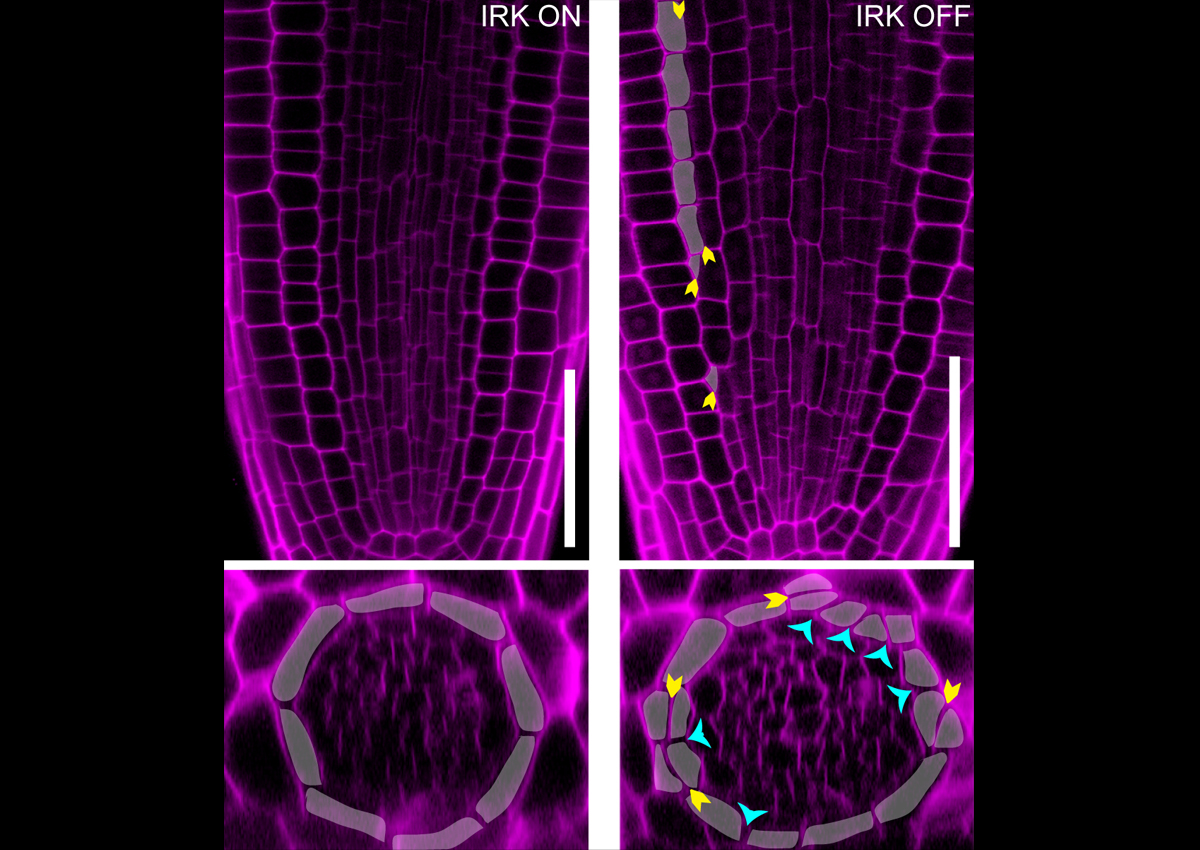 Research conducted at the University of California, Riverside (UC Riverside) has identified a protein that controls plant growth. The protein, IRK, was found in the root cells of a plant related to mustard while researchers were looking for clues to the ways plant cells divide or expand.

According to Jaimie Van Norman, assistant professor of plant sciences at UCR and leader of the study, when IRK is present, the root perceives a signal that tells cells not to divide. "This discovery gives us another way to control growth," Van Norman said. "Understanding how the plant itself stops growth can also allow us to accelerate growth."

The research shows that turning off the gene producing IRK causes an increase in the number of times the plant's root cells divide. Additional cells can lead to bigger roots, and perhaps to plants that are better at taking up nutrients from the soil and grow larger. The research group now hopes to understand whether bigger roots survive stress better. Some of the biggest challenges to crops include drought and high levels of salinity in soils.