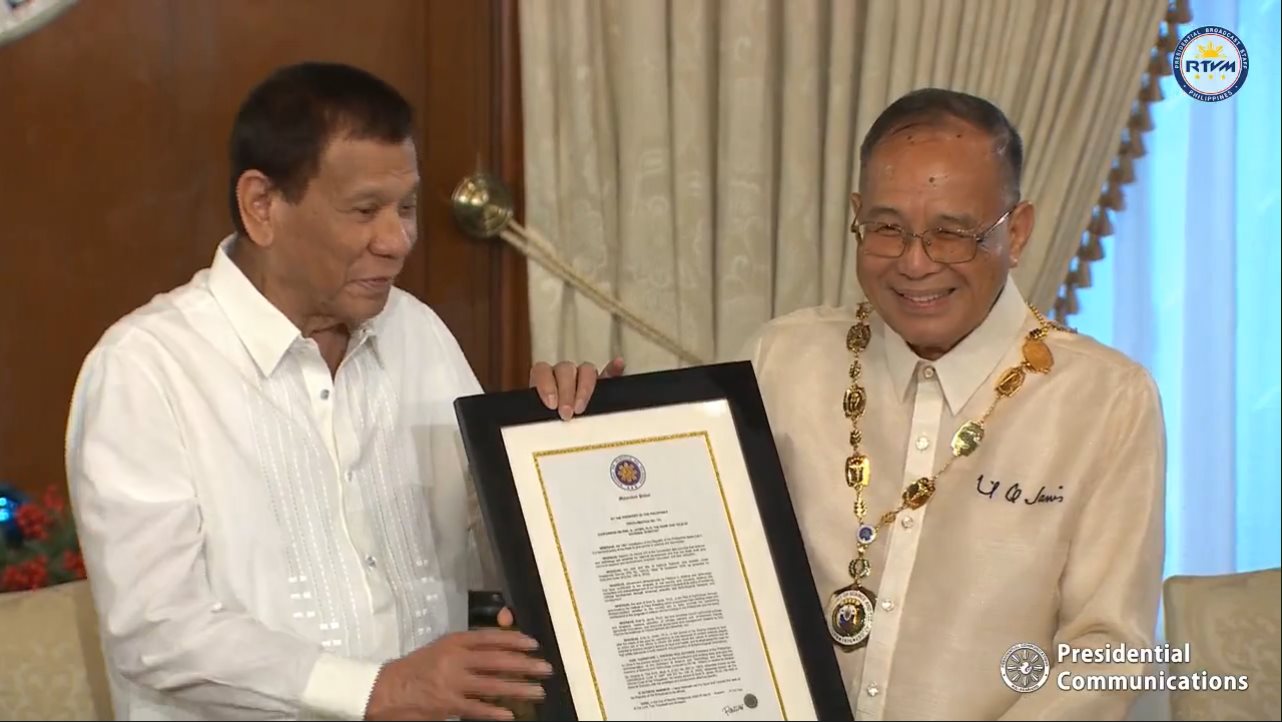 President Rodrigo Roa Duterte formally presented the rank and title of Order of National Scientist to Dr. Emil Q. Javier, former Minister of Science and Technology and an advocate of agricultural modernization, during a ceremony held at Malacañang Palace on January 7, 2020.

In August 2019, the president released Proclamation 781 which recognizes Dr. Javier's outstanding work in the field of agriculture and his contributions to the progress of science and technology in the Philippines and the world. It also highlighted Dr. Javier's commitment to addressing the needs of the poor through modern science, as well as the active role he is playing in informing the public about how science can be used to improve access to food and health, and in ensuring high safety standards in research and production of biotechnological innovations.

In his speech, Dr. Javier shared his great joy for the honor but said that it is mixed with pain and embarrassment of not having done enough. He said, "Mr. President, the joy is diminished by the painful reality that our farmers and fisherfolk remain impoverished and food insecure." However, he also said that the government's current initiatives for the agricultural sector is giving hope that change is indeed coming, and that agriculture will finally receive the attention it deserves.

In the end, Dr. Javier called for tough political decisions and more unified action for agriculture. "We have the technology and expertise to move agriculture forward. We can do much better if only we can put our act together." he said.

Dr. Javier is currently the Chair of the Coalition for Agriculture Modernization in the Philippines (CAMP) and is an advocate of using modern biotechnology for the benefit of society. Together with SEARCA Biotechnology Information Center, he authored a policy brief on the broad scientific consensus on safety of GMO technology and benefits of the CRISPR-Cas9 system.