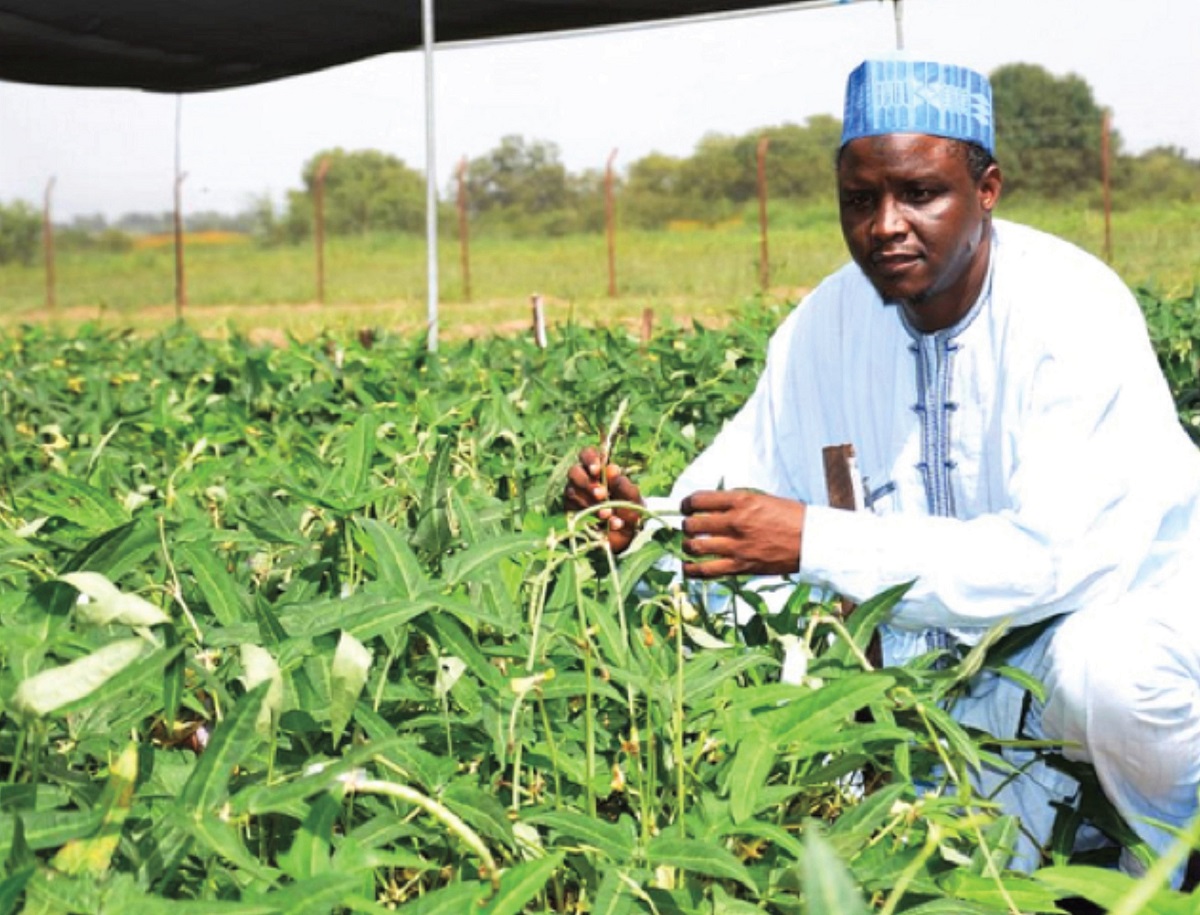 The Federal Government of Nigeria has approved commercialization of a biotech cowpea variety resistant to pod borers. This development places Nigeria as the first country ever to commercialize genetically improved cowpea.

The National Committee on Naming, Registration and Release of Crop Varieties approved registration and commercial release of the pod borer resistant (PBR) cowpea at a meeting held on December 12, 2019 in Ibadan. The approval is a culmination of more than ten years of intensive trials of genetically modified (GM) cowpea and a breakthrough in eradicating Maruca vitrata pod borer, an insect that can cause up to 80 percent yield loss.

The new variety, named SAMPEA 20-T, was developed by scientists at the Institute for Agricultural Research (IAR), Ahmadu Bello University, Zaria in collaboration with several partners under the coordination of the African Agricultural Technology Foundation (AATF). According to the PBR cowpea project's Principal Investigator Prof. Mohammad Ishayaku, SAMPEA 20-T is high yielding, early maturing and also resistant to Striga and Alectra, two notorious parasitic weeds that are a major constraint to cowpea production in most producing areas in Nigeria and other dry savannah regions. "The protein and nutrients' content of variety SAMPEA 20-T is the same as that of other conventional varieties meaning that the Bt gene that was introduced into the variety has no negative influence on the nutritional composition of both grain and fodder," said Prof. Ishiyaku.

AATF Executive Director Dr Denis Kyetere thanked the Federal Government of Nigeria for releasing the new cowpea variety saying it showed its commitment towards improving the livelihoods of smallholder farmers. "Cowpea farmers have had to endure difficult farming conditions that required them to spray their crop 6-8 times, posing health risks," said Dr. Kyetere. PBR cowpea will contribute to addressing the national cowpea demand deficit of about 500,000 tonnes and improve the national productivity average of 350kg/hectare.