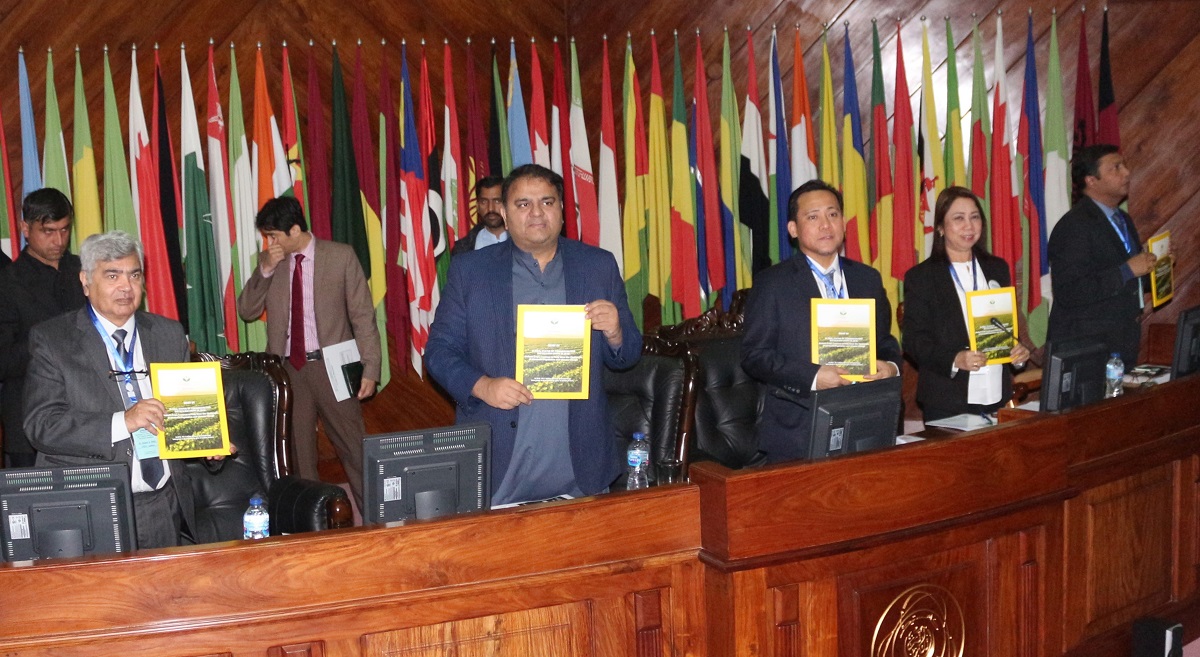 "Pakistan must take advantage of the latest technologies, in particular biotechnology, for the advancement of agriculture," says Mr. Fawad Chaudhry, Federal Minister for Science and Technology, during the National Dialogue on Agricultural Biotechnology for Food Security held on December 11-12, 2019 at COMSTECH Auditorium in Islamabad. The event was organized by Pakistan Biotechnology Information Center (PABIC) Lahore Chapter, in collaboration with Forman Christian College University (FCCU) and the United States Department of Agriculture (USDA).

The Minister added that it is the top priority of the Ministry of Science and Technology to promote the development and commercialization of agricultural biotechnology in the country. He also reinforced the sentiment that the Government should establish a legal and regulatory environment that is conducive to investment and transfer of technology. He further promised that the National Biotechnology Commission will be revived to expedite the introduction of biotechnology.

The purpose of the two-day dialogue was to review the status of agricultural biotechnology and highlight the constraints in its successful adoption in Pakistan. The ISAAA report on the Global Status of Commercialized Biotech/GM Crops in 2018 was also launched. The event was attended by scientists, policymakers, representatives from leading biotech institutes, academia, crop science industry, farmers, and other stakeholders.