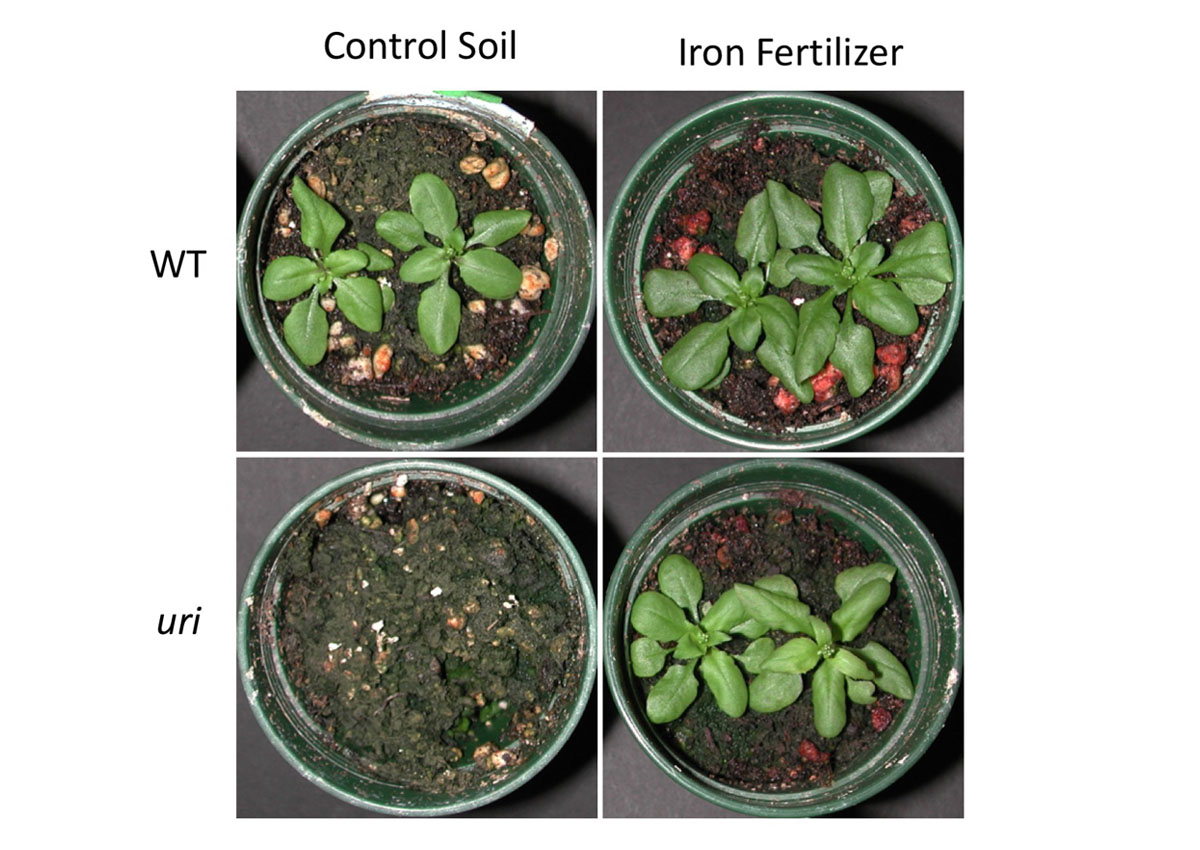 Researchers studied iron uptake in Arabidopsis thaliana, both the wild type (WT) and with the URI gene mutated, to learn how plants bring in iron. The removal of the URI gene (lower left photo) prevents the uptake of iron and causes the plant to die. Photo Source: Sun A Kim / Dartmouth College

Researchers at Dartmouth College in New Hampshire have discovered a gene that controls the regulation of iron uptake in plants. The newly-discovered gene, known as Upstream Regulator of IRT1 (URI), controls when genes should be expressed in plant roots to begin iron uptake. According to the team, URI controls as many as 1,500 other genes, including those that have nothing to do with iron.

The researchers found that the URI protein is always present in plants, and this constant presence created the additional challenge of understanding how the protein senses the status of iron sufficiency in order to regulate itself and avoid toxic overexposure to the element. However, the researchers found that the abundance of URI protein is not changed by iron conditions. Under iron-poor conditions, the protein combines with a phosphate molecule and activates a sequence of genetic events to turn on the iron uptake system. URI also controls a protein that shuts down the transport of iron through the plant root under iron-sufficient conditions.

Iron plays a key role in photosynthesis and plant growth, but it is highly reactive and toxic that plants tend to overregulate it. The research team is now developing a plant with a regulator that stays in the "on" position for a longer amount of time. Their goal is to have plants take up enough iron for the benefit of human consumption.

For more details, read the news release from Dartmouth College.