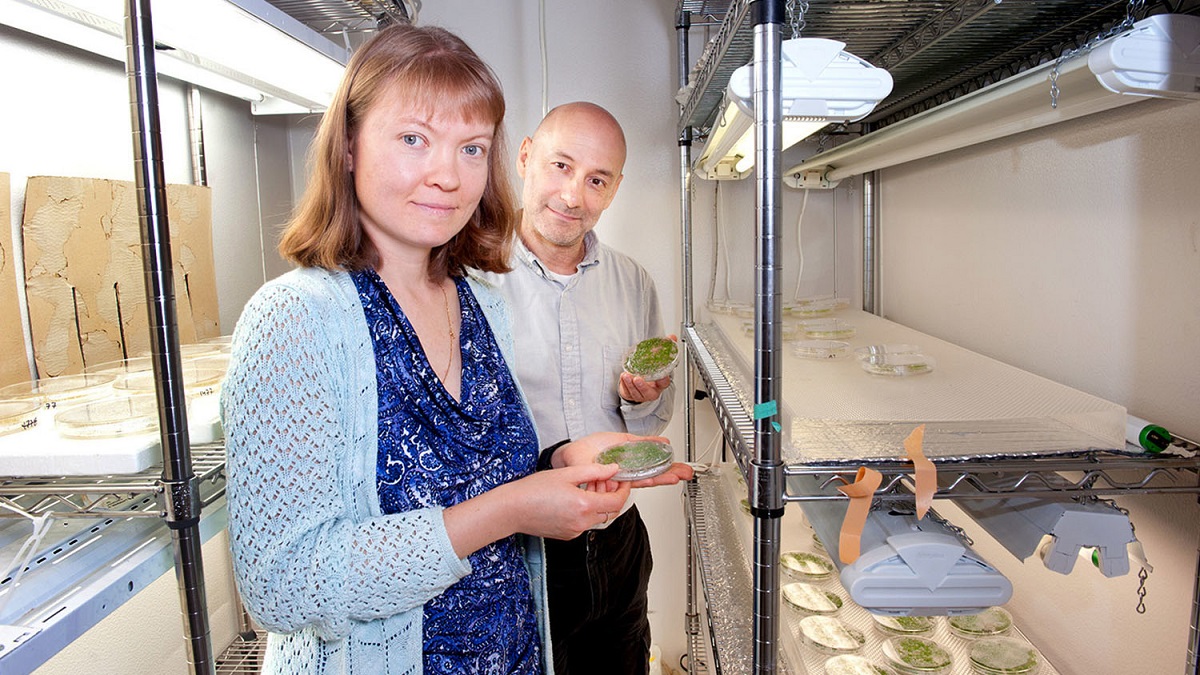 Anna Stepanova and Jose Alonzo are part of the team of scientists who developed a new recombineering toolset that can produce GM plants more efficiently. Photo from NC State University.

A team from the North Carolina (NC) State University developed a new plant toolset that promises to improve the precision and reliability offundamental plant science, allowing faster and easier recombineering of plant genes to produce innovative plant traits such as pest resistance, increased yield, and longer growing seasons in crops.

The NC State Scientists are tapping into recombineering, a method known to introduce genetic changes to large DNA segments. However, recombineering is not popular among scientists as most still prefer using classical transgenesis in gene-tagging studies due to its efficiency and accessibility. Thus, the NC State scientists developed a recombineering-tagging system that combines the classical transgenic approaches and the high precision results-feature of gene editing through direct chromosomal tagging.

The toolset, as the developers call it, can be used to introduce genetic modifications in almost any crop, most especially in Arabidopsis plants. The toolset includes one tool used to add glowing tags to proteins of interest, one to easily cut off problematic DNA sequences, and another to ease the transfer of specific genetically modified genes to plants. Another feature of the toolset is the flexibility of its protocols, as it can be used for the investigation of a single gene, or even 96 genes at a time. Lastly, the scientists claim that the toolset can be used to insert multiple modified genes into a single plant.

The developers hope to make recombineering technology more accessible to the point that any molecular laboratory can do it, and not just the specialized labs. The simple, scalable, and customizable recombineering toolset and its accompanying protocols aim to allow for faster and easier research and development of a variety of genetic modifications.

Read more from NC State University and see the abstract in Plant Cell.