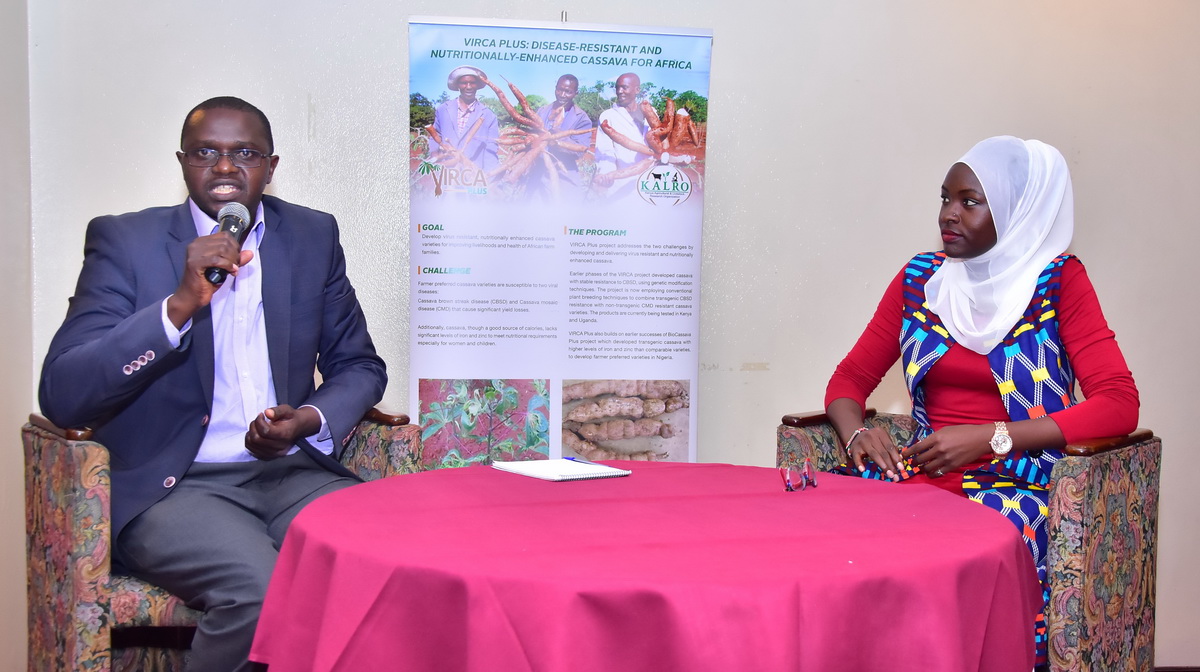 A weak link between biotech crop scientists and media editors has been cited as a major impediment to more balanced and accurate reporting about agricultural biotechnology in Kenya. This emerged after scientists attending a Science Café held in Nairobi lamented that the media sometimes misrepresent scientific facts thus causing anxiety and public mistrust of science projects.

The Café, also attended by editors and journalists, resolved to establish a strong scientist-media linkage for improved reporting about crop biotechnology. The scientists were challenged to scale up engagements with journalists by reaching out to editors under the Kenya Editors' Guild.

Speaking during a panel discussion, Zeynab Wandati, a content editor of a local television station challenged agri-biotech scientists to engage the Editors' Guild to ensure editors deepen their understanding on biotech crop research and development. "The Editors' Guild has several engagements throughout the year and scientists need to capitalize on this opportunity," Wandati said. "Getting this conversation going between scientists and editors will help a great deal," she added. Dr. Douglas Miano, the country Principal Investigator of the Virus Resistant Cassava for Africa (VIRCA Plus) project, appealed for journalists' patience when looking for information from scientists. He encouraged journalists to always contact scientists whenever they want a clarification on research projects they wish to cite in their stories.

The Science Café, themed ‘Bridging the Gap between Scientists and Journalists', was co-organized by VIRCA Plus, Open Forum on Agricultural Biotechnology in Africa-Kenya Chapter (OFAB-Kenya) and ISAAA AfriCenter. The aim of the café was to discuss strategies that can effectively help address challenges of science communication from both the media and scientists' perspectives.

For more information on this and other biotech developments in Africa, contact the ISAAA AfriCenter Director, Dr. Margaret Karembu, at mkarembu@isaaa.org.