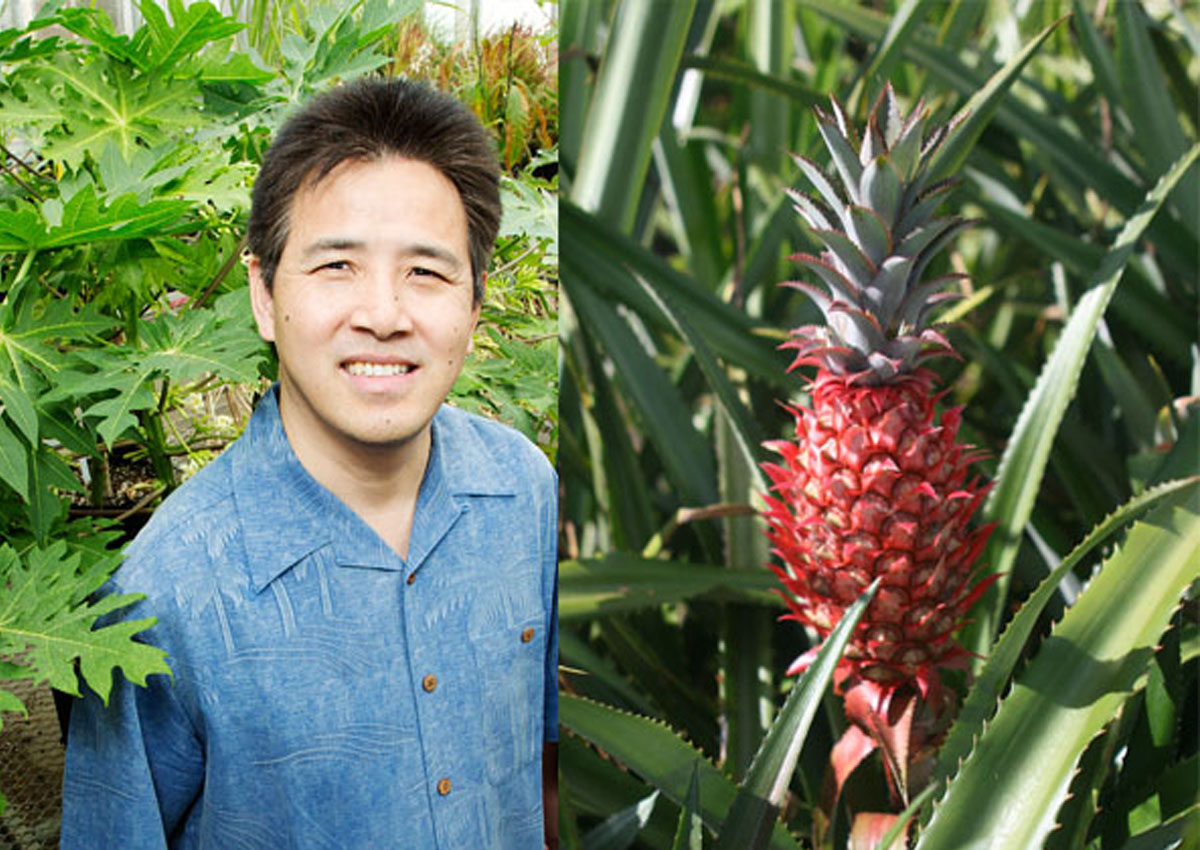 Researchers have now gained new insights on how human agriculture helped shape the evolution of pineapple. Led by University of Illinois Professor of Plant Biology Ray Ming, the international team of researchers published their analysis of the genome of the red pineapple, a plant grown for fiber production and as an ornamental, in Nature Genetics. The research team also examined new sequence data for other key pineapple cultivars grown for fruit, leading to new insights into the genetic responses of the plant to centuries of domestication and cultivation.

The study supports the hypothesis that domestication of crops that are propagated without using seeds, through cuttings or other means, can be domesticated in a single step. Ming and his team assembled the genome of red pineapple, Ananas comosus var. bracteatus, grown in gardens for decoration or to form a security hedge. Unlike other pineapple cultivars, this pineapple is able to self-pollinate.

The research group sequenced and assembled the red pineapple genome using the genome of previously sequenced fruit pineapple as a reference and comparator. They also re-sequenced the genomes of 89 pineapple accessions from multiple cultivars. They were able to trace how natural and artificial selection shaped key traits and established distinct varieties. The researchers hypothesized that for some cultivars, domestication was achieved in a single step rather than years of breeding. Comparison across genomes also revealed genes that support traits distinguishing different cultivars and yielded additional evidence for the involvement of certain genes in allowing or prohibiting self-pollination.

For more details, read the news article in the University of Illlinois website.