Adoption of GE Corn, Cotton, and Soybeans in the U.S. Close to Saturation, USDA-ERS Reports 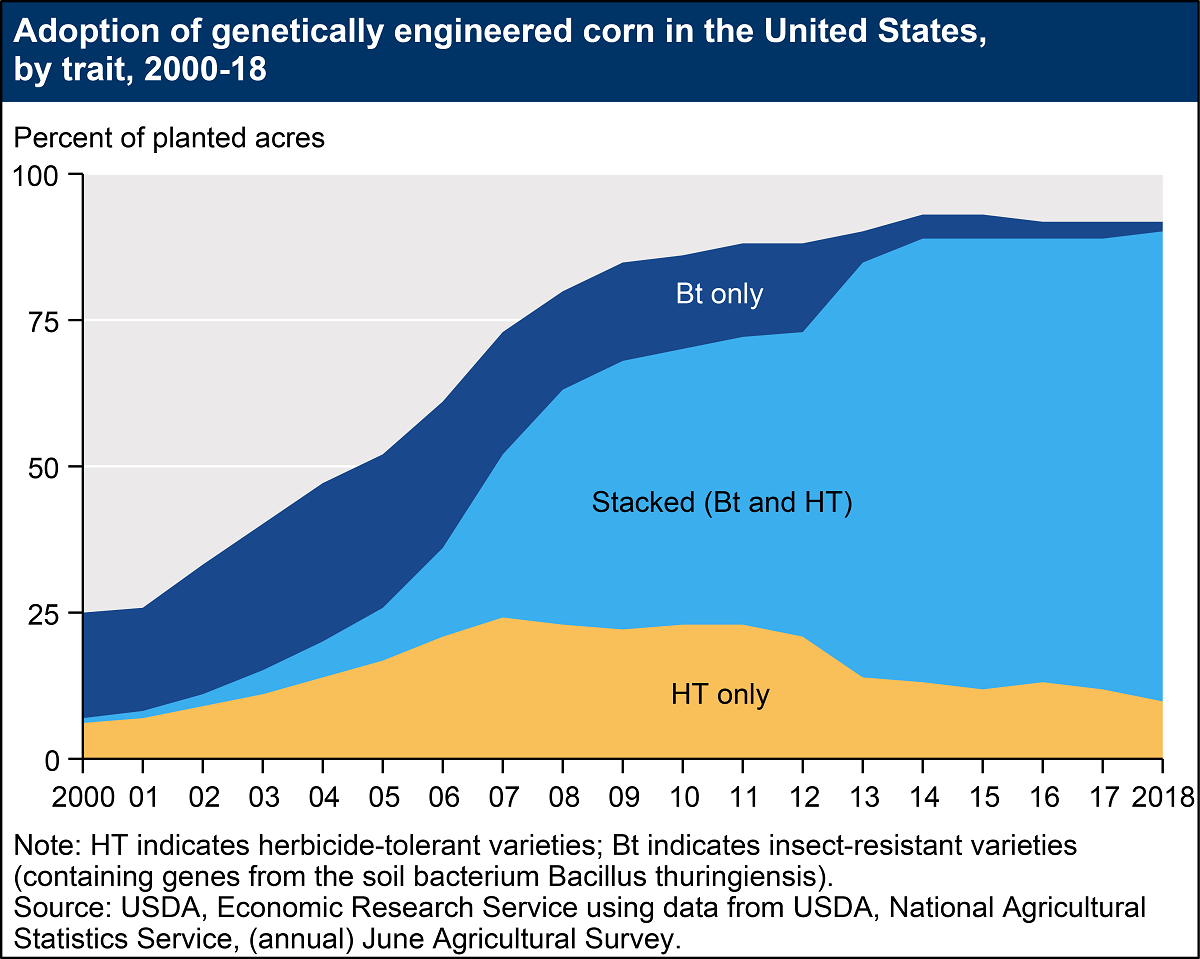 Adoption of GE crops with stacked traits accelerated in recent years, providing farmers with better seeds with multiple traits optimal for production. In 2018, approximately 82% of cotton and 80% of corn planted in the US were stacks. This is according to the Adoption of Genetically Engineered Crops in the US published by the US Department of Agriculture's Economic Research Service (USDA-ERS).

Stacked seeds containing both HT and Bt traits continuous to accelerate, taking up a higher percentage of planted acres than GE crops with single traits. Global use of GE seeds are available in the ISAAA report, Global Status of Commercialized Biotech/GM Crops: 2018.

Read more about the recent trends in GE Adoption in the US from the USDA-ERS website.