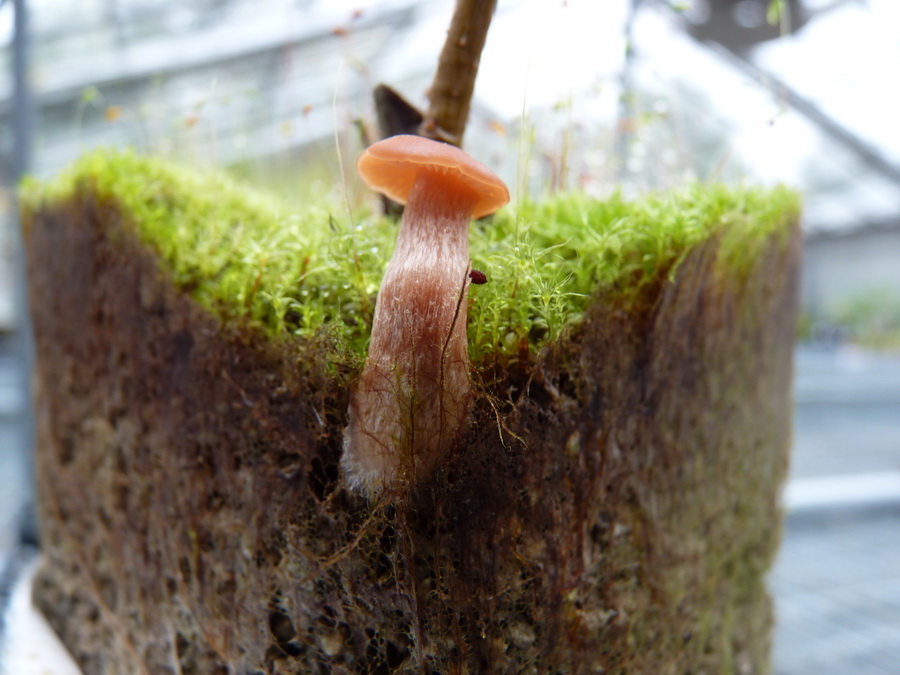 A team of scientists from the U.S. Department of Energy's Oak Ridge National Laboratory (ORNL) has discovered the gene that controls an important symbiotic relationship between plants and soil fungi, and successfully facilitated the symbiosis in a plant that typically resists it.

The discovery came after 10 years of research at ORNL and partner institutions exploring ways to improve bioenergy feedstock crops such as Populus, or poplar tree. The scientists looked at the symbiosis formed by certain species of Populus and the fungus Laccaria bicolor. They used supercomputing resources and genome sequences to narrow down the search to a receptor protein, PtLecRLK1. Once they had identified the likely candidate gene, the researchers worked to validate their findings. They inoculated an engineered version of Arabidopsis that expresses PtLecRLK1 with the fungus which completely enveloped the plant's root tips, forming a fungal sheath indicative of symbiote formation.

According to Wellington Muchero, ORNL quantitative geneticist, they have converted a non-host into a host of this symbiont. Their success at making Arabidopsis interact with the fungus can now be used to perform similar studies on other biofuel crops such as switchgrass, or food crops like corn. He added that their findings have opened up opportunities in diverse plant systems while needing just one gene.

For more details, read the news article on the ORNL website.