Ornamental plants are grown for decoration, rather than food or raw materials. They are most often intentionally planted for aesthetic appeal. However, ornamental plants also serve some less obvious uses such as for fragrance, for attracting wildlife and for cleaning the air.1 Ornamentals encompass a wide array of plants and are classified into several groups: cutflowers, ornamental grasses, lawn or turf grasses, potted and indoor plants, bedding plants, trees and shrubs.

Cutflowers are those cut from the plant, thorns trimmed, and ready to be used in fresh flower arrangements. Common cutflowers include roses, carnations, chrysanthemums, tulips, lilies and gerberas.2 Ornamental grasses are allowed to grow to its full potential and are used in the landscape in the same way as perennials or other ornamental plants. These include the sedges, rushes, restios, and cat-tails.3 Lawn or turf grasses are perennial grasses or creeping legumes that ensure a complete cover of the ground as desired in places like private lawns, golf courses and sporting fields.4

Potted and indoor plants are grown in residences and offices for decorative purposes, positive psychological effects, or health reasons such as indoor air purification. Common potted plants are bonsais, cacti, Dracaena, Ficus, poinsettia, and bromeliads.4 Bedding plants are grown, usually in quantity, in pots or flats in greenhouses and are intended to be transplanted to a flower garden, hanging basket, window box, or other outdoor planters. Some important bedding plants are impatiens, marigolds, and petunias.5

Trees and Shrubs are cultivated for gardens and landscaping. Ornamental trees include cherry blossoms, cedar, mulberry and different palms. Meanwhile, ivy, lavender, magnolia, Hibiscus and Ficus species are the most common ornamental shrubs.4

Uses of Biotechnology in Ornamental Horticulture

Cellular engineering in ornamentals are mainly focused on micropropagation and haploid and polyploidy breeding. 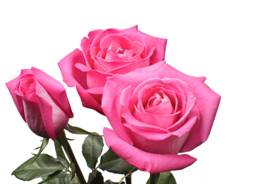 Micropropagation. Ornamental industry has relied immensely on micropropagation, using it for large-scale plant multiplication of elite superior varieties. Micropropagation is the desired approach for ornamental crops since propagation by cloning are relatively faster and creates exact replicas of the mother plant.6

Haploid breeding. Using this method, disease-free, haploid individuals (those that only have half the number of chromosomes) can be obtained resulting in dwarfed ornamentals such as the Pelargonium variety “Kleine Liebling” and the rose hybrid “Sonia”. Haploid breeding can also easily produce homozygous individuals upon chromosome doubling, accelerating the breeding process.6

Polyploid breeding. In ornamental horticulture, polyploid individuals (those with multiple sets of chromosomes) are widely used for their improved characters such as larger flowers and thicker petals. Polyploid individuals can either spontaneously appear in nature or be induced by in vitro chromosome doubling.6 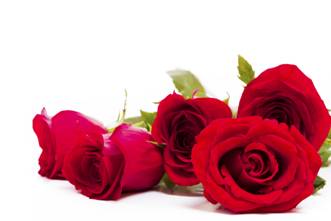 Genetic modification (GM) has been used for the development of varieties of numerous important food species. Though not at the same scale, there are also research efforts in the field of ornamental plants for varietal development, especially for flowering ornamentals.7 Development of these new varieties through hybridization or mutagenesis can be very difficult, lengthy, or improbable if varieties are completely sterile, such as orchids.8 Genetic modification answers these constraints and provides a way for variety improvement. Table 1 provides a list of genes used in the development of GM ornamentals. Biotechnology also shortens the duration of variety development in an industry where phenotypic novelty, such as flower color, is an attractive marketing factor.9

Several traits of ornamental plants have already been modified including flower color, fragrance, flower shape, plant architecture, flowering time, postharvest life and resistance for both biotic and abiotic stresses. Currently, at least 50 ornamental plants can now be transformed.7 Transgenic ornamentals have been produced by several different techniques, the most common techniques being Agrobacterium-mediated transformation and particle bombardment.10

Ornamental plant traits are classified according to their value in the market chain. There are traits with more value to the grower than to the consumer. These are traits related to ease of production and shipping such as disease resistance and shelf life. Meanwhile, other traits have more value to the consumer such as novel colors, dwarfed plants, modified growth, improved fragrance, flower shapes and flower sizes. A third category includes breeder traits such as traits that affect seed production such as male sterility11. 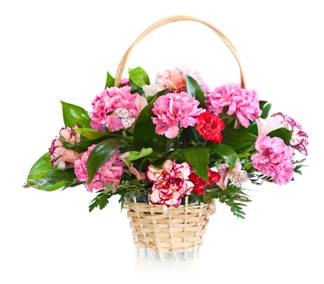 Carnation
To date, the “Moon” series from Suntory Limited and Florigene Pty Ltd are the only GM ornamental products commercialized on a significant scale. The Moon series carnations, containing various flower colors, have been commercially available in Australia, European Union, Japan and USA since the late 1990s while Colombia approved them in the early 2000s.12,13 In recent years, four new carnations were added to the “Moon” series namely: Moonpearl (lavender), Moonique (purple), Moonberry (light purple) and Moonvelvet (dark purple) carnations. These four recent events have been approved for commercial use in Malaysia in 2012.12 Carnations with longer vase life have been developed, but were not commercialized.21

Chrysanthemum
Chrysanthemum is one of the most important ornamental plants in the world.7,17,18 Like rose and carnation, molecular breeding for the blue chrysanthemum is on-going.18,19 Then again, molecular technology has been widely used to improve other aspects of chrysanthemum.20 These include insect resistance, flower color modifications, abiotic stress resistance, pollination control and altered plant architectures achieved through various transformations techniques.7,19,20 Currently, there are no GM chrysanthemums commercially available yet. 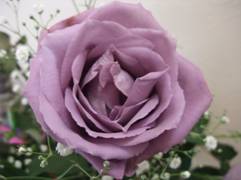 Roses
The most popular transgenic today is the blue rose. This transgenic rose contains three-genes: a synthetic RNA interference gene to shut off the DFR gene, a delphinidin gene from blue pansy, and another DFR gene from iris that had an affinity for producing delphinidin.13 Although the resulting rose is more lavender than blue, Suntory released the blue rose “APPLAUSE” in Tokyo, Japan in 2009.14 In November 2011, Suntory introduced the blue rose in North America.

Researchers in Suntory are now considering different approaches, including other bluing factors, for the development of a true blue rose.15 Fragrance is also a trait being researched on since most of the rose cultivars that came from Hybrid Tea roses have inadvertently lost their fragrance due to the selection, being more focused on vase life and flower form.16

Petunia
Currently, the Petunia-CHS, an event with an altered flower color developed by Beijing University, is the lone petunia event commercially available.12 Ornamental Biosciences in Germany is now focusing on improved abiotic stress resistance, specifically frost tolerance. This would increase the range of environments in which this bedding plant could be grown.7

Commercialization of GM food and industrial crops will continue to outpace horticulture and there will be just a few of new GM ornamentals reaching the marketplace. Despite the numerous ornamental traits being researched on, the study of ornamental plants will still lag behind due to their long life period and its complicated genetic background.6

However, biotechnologies renew everyday, and researchers in ornamental horticulture should take advantages of these technologies to use with their own specifications, and finally promote the development of research and industry. Hence, it can be expected that more GM ornamental products will be released in the future.6,9 As more GM cutflower varieties are released, public awareness will increase. Certain traits of ornamental horticulture may also be compatible to the production of secondary metabolites, including pharmaceuticals.9