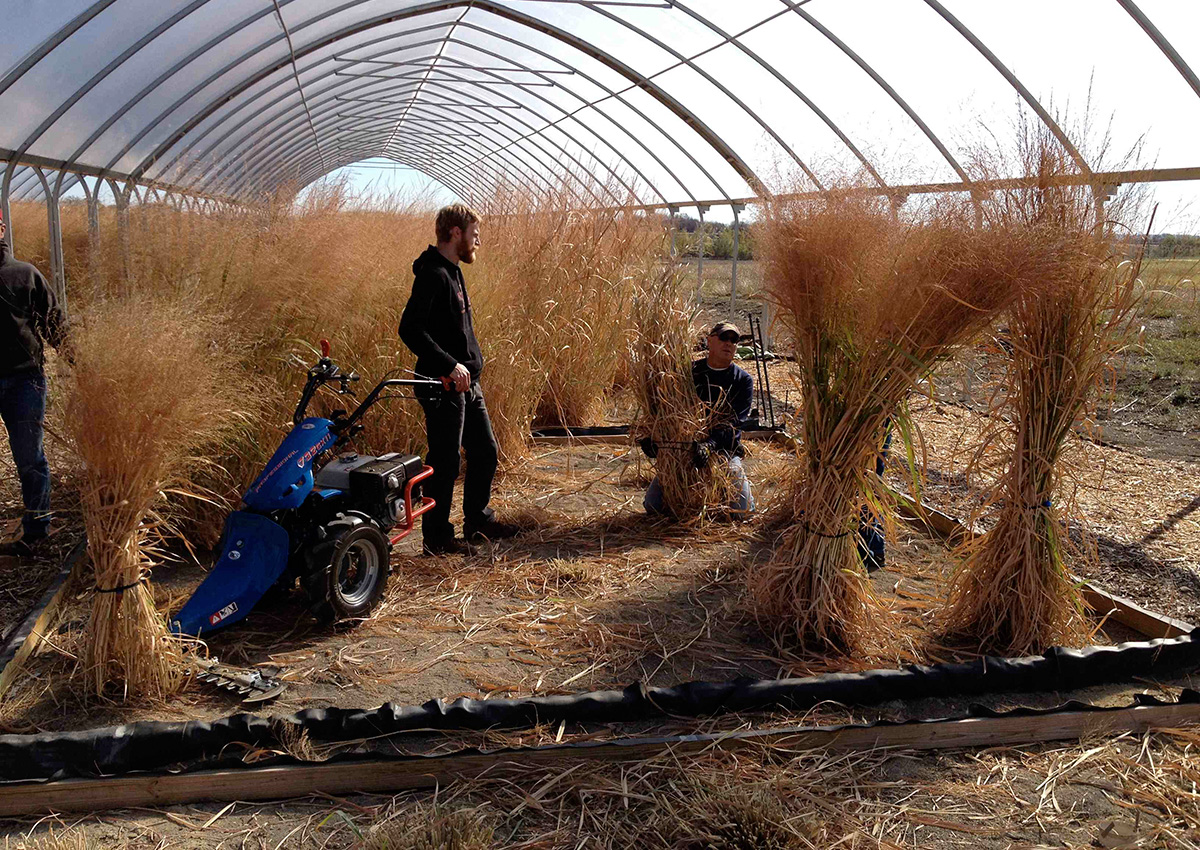 A collaborative team effort led by researchers from the University of Texas at Austin, the HudsonAlpha Institute for Biotechnology, and the U.S. Department of Energy Joint Genome Institute has produced a high-quality reference sequence of the complex switchgrass genome. The samples for the research project were collected from 10 experimental gardens located in eight states.

Switchgrass, an emerging bioenergy crop, has a large polyploid genome, which means most genes are found as multiple copies across the chromosomes. New sequencing technologies allowed the researchers to build necessary genome resources to directly test for genes involved in biomass yield and climate adaptation in switchgrass, despite its physical size and genome complexity.

The switchgrass genotypes planted in the common gardens were sequenced and the researchers were able to identify many regions in the switchgrass genome that are associated with genetic differences that lead to productivity in different environments. The team has developed a database of genes that underlie adaptation to climate, providing breeders with a strong foundation to improve crop productivity under specific climates.

The high-quality reference genome of switchgrass is available on the JGI plant data portal Phytozome. For more details about the research, read the article in JGI News and Publications.