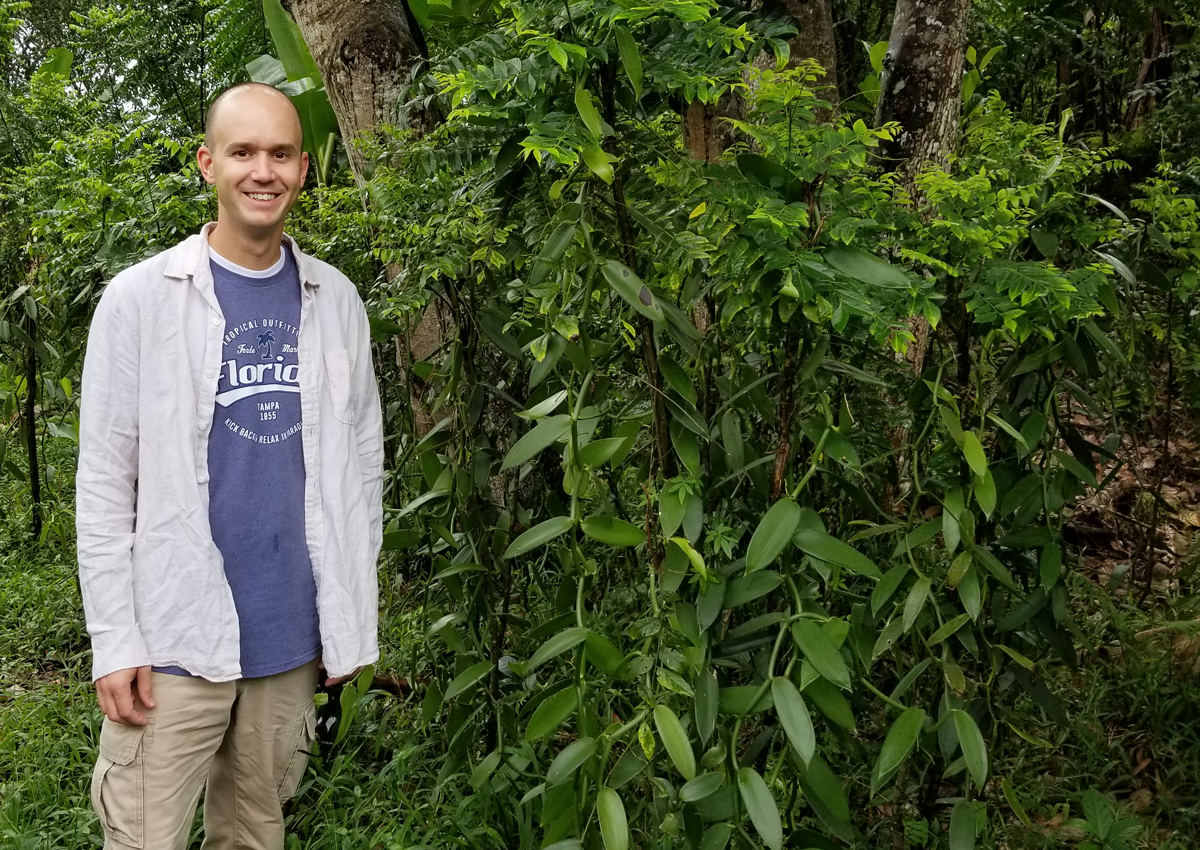 Dr. Alan Chambers by vanilla vines in Madagascar. Photo Source: Dr. Alan Chambers
University of Florida scientists led by tropical plant geneticist Dr. Alan Chambers have developed a tool to unlock the genetic traits that pinpoint the vanilla variety that produces an abundance of beans, grows efficiently and sustainably, with consumer-approved taste. The results of this study are published in a paper in Nature Food.

Together with researchers at Elo Life Systems, a North Carolina-based food and agriculture company, Dr. Chambers co-led the generation of a "chromosome-scale" sequencing of vanilla DNA. Four vanilla species were sequenced from a collection of more than 300 varieties established at the Homestead research facility. The sequencing project provided genetic information that lays the groundwork for desired genetic traits.

The team sequenced various cultivars from the Tropical Research and Education Center (TREC) collection: Vanilla planifolia, Vanilla tahitensis, Vanilla mexicana, and Vanilla pompona. Among the critical findings in the research, Chambers explained that while all commercial vanilla plants are vulnerable to a fungal pathogen, related species such as V. pompona are resistant to the pathogen and could provide a genetic route to creating a disease-resistant V. planifolia.

"The vanilla genome will support our vanilla breeding program that seeks to improve bean quality, disease resistance, and yield while lowering production costs," Dr. Chambers said. The University of Florida currently has one of the largest vanilla diversity collections in the world, including around 300 accessions and over 20 vanilla species. While the USA is the world's largest importer of vanilla beans, Madagascar is the largest producer, supplying 80% of the world's vanilla.

For more details, read the article at the University of Florida Blog.