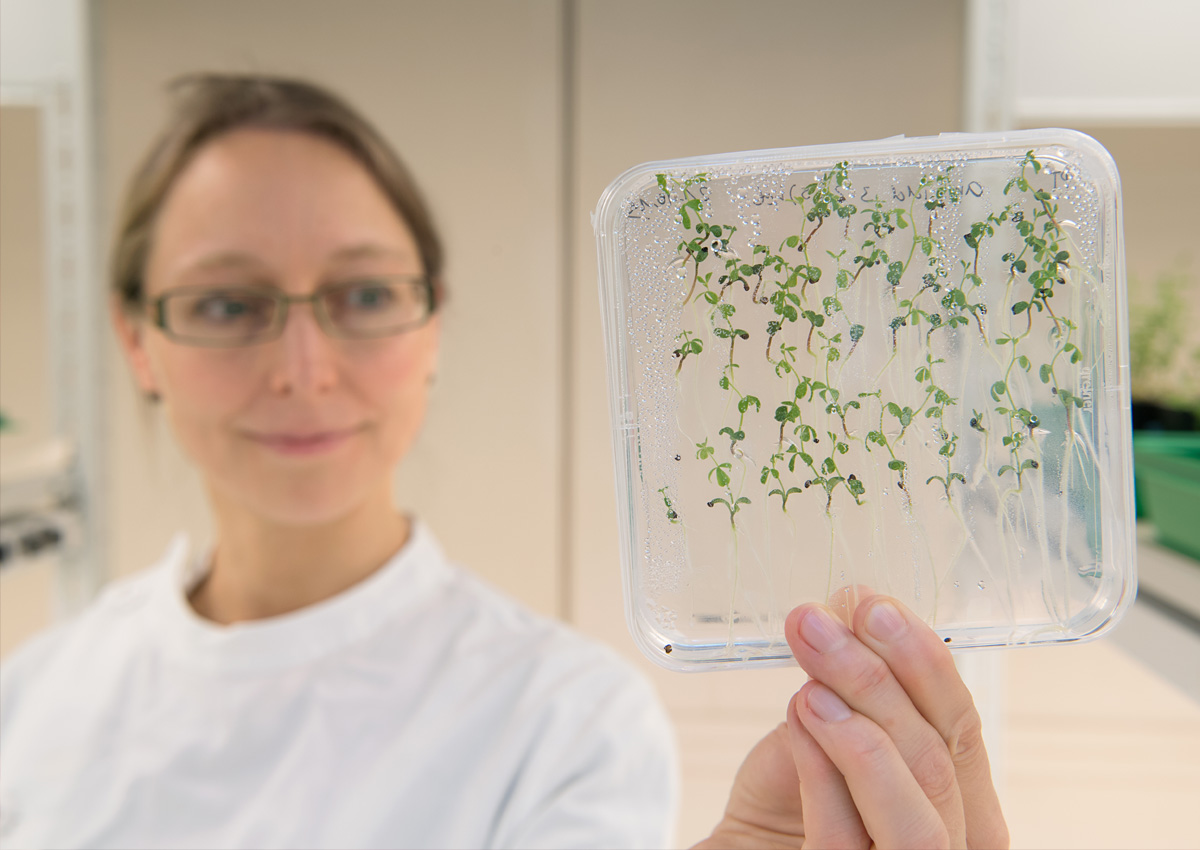 Caroline Gutjahr, Professor of Plant Genetics at the TUM School of Life Sciences, looks at the seedlings of the Lotus japonicus plant in a walk-in climatic chamber for controlled plant cultivation. Photo Source: Uli Benz/TUM

A research team at the Technical University of Munich (TUM) led by Professor Caroline Gutjahr has found new communication channels for hormones that influence root growth.

The protein SMAX1 slows down the production of ethylene, the plant hormone that triggers or accelerates the ripening of numerous fruits and vegetables. Ethylene can also trigger other processes in plants. When less of the gaseous hormone is produced in the plant, this stimulates the plant to grow long roots and short root hairs. It is also understood that the SMAX1 brake can be released if the Karrikin signaling pathway is activated, which brings another hormone into play. This turns on the production of ethylene, which means that the roots stay short and the root hairs grow longer.

According to Gutjahr, the mechanism has an enormous influence on the roots of the legume Lotus japonicus, the model plant for peas, beans, and lentils which was used in their study. However, the team observed that the mechanism has a weaker influence on the roots of the model plant Arabidopsis thaliana. The team is researching how carrikin and ethylene signaling pathways react to different environmental conditions. They want to find out how these two signal paths work together with the sensors with which a plant perceives various environmental influences.

For more details, read the article on the TUM website.