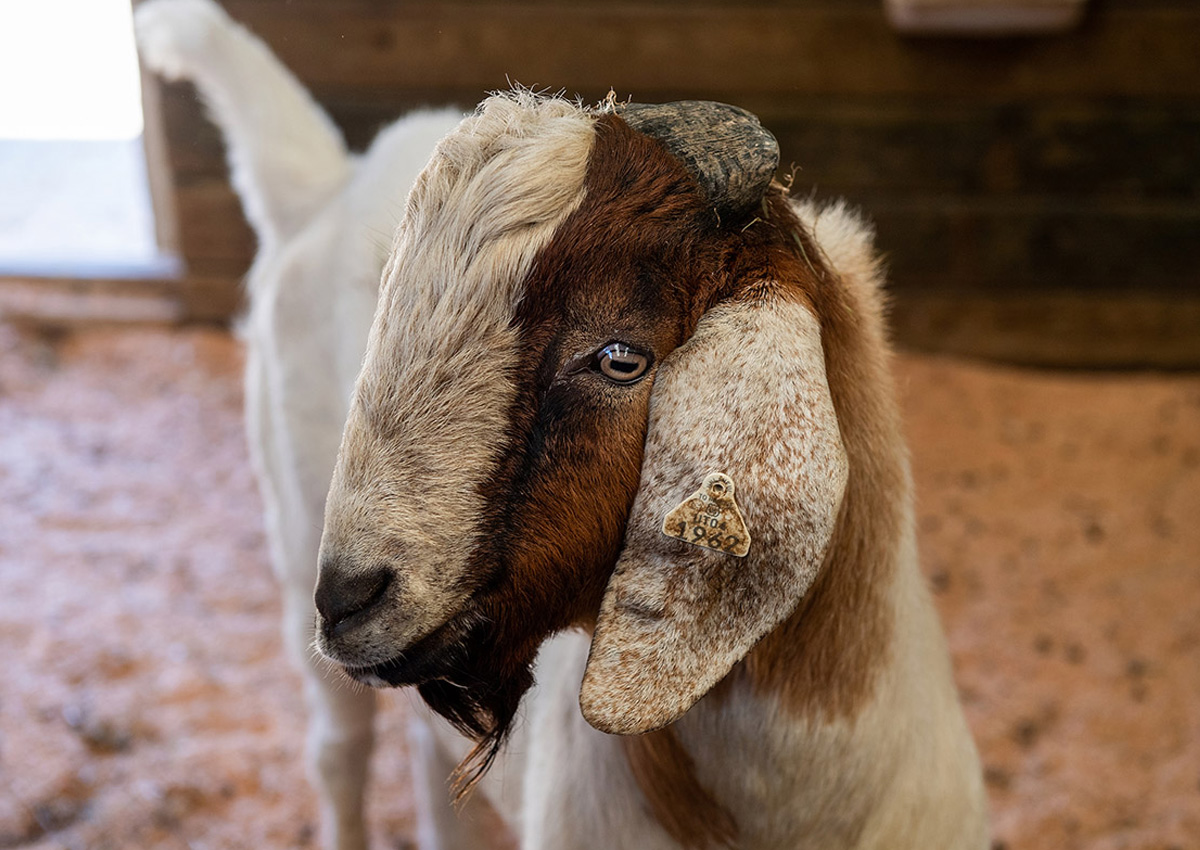 One of the "surrogate sire" goats on the WSU Pullman campus. Photo Source: Washington State University

Scientists have created pigs, goats, and cattle that can serve as viable "surrogate sires," male animals that produce sperm carrying only the genetic traits of donor animals. This development could speed the spread of desirable characteristics in livestock and improve food production for a growing global population.

A research team at Washington State University led by Jon Oatley, a reproductive biologist used CRISPR-Cas9, to knock out a gene specific to male fertility in the animal embryos that would be raised to become surrogate sires. The male animals were then born sterile but began producing sperm after researchers transplanted stem cells from donor animals into their testes. The sperm from the surrogate sires held only the genetic material of the selected donor animals.

The researchers used CRISPR-Cas9 to produce mice, pigs, goats, and cattle that lacked a gene called NANOS2 which is specific to male fertility. The male animals grew up sterile but otherwise healthy, so when they received transplanted sperm-producing stem cells from other animals, they started producing sperm derived from the donor's cells.

For more details, read the article in WSU Insider.