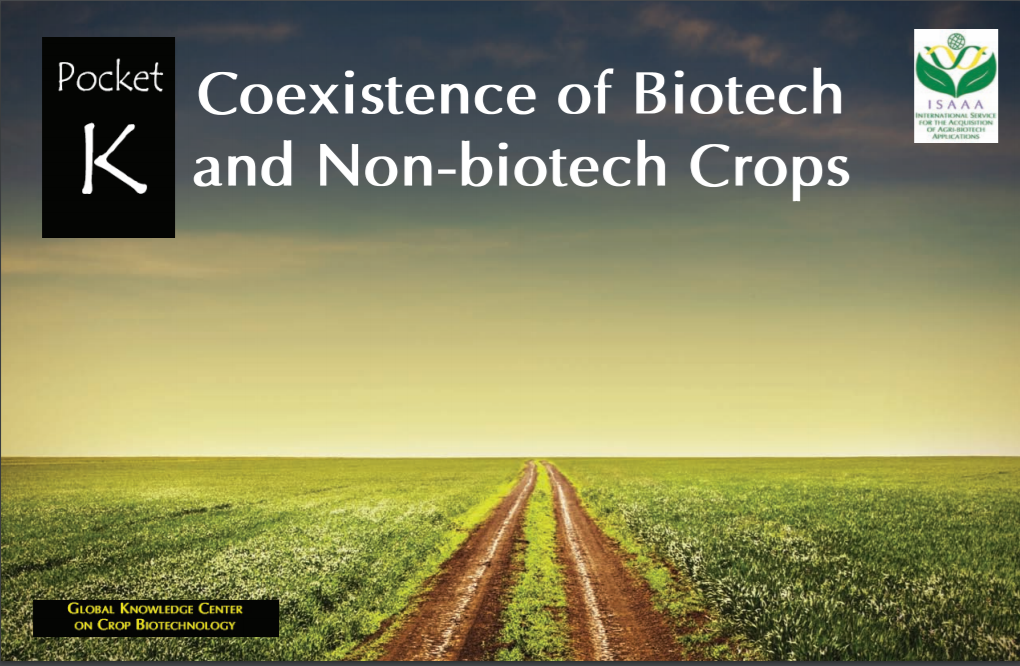 The world accommodates nearly 7.8 billion people in 2020. By 2050, world population is expected to reach 9.8 billion. With the exponentially growing population, decreasing resources, and intensifying climate change, it is compelling to adopt various production systems to attain food security. Thus, coexistence of different production systems has become a viable option for some countries.

The US Department of Agriculture has defined coexistence as simultaneous planting of conventional, organic, identity preserved, and genetically engineered (GE) or biotech crops in contiguous locations, in line with consumer preferences and farmer choices. Conventional crops are produced from non-GE crop varieties and do not follow the standards for cultivation of organic produce. Organic crops are planted based on national organic regulations. Identity preserved (IP) crops have assured quality that is the same with the breeding stock. GE crops are produced using seeds developed through modern biotechnology techniques. Thus, coexistence gives the farmers the freedom to choose the best production system and get the most value out of these choices.

GE crops have been planted since 1996 and by 2018, there were already 191.7 million hectares planted in 26 countries. Continuous cultivation of GE crops in these countries together with non-GE crops confirms that coexistence is achievable.