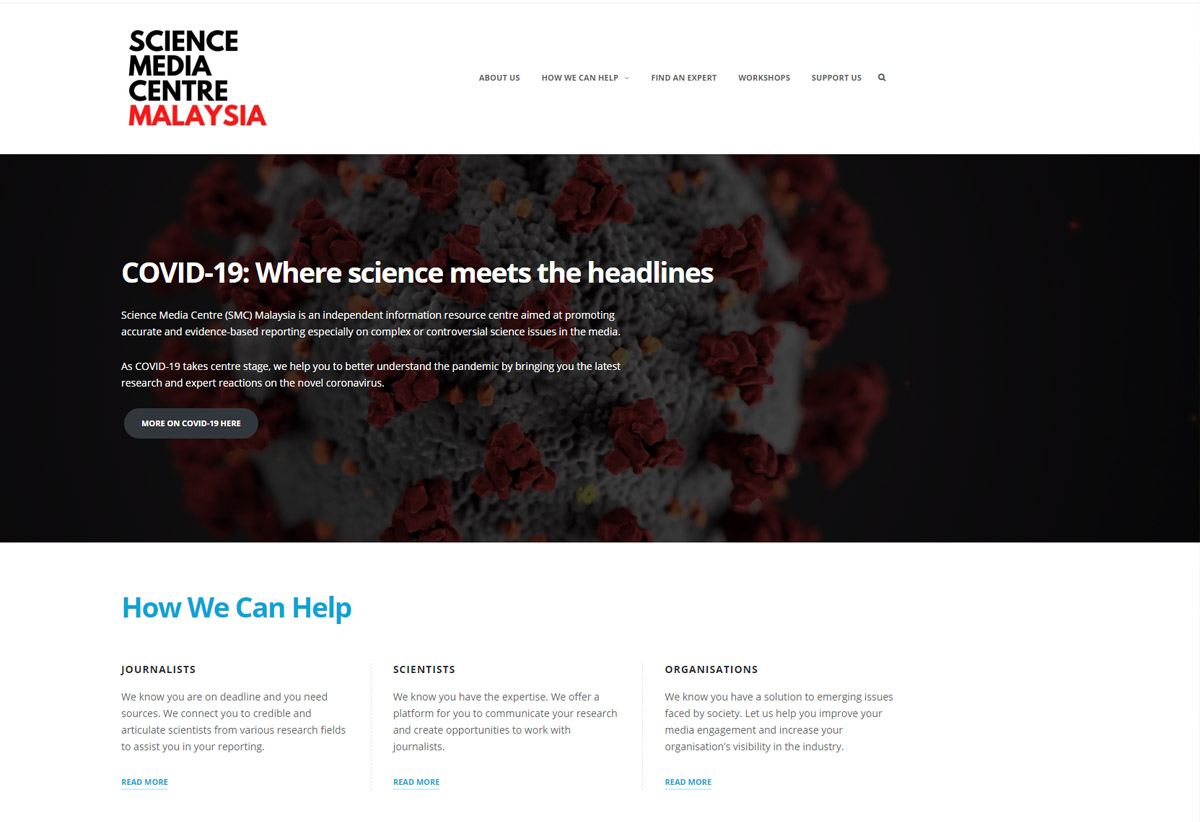 On April 1, the Malaysian Biotechnology Information Centre (MABIC) and The Petri Dish launched Science Media Centre Malaysia (SMC Malaysia), an online platform that will provide the media with science and research news that is repackaged for ready-use. Science often takes a backseat in mainstream media and only hits the headlines either during a eureka moment or a crisis. Lack of science desks at media houses and lack of science journalists and scientists who are trained in communication are some of the contributing factors. These issues become magnified during a crisis such as the COVID-19 pandemic.

Dr. Arujanan expressed her hope that SMC Malaysia will serve as a link between the science community and media practitioners to improve the quality and quantity of media reports on science to the public without being tainted with inaccurate information.

"We have waited for this a long time and this is the second project by MABIC after the launching of the science newspaper, The Petri Dish, 10 years ago," Dr. Arujanan said. She hopes that the efforts of MABIC would be supported by the science community, including scientists, institutions of higher learning, research centers, and government agencies towards improving science communication and literacy in the country.

"We know that journalists are constantly working on a deadline, therefore our online resource center will provide them with timely and relevant quotes from scientists on insightful analysis from across the research fields," said Su Lin, who is also a returning Chevening scholar from the United Kingdom.

SMC has an origin in the United Kingdom in 2002. Other countries with SMCs are New Zealand, Australia, Germany, and Canada. Malaysia is the first developing country to join in the effort. The network encourages critical and accurate science reporting by both helping the media access and understand science more easily, and by training scientists to engage with the media.