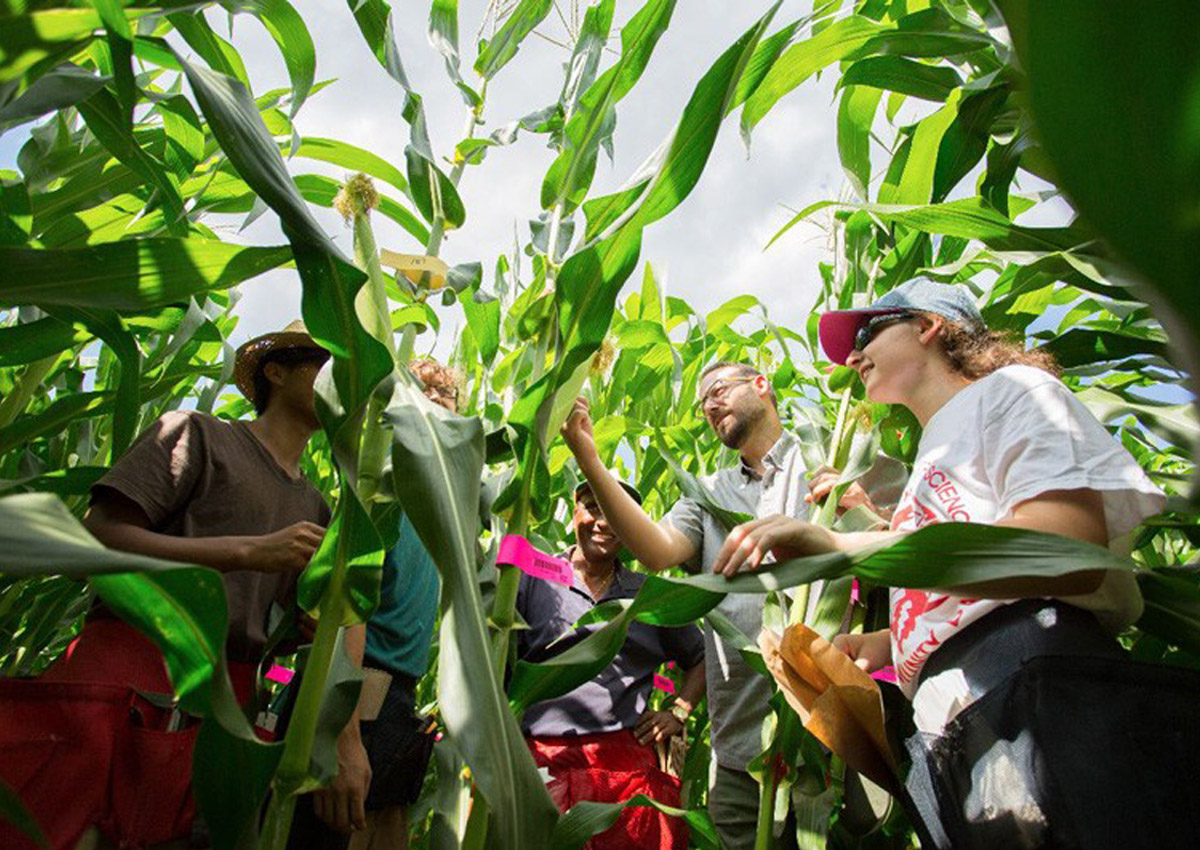 A multi-institutional team led by University of Delaware plant geneticist Randy Wisser decoded the genetic map for how maize from tropical environments can be adapted to the temperate U.S. summer growing season. Wisser sees these exotic varieties, which are rarely used in breeding, as key to creating next-era varieties of corn.

Modern maize varieties came from only a small fraction of the global maize population. This limited infusion of diversity raises concerns about the vulnerability of American corn in a shifting climate. The U.S. Department of Agriculture (USDA) seed bank includes tens of thousands of varieties, but many are just not being utilized. While some exotic maize strains are better at handling drought, waterlogging, or low-nitrogen soil, they evolved outside the U.S. and are not immediately suited to states such as Delaware. Thus, exotics first need to be pre-adapted.

To understand how corn survives and thrives, Wisser and colleague Jim Holland, a plant geneticist at the USDA Agricultural Research Service are analyzing how corn genomes behave in a target environment as they aim to formulate a predictive model for fitness. "What we're doing is sequencing the genomes and measuring traits like flowering time or disease for individuals in one generation," Wisser said. From this, they can generate a lookup table to foresee which individuals in the next generation have the best traits based on their genetic profiles. Wisser adds that their lookup table can be tailored to predict how the individuals will behave in a particular environment or location such as Delaware.

For more details, read the news release in UDaily.