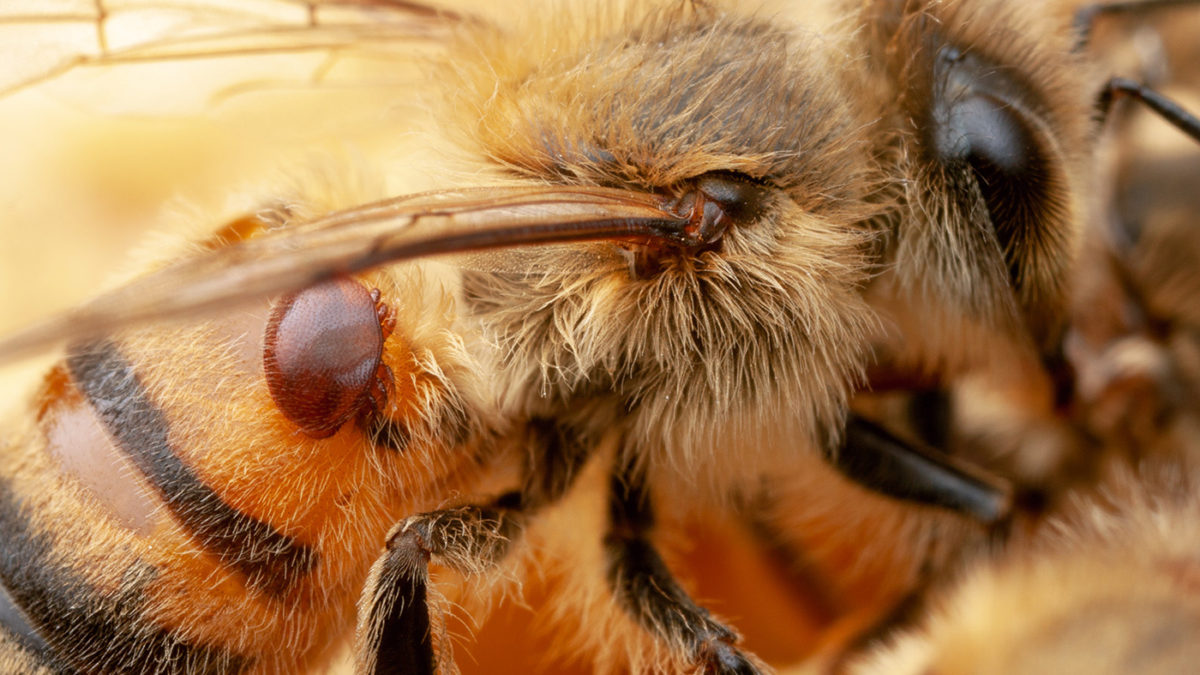 A Varroa mite, a common pest that can weaken bees and make them more susceptible to pathogens, feeds on a honey bee. Photo Source: Alex Wild/University of Texas at Austin.

The University of Texas at Austin presented the results of their study that aimed to protect bee health. Their paper published in Science discussed how the researchers were able to engineer a symbiotic bee gut bacterium using a new approach for manipulating bee gene expression. The approach aimed to improve bee survival after a viral challenge while at the same time killing parasitic mites.

For the past years, adult honey bee in colonies in the US has been observed to be dwindling in numbers. One of the causes of this problem are the Varroa mites and the deformed wing virus, which often come together. According to the University of Texas at Austin, the mites feed on the bees while spreading the virus. This combined threat weakens the bees and makes them more vulnerable to pathogens in the environment.

The scientists found a solution to the problem by genetically engineering a specific strain of bacteria to target the virus, and another to target the mites. Honey bees are known to have an ecosystem of bacteria in their guts. They also have an antiviral defense mechanism using RNA interference, that is triggered when an RNA virus is detected in the bee's body. This helps the bee fight off the viral infection.

The scientists introduced a modified bacteria, Snodgrasella alvi, to hundreds of bees by spraying them with a sugar-water solution containing the bacteria. As the bees groomed one another, they also ingested the bacteria. Results showed that inoculating young worker bees with the engineered bacteria optimized their immunity against deformed wing virus, which is classified as an RNA virus. The bacteria also killed the Varroa mites by triggering the mite RNAi response, causing the mites' own immune system to fight against and ultimately kill them. The scientists also emphasized that the risk of the engineered bacteria escaping into the wild is very low as this type of bacteria is highly specialized to live in the bee's gut.

This new approach was dubbed by the researchers as a tool for studying bee functional genomics and can help protect the bees' health. The study can help develop new breeding strategies to produce more robust bee colonies.

Read the details of the study in Science.