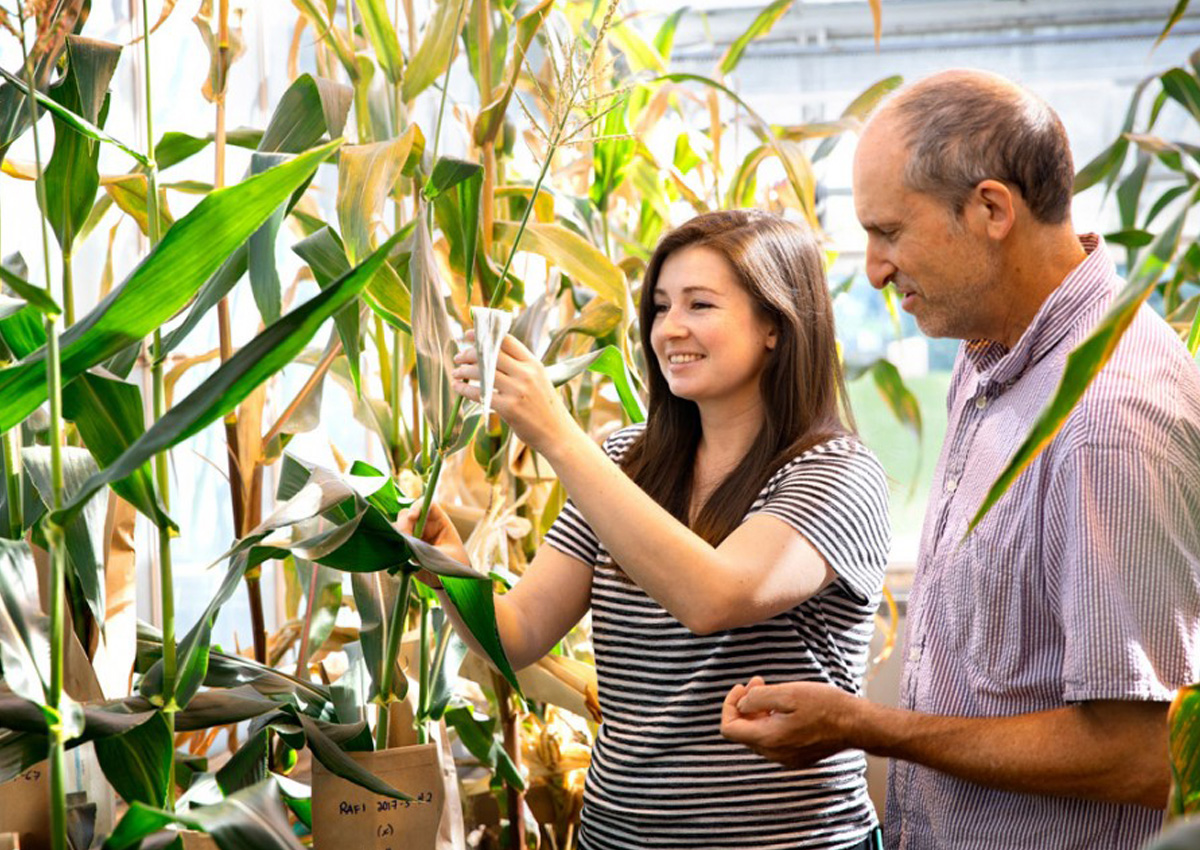 While nearly everyone around the world eats corn, not everyone knows that the crop is extremely sensitive to cold weather because it is a tropical plant. Now a research team at the Boyce Thompson Institute led by David Stern has taken a step closer to developing a new type of corn that can recover quickly after a cold snap.

The study, described in a paper published in Plant Biotechnology Journal, is built on research published in 2018 which showed that increasing levels of the enzyme Rubisco in corn led to bigger and faster-maturing plants. Stern and his team grew corn plants for three weeks at 25°C (77°F), lowered the temperature to 14°C (57°F) for two weeks, and then increased it back up to 25°C. The team found that the corn with more Rubisco performed better than regular corn before, during and after chilling. "In essence, we were able to reduce the severity of chilling stress and allow for a more rapid recovery," said Coralie Salesse-Smith, the paper's first author.

Compared to regular corn, the engineered corn had higher photosynthesis rates throughout the experiment and recovered more quickly from the chilling stress with less damage to the molecules that perform the light-dependent reactions of photosynthesis. The research team had a plant that grew taller and developed mature corn ears more quickly after a cold spell.