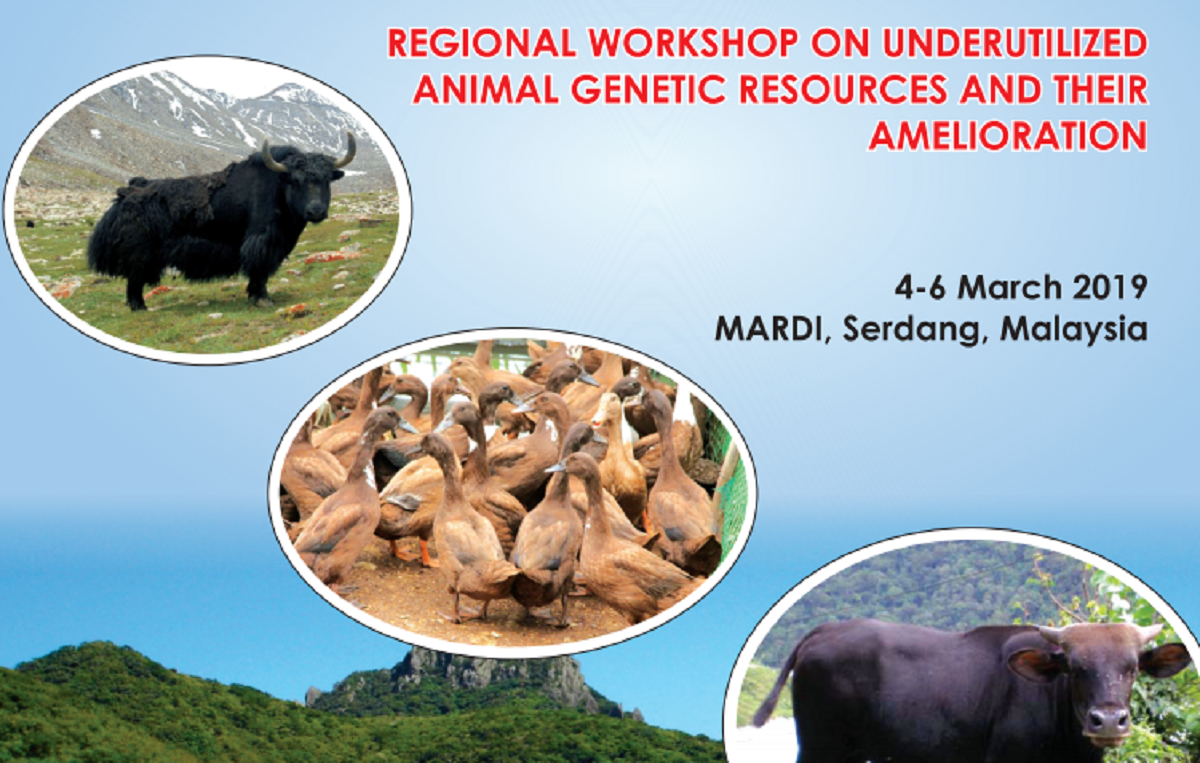 Asia Pacific Association of Agricultural Research Institutions (APAARI) under its program on Asia Pacific Consortium on Agricultural Biotechnology and Bioresources (APCoAB) released the Proceedings of the Regional Workshop on Underutilized Animal Genetic Resources (AnGR) and their Amelioration which was held on March 4-6, 2019 at MARDI Malaysia. Over 60 participants from 14 countries of the region attended the workshop, which provided a platform for sharing experiences and knowledge relating to underutilized AnGR of Asia-Pacific that have food and nutritional value.

The proceedings include 15 chapters that cover the status of underutilized AnGR for Food and Agriculture in South and West Asia, Southeast Asia, East Asia, the Pacific. The different chapter for each sub-region brings out the status of AnGR utilization in different countries of each of the sub-region, highlights the unique AnGR in the sub-region and provides information on their economic and socio-cultural importance, production and consumption, import and export statistics, inventorization and future thrust areas for their optimal utilization and research. These chapters thus give a comprehensive profile of AnGR in the region and the need for intra-regional exchange of genetic resources of these AnGR and the collaborative research programs that need to be envisaged. Furthermore, a chapter on the regional scenario of genomic application which highlights the new genomic resources that may unlock the genetic basis of disease resistance and agro-climatic adaptation in AnGR.

Read the proceedings from APAARI.