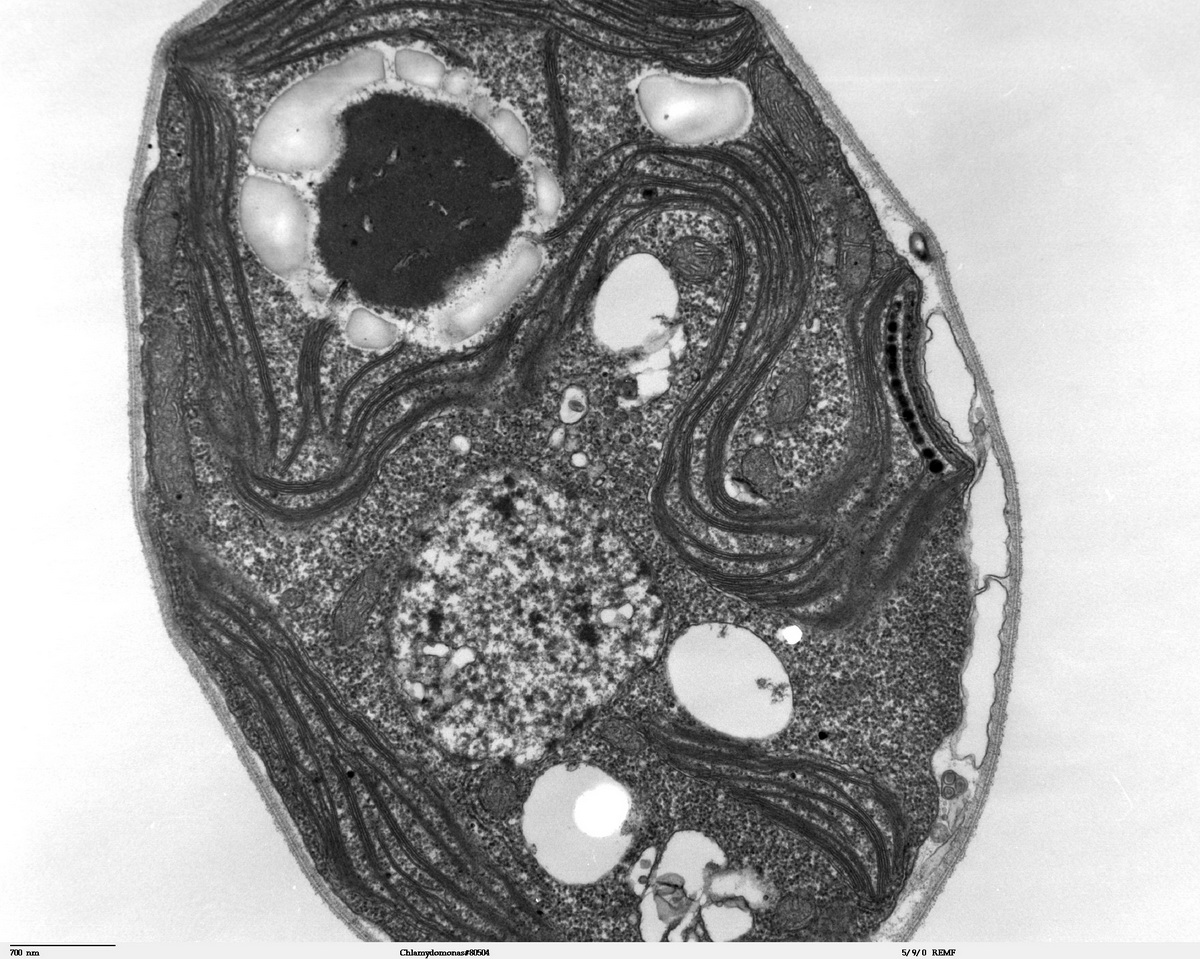 A recent study has discovered a missing link in the photosynthetic process of green algae called Chlamydomonas reinhardtii (pictured) that could be used to boost crop productivity.

Photosynthesis is the process by which plants and algae capture sunlight and fix carbon dioxide into energy-rich sugars that fuel growth, development, and in the case of crops, yield. Algae evolved specialized carbon dioxide concentrating mechanisms (CCM) to photosynthesize much more efficiently than plants. A team of scientists from Louisiana State University (LSU) and the University of York discovered a previously unexplained step in the CCM of green algae, a key to developing functional CCM in food crops to boost productivity.

James Moroney, professor at LSU and member of Realizing Increased Photosynthetic Efficiency (RIPE) said their goal is to engineer a CCM in crops to surround Rubisco—the enzyme that drives photosynthesis—with more carbon dioxide to make it more efficient and less likely to grab oxygen molecules. The green algae Chlamydomonas reinhardtii transports bicarbonate across three cellular membranes into the compartment that houses Rubisco, called a pyrenoid, where the bicarbonate is converted back into carbon dioxide and fixed into sugar.

Ananya Mukherjee, who led this work as a graduate student at LSU said that before these findings, they did not understand how bicarbonate crossed the third threshold to enter the pyrenoid. It turns out that three transport proteins involved in this step were the missing link in understanding the CCM of C. reinhardtii.

For more details, read the news article on the RIPE website.