The debate over foods derived from genetically modified (GM) crops often touches on the subject of labeling. Many consumers argue and insist on their right to know what they are eating and their right to choose. We hear it all the time: “Why not label these foods if you are so sure of their safety?” or that “Consumers should have a choice about what they are eating.” As a result, many governments have begun to heed these suggestions and have either implemented labeling regulations or are working on them.

Unfortunately, while the questions seem simple, the issue is not, especially if the starting point of labeling includes the process rather than the final product. Issues such as safety, cost, truth in advertising, choice, fairness, science, trade-barriers, regulatory responsibility, accountability, legal liability, among others are involved.

Before any labeling rules can be implemented, governments would have to set up standards and services to conduct testing of the presence of GM ingredients; certification; and ensure that the quality standards are clear and achievable.

On another note, much of the food that is bought and consumed in developing countries is not packaged and consequently not labeled. Examples are soybean milk from a street vendor or fresh fruits and vegetables from the market.

Another issue that regulators have to grapple with is the wording: ideally a label should not prejudice the consumer for or against the product.

There is also the issue of whether the label would be useful or educational. To a homemaker who has heard little about the debate on GM food, a label that reads, “Made from genetically modified soybean” or “Grown from seed obtained through modern plant biotechnology” may create more confusion.

Current regulations are based on the chemical characteristics of the food product and not on the way the product was made. For example, labeling regulations only require labels for foods (whether GM or not) if there is a change in nutritional composition or if an added component is toxic or allergenic. How different would this be if we started to label GM food?

Examples of international approaches to labeling

In Canada, special labeling is required for all foods where safety concerns such as allergenicity and compositional or nutritional changes are identified. Labeling must indicate the nature of the change and must be understandable, truthful, and not misleading. Manufacturers can choose to label products to provide information regarding the presence or absence of GM ingredients, so long as the information is factual and neither misleading nor deceptive.

In the US, all foods must be labeled when there are health concerns, differences in use or nutritional value or where the common name no longer adequately describes the food derived from the GM plant. In January 2001, the Food and Drug Administration released a Draft Guidance for the Industry: Voluntary Labeling. The document provides guidance to manufacturers in the appropriate, truthful and non-misleading labeling of foods and provides examples of acceptable and unacceptable labeling language.

The new EU labeling regulation requires that any food containing GM ingredient or derivative in the amount more than 0.9% will have to be labeled. GM animal feed will also have to be labeled but products of animals fed GM feed, like milk, meat, and eggs, are not required to be labeled.

Since 1997, EC regulation on labeling requires that products intentionally containing GM ingredients must always be labeled, whatever the level of content. The new regulation extend the range of products requiring traceability and labeling by including derived products - those with ingredients derived from a GM source that are not identifiable by analysis - as well as products consisting of or containing GMOs. Labeling is required to vegetable oils and other highly refined products where the genetically modified DNA or resulting protein is no longer present or detectable in the final product. Adventitious presence of GM ingredient no higher than 0.9% requires no labeling.

Mandatory labeling requirements took effect in December 2001. Labeling is now required in cases where foods have altered characteristics, such as changed nutritional values, or when foods contain novel DNA or protein as a result of genetic modification. Up to 1% unintended contamination is permitted.

Japan’s Ministry of Agriculture, Forestry and Fisheries (MAFF) is responsible for environmental safety approvals, feed safety approvals and biotech labeling for foods. On April 1, 2001, MAFF established a labeling scheme which requires labeling for biotech food products if the biotech DNA or protein can be scientifically detected in the finished foods.

MAFF regulations require labels for recombinant DNA only if an ingredient is at least 5% of the total weight of the product.

The Korea Food & Drug Administration (KFDA) requires labeling on processed foods that use GM corn, soybean or soybean sprout or when these three goods are among the top five ingredients of a processed food product. Minor ingredients are exempt from labeling requirements. The threshold level of unintentional contamination of GMO to those three ingredients is 3%.

Korea’s Ministry of Agriculture and Forestry (MAF) also requires labeling for commodity shipments of the three goods if the shipment is destined for direct consumption and if it contains a biotech-enhanced component of 3% or higher.

Identity Preservation (IP) handling certificate is required for no labeling.

How will it affect world and regional trade?

As the production and trade of GM crops increase, labeling programs will allow countries to tailor policies to their own needs. For example, a country can take its time to allow GM crops to be grown within its boundaries, but allow the import of such crops and food products as long as they are labeled. Several key trading partners of the US have recently instituted mandatory labeling policies and as a result, will only allow imports of GM products from the US if they are labeled. This is most likely to create political tension with the US and other similar countries that are exporting GM food products. Finally, the GM labeling issue will also be looked at as a possible trade barrier.

What is the cost of labeling?

It is not simply the cost of ink and stamps. Auditing must be done from the very beginning of the food production stream, starting with the seed companies, and following through to the farmers, the grain companies, the food processors, the distributors, and marketers. The huge cost is associated not with putting a label on but with keeping it off. The non-GM food producer must document every step of the process, going back not to the farmer, but to the seed supplier. Verification assays to test positive cost less than assays to test negative because the positive needs only one positive score on one assay to complete the verification but a non-GM label requires a series of negatives on every assay.

A study in Canada showed that labeling costs could be equivalent to at least 9-10% of the retail price of processed food products, and 35-41% of the producer prices. The study also concluded that biotech and non-biotech foods (labeled as “biotech free”) would be equally affected by this price increase, which amounts to $700-950 million per year in Canada.

Therefore, any form of labeling, whether for GM or non-GM products, will entail additional cost. This will initially be borne by the producers but would probably be passed on to the consumers. Will consumers be willing to pay higher prices? 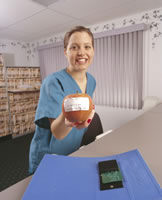 The issue of labeling GM foods is a complex issue that has yet to be resolved. What is clear, however, is that some kind of labeling policy will be adopted by most countries. Right now, the decision to label GM products is not so much related to the actual safety of the product, but rather to the “fear” alluded to such products. The presence of a GM label should not imply that the product is less safe or is significantly different since all GM foods have to meet safety standards before being approved for sale.

The only way to develop and maintain a labeling system that is truthful, not misleading, and verifiable is to ensure it is based on objective criteria, such as the actual composition of the food, and not on the method of manufacture.