Pocket K No. 39: Nanotechnology in Agriculture

“What would happen if we could arrange the atoms one by one the way we want them?” asked Richard Feynman, a well-known American physicist, in his speech during the meeting of the American Physical Society in 29 December 1959.1 This idea eventually became a research field known as nanotechnology.

Nanotechnology refers to controlling, building, and restructuring materials and devices on the scale of atoms and molecules.2 A nanometer (nm) is one-billionth of a meter. To get the sense of the nano scales, the width of the human hair is 80,000 nm and the smallest things visible with the naked human eye are 10,000 nm across. At nano scales, the basic rules of chemistry and physics are not applicable.3 One example of this technology is the carbon nanotube discovered in 1991, which is only a few nanometers in diameter but can conduct electricity better than copper; 100 times stronger than steel but only one sixth of its weight.4 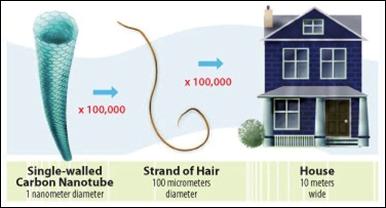 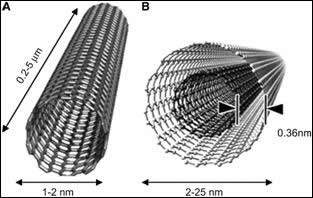 Chemists have successfully crafted three-dimensional molecular structures, a breakthrough that unites biotechnology and nanotechnology. They made DNA crystals by producing synthetic DNA sequences that can self-assemble into a series of three-dimensional triangle-like patterns. The DNA crystals have “sticky-ends” or small cohesive sequences that can attach to another molecule in an organized fashion. When multiple helices are attached through single-stranded sticky ends, there would be a lattice-like structure that extends in six different directions, forming a three-dimensional crystal as illustrated in Figure 1. This technique could be applied in improving important crops by organizing and linking carbohydrates, lipids, proteins and nucleic acids to these crystals.5

Nanoparticles can serve as ‘magic bullets’, containing herbicides, chemicals, or genes, which target particular plant parts to release their content. Nanocapsules can enable effective penetration of herbicides through cuticles and tissues, allowing slow and constant release of the active substances.6

Chemists at the Iowa State University have utilized a 3-nm mesoporous silica nanoparticle (MSN) in delivering DNA and chemicals into isolated plant cells. MSNs are chemically coated and serve as containers for the genes delivered into the plants. The coating triggers the plant to take the particles through the cell walls, where the genes are inserted and activated in a precise and controlled manner, without any toxic side or after effects. This technique has been applied to introduce DNA successfully to tobacco and corn plants.7 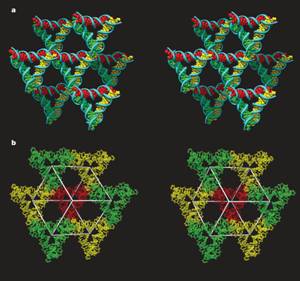 Nanotechnology is also applied to prevent waste in agriculture, particularly in the cotton industry. When cotton is processed into fabric or garment, some of the cellulose or the fibers are discarded as waste or used for low-value products such as cotton balls, yarns and cotton batting. With the use of newly-developed solvents and a technique called electrospinning, scientists produce 100 nanometer-diameter fibers that can be used as a fertilizer or pesticide absorbent. These high-performance absorbents allow targeted application at desired time and location.8

Ethanol production from maize feedstocks has increased the global price of maize in the past two years. Cellulosic feedstocks are now regarded as a viable option for biofuels production and nanotechnology can also enhance the performance of enzymes used in the conversion of cellulose into ethanol. Scientists are working on nano-engineered enzymes that will allow simple and cost-effective conversion of cellulose from waste plant parts into ethanol.9

Rice husk, a rice-milling byproduct can be used as a source of renewable energy. When rice husk is burned into thermal energy or biofuel, a large amount of high-quality nanosilica is produced which can be further utilized in making other materials such as glass and concrete. Since there is a continuous source of rice husk, mass production of nanosilica through nanotechnology can alleviate the growing rice husk disposal concern.10

Nanosensors and nano-based smart delivery systems could help in the efficient use of agricultural natural resources like water, nutrients and chemicals through precision farming. Through the use of nanomaterials and global positioning systems with satellite imaging of fields, farm managers could remotely detect crop pests or evidence of stress such as drought. Once pest or drought is detected, there would be automatic adjustment of pesticide applications or irrigation levels. Nanosensors dispersed in the field can also detect the presence of plant viruses and the level of soil nutrients. Nanoencapsulated slow release fertilizers have also become a trend to save fertilizer consumption and to minimize environmental pollution.11

Nanobarcodes and nanoprocessing could also be used to monitor the quality of agricultural produce. Scientists at Cornell University used the concept of grocery barcodes for cheap, efficient, rapid and easy decoding and detection of diseases. They produced microscopic probes or nanobarcodes that could tag multiple pathogens in a farm which can easily be detected using any fluorescent-based equipment. This on-going project generally aims to develop a portable on-site detector which can be used by non-trained individuals. The project, in cooperation with the U.S. Department of Agriculture is expected to be completed towards the end of 2011.12

Through nanotechnology, scientists are able to study plant’s regulation of hormones such as auxin, which is responsible for root growth and seedling establishment. Scientists at Purdue University developed a nanosensor that reacts with auxin. This interaction generates an electrical signal which can be a basis for measuring auxin concentration at a particular point. The nanosensor oscillates, taking auxin concentration readings at various points of the root. A system of formulas then verifies if auxin is absorbed or released by the surrounding cells. This is a breakthrough in auxin research because it helps scientists understand how plant roots adapt to their environment, especially to marginal soils.13

The Impact of Nanotechnology

Nanotechnology is considered as one of the possible solutions to problems in food and agriculture. Just like biotechnology, issues of safety on health, biodiversity, and environment along with appropriate regulation are raised on nanotechnology. However, nanotechnology products such as anti-bacterial dressings, stain-resistant fabrics, and suntan lotions have long been commercially available.14

Nobel laureate Richard Smalley presented the benefits of nanotechnology to the U. S. House Committee on Science in 1999. He emphasized that the impact of nanotechnology on health, wealth, and lives of the people will be at least equal to the combined influences of microelectronics, medical imaging, computer-aided engineering and man-made polymers developed in the 20th century.15 To date, nanoscientists are developing techniques for atom-by-atom construction of objects that have potential applications not just in agriculture but also in medicine, electronics, information technology, and environmental monitoring and remediation, to name a few.16

Next Pocket K: Biotechnology for the Livestock Industry