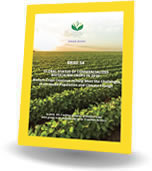 A total of 70 countries adopted biotech crops through cultivation and importation in 2018, the 23rd year of continuous biotech crop adoption, according to the Global Status of Commercialized Biotech/GM Crops in 2018 (ISAAA Brief 54) released by the International Service for the Acquisition of Agri-biotech Applications (ISAAA) today. Twenty-six countries (21 developing and 5 industrialized countries) planted 191.7 million hectares of biotech crops, which added 1.9 million hectares to the record of plantings in 2017. The continuous adoption of biotech crops by farmers worldwide indicate that biotech crops continue to help meet global challenges of hunger, malnutrition, and climate change.

In 2018, it was reported in the United Nation’s State of Food Security and Nutrition in the World that hunger is growing year after year for three consecutive years, and at the levels equivalent to the records a decade ago. Furthermore, the 2017 Global Report on Food Crises revealed that hunger and malnutrition continue to rise, with around 108 million individuals in 48 countries at risk or in severe food insecurity. Biotech crops, developed with improved traits such as increased yield, more resistance to pests, improved nutrition, among others, are undeniably necessary to address these global challenges affecting the lives of so many families globally.

“GM technology has contributed to all facets of food security. By increasing yields and reducing losses, it contributed to food availability for more families. By enabling farmers to improve their processes and join the modern supply chain, it improved physical access to food. Through raising farmer and rural incomes, it improved economic access to food. Through rigorous standards of food safety and hygiene programs, it contributed to better food utilization,” said Dr. Paul S. Teng, ISAAA Board Chair. “While agricultural biotechnology is not the only key in enhancing global food security, it is an important scientific tool in the multi-disciplinary toolkit.”

Biotech crop plantings have increased ~113-fold since 1996, with an accumulated area of 2.5 billion hectares, showing that biotechnology is the fastest adopted crop technology in the world. In countries with long years of high adoption, particularly the USA, Brazil, Argentina, Canada, and India, adoption rates of major crops are at levels close to 100%, indicating that farmers favor this crop technology over the conventional varieties.  More farmers’ and consumers’ needs, more diverse biotech crops with various traits became available in the market in 2018. These biotech crops include potatoes with non-bruising, non-browning, reduced acrylamide and late blight resistant traits; insect resistant and drought tolerant sugarcane; non-browning apples; and high oleic acid canola and safflower. 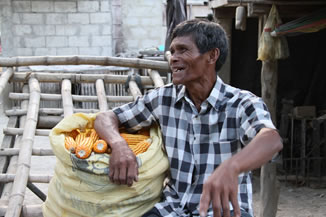 With the continuously increasing adoption of biotech crops worldwide, farmers are at the forefront of reaping numerous benefits. "We were fed up with weeding and spraying pesticides to control bollworms and weeds. When the technology was introduced, we rapidly picked it up," said Frans Mallela, a farmer from Limpopo Province, South Africa. Le Thanh Hai, one of the early adopters of biotech maize in Vinh Phuc Province, Vietnam, said that biotech maize has helped revive maize farming in their province and stressed that many farmers now grow biotech maize because of its benefits. Rosalie Ellasus, a farmer from Pangasinan, Philippines, said that she adopted Bt maize because she gained more yield with less production cost, compared to conventional maize varieties. “There was not even a trace of pests considering that we did not apply insecticide. Furthermore, we no longer need to visit our maize field every day and this gives us peace of mind,” Ellasus added.

The Executive Summary is downloadable for free from the ISAAA website. To purchase a copy of full Brief 54 (print or electronic), send an e-mail to publications@isaaa.org.