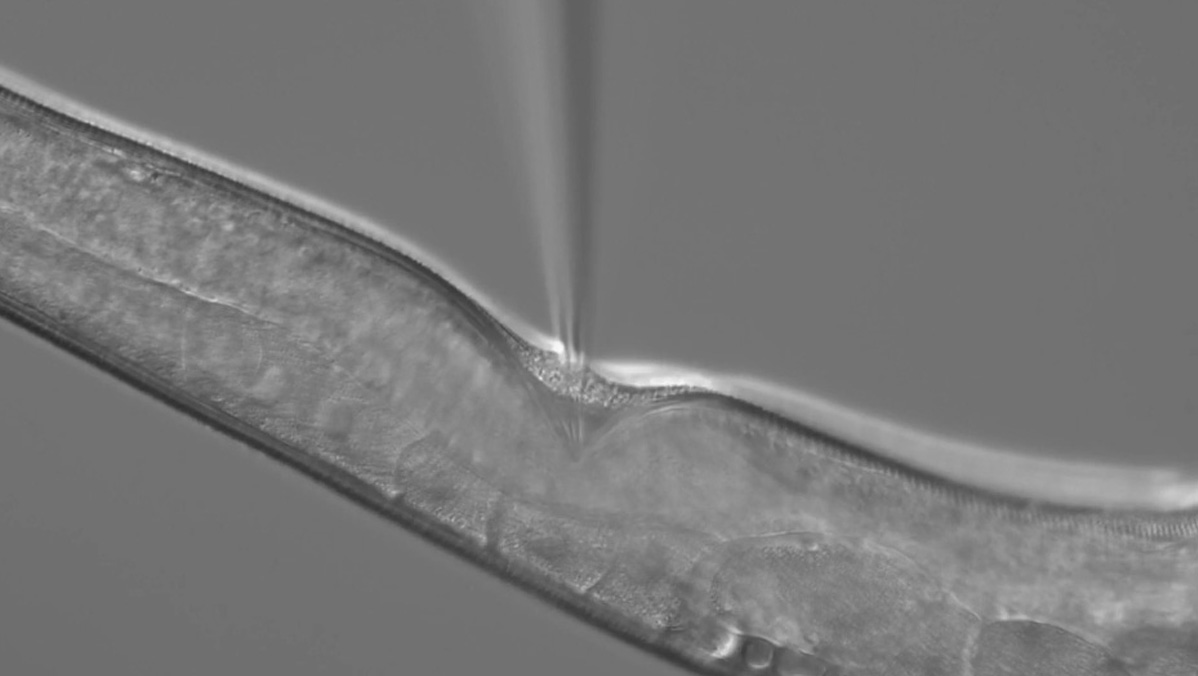 Researchers at the University of Oregon have developed a new gene editing technique that compresses what previously would have taken years of work into just a few days, making new kinds of research possible in animal models. The new technique will allow researchers to compare many versions of a gene in experiments and look for mutations that lead to specific traits and tracking their evolution over time.

The research team piloted their technique in the tiny worm Caenorhabditis elegans, a popular species for biology research. To speed things up, the researchers designed a way to compress hundreds or even thousands of possible mutations into a single “library.” In this "library," each book is a small snippet of the genetic code, meaningless and nonfunctional on its own. Each snippet fits into an engineered gap in the gene that's being targeted. That design means that instead of individually injecting many individual worms with different versions of a gene, researchers can inject the whole library of mutations into one worm.Then, when the worm reproduces, the library expands.

The result is a collection of worms with different randomly selected genetic mutations. The new technique is called TARDIS, a playful nod to the fictional Doctor Who's space-and-time-traveling police box, stands for Transgenic Arrays Resulting in Diversity of Integrated Sequences. Similar to the fictional TARDIS, the worm “is bigger on the inside,” and contains a lot of extra genetic material.

For more details, read the article in AroundtheO.