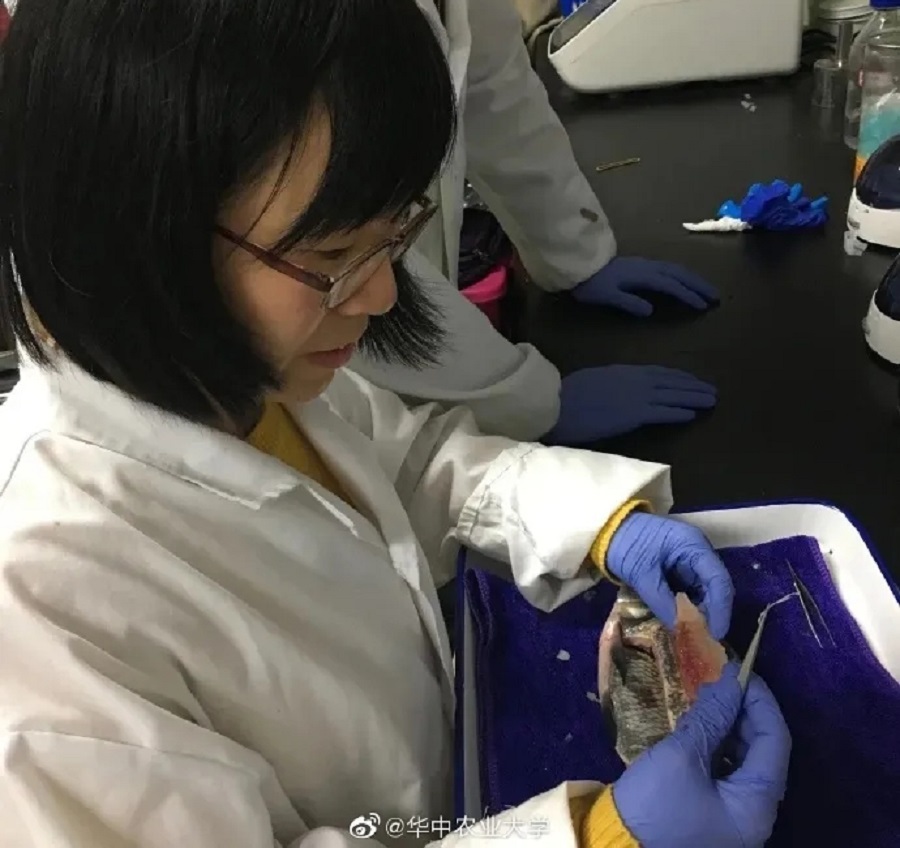 Scientists from the Huazhong Agricultural University (HZAU) and the Chinese Academy of Sciences were able to produce the first generation of spineless fish by knocking out the main genes that control the bone growth in bream, grass carp, and pond crucian carp.

Professor Gao Zexia of HZAU studied how to make the bream fish spineless by identifying the gene that regulates bone growth. Her investigation produced the world's first comprehensive fishbone gene expression, which she applied a domestic patent for. Prof. Gao and her team achieved this by carefully picking out each bone from the fish, removing the connective tissues, and placing the samples in liquid nitrogen. RNAs were extracted from the samples to perform gene expression. The team screened out nearly 50 genes as candidates, and these were verified in zebrafish which served as a control model fish.

Once the genes that controlled fishbone growth were identified, the scientists used gene editing technology to knock them out one by one to determine if the gene will affect bone growth. After seven years of testing, the team finally identified the main gene that controlled bone growth and was able to produce spineless zebrafish phenotypes with spineless offspring. Further tests showed that the amino acid and fatty acid content in the fish meat were not significantly different from ordinary fish and that the fish meat quality remained the same. With the identified main gene being present in other fishes, the scientists proceeded to develop spineless breams and carps. The first generation of these spineless fish are currently being investigated. The investigation will continue until the third generation of spineless fish to determine the stability of the genetic trait.

Read the HZAU news release to find out more.