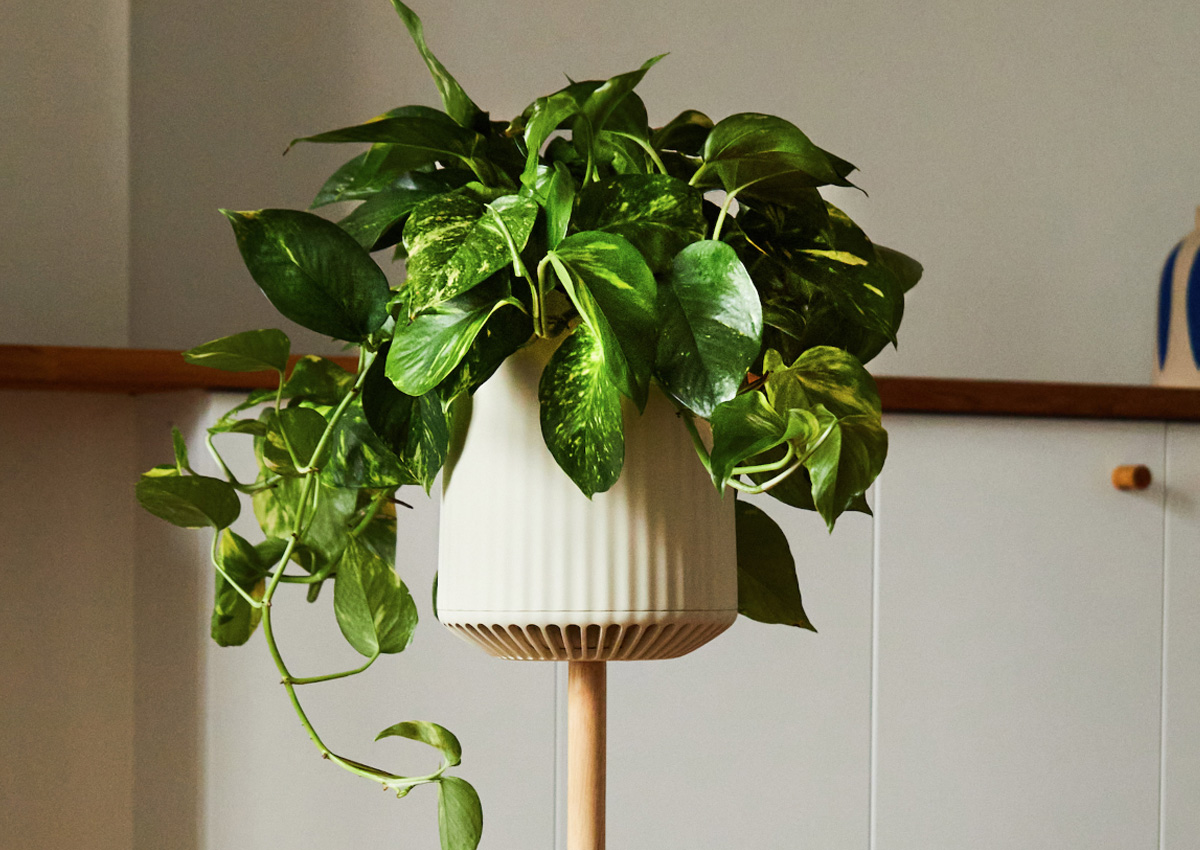 Neoplants, a Paris-based startup, has genetically engineered both a pothos (Epipremnum aureum) plant and its associated root microbiome. The houseplant called Neo P1 is capable of purifying the air as effectively as 30 houseplants, according to Neoplants.

The air that circulates in most homes is up to 5 times more polluted than outdoor air due to volatile organic compounds (VOCs). These compounds include some of the most carcinogenic molecules on the planet, emitted by solvents and varnishes used in most furnishings, textiles, and cleaning and personal hygiene products. Regular plants tested by the National Aeronautics and Space Administration (NASA) sometimes capture VOCs, but without a way to recycle them into useful elements, they end up accumulating harmful pollutants. Instead of storing pollutants, Neo P1 turns VOCs into water, sugars, amino acids, and oxygen.

Neo P1, developed using synthetic biology, or synbio, has been bioengineered to efficiently capture and recycle the four main VOCs: formaldehyde, benzene, toluene, and xylene. It is the result of cutting-edge metabolism engineering and directed evolution of high potential microbiome on the popular houseplant golden pothos. The combination of these two helped the developers drastically increase the plant's air purification capabilities.