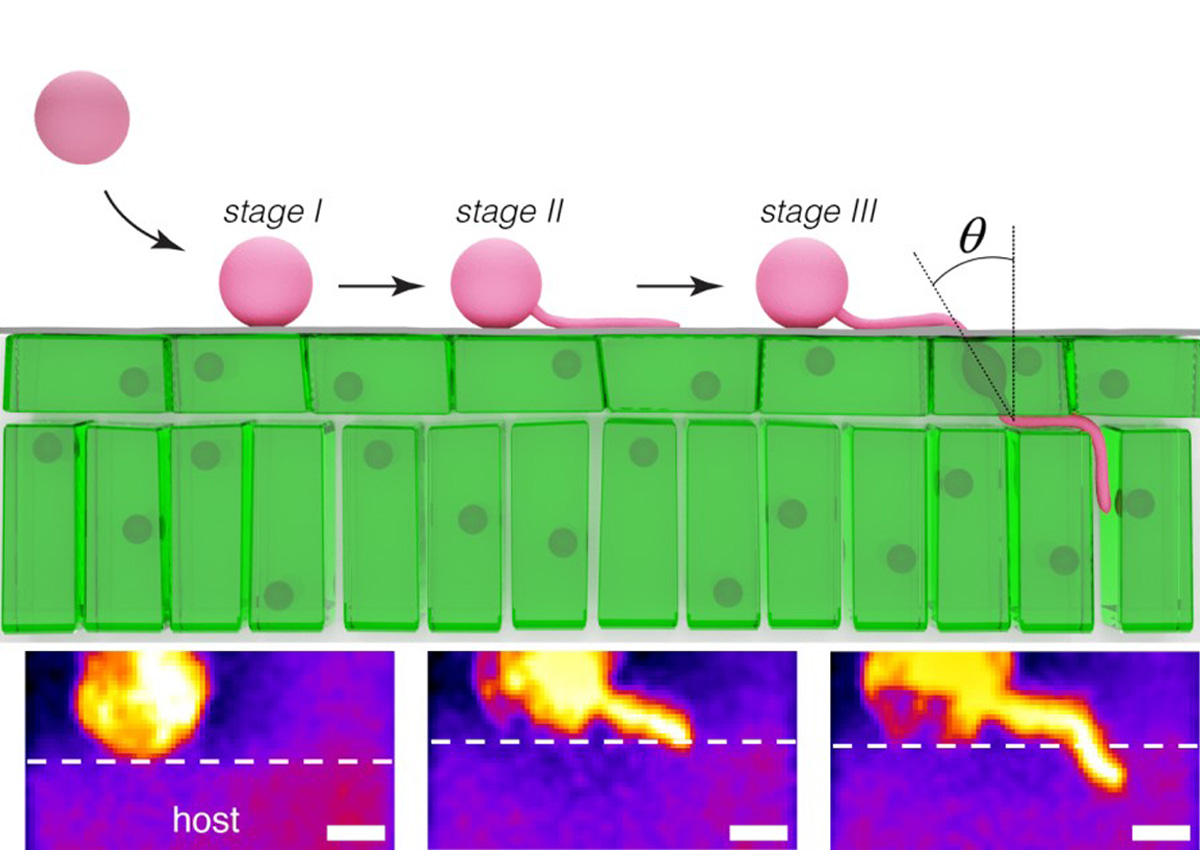 The pathogen Phytophthora infestans that caused famine in Ireland and other parts of Western Europe in the 19th century is still a major threat to food production worldwide. For a long time, it was a mystery how this pathogen makes its way through the outer protective layer on the leaves of agricultural crops. Through a unique collaboration, researchers at Wageningen University & Research (WUR) have now found the answer to this question.

Annually, Phytophthora causes enormous damage to all kinds of crops including potatoes, tomatoes, aubergines, cocoa, peppers, soy, and palms. It causes approximately 6-7 billion euros in damage in potato cultivation alone. Fighting this pathogen remains difficult and research is being done to develop resistant crops. Another possibility in fighting Phytophthora is to prevent it from gaining access to a plant at all. Plants have protective layers that target burglars such as Phytophthora, yet this pathogen breaks through this layer and initiates the disease process in plants. WUR plant pathologists, cell biologists, and physicists worked together so the riddle could finally be solved.

Joris Sprakel, professor of Physical Chemistry and Soft Matter said they discovered that Phytophthora uses clever tricks to sharpen its tubular infection structure and then cut through the surface of the plant like a sharp knife. With this strategy, Phytophthora can infect its host without brute force and with minimal energy consumption. "This is the first time that this mechanism has been brought to light and a truly fundamental discovery," says Professor Sprakel.

For more details, read the article in WUR News.