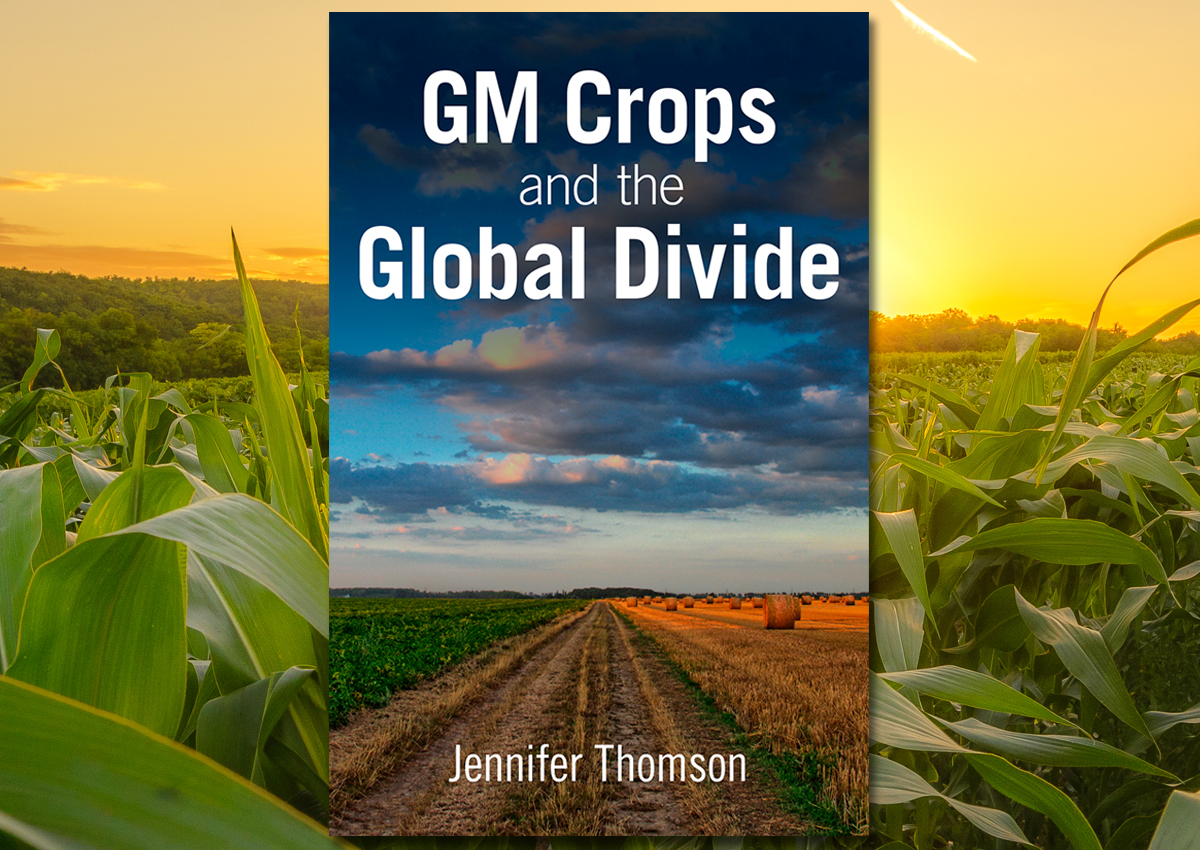 Dr. Jennifer Thomson, Emeritus Professor of Microbiology in the Department of Molecular and Cell Biology at the University of Cape Town in South Africa has written a new book, GM Crops and the Global Divide, which explores global attitudes to GM crops and unravels the reasons behind negative sentiments.

Genetically modified (GM) crops have been commercially grown since 1996. Since then, more than 70 countries have adopted GM crops either by planting or importing them. In 2019, up to 17 million farmers, 95% of whom come from developing countries planted 190.4 million hectares of GM crops.

Major scientific organizations and numerous peer-reviewed papers conclude that GM crops are as safe as their conventional counterparts either for human and animal consumption. Despite such, many countries, including the European Union are still opposed to the technology. Negative sentiment has limited their adoption not only in Western countries but in Africa and Asia, as well. Such delays in the adoption of useful technology are causing a major impact on agricultural productivity and preventing the widespread cultivation of potentially life-saving crops.

The book, published in January 2021, traces the historical importance that European attitudes to past colonial influences, aid, trade, and educational involvement have had on African leaders and their people. GM Crops and the Global Divide has 11 chapters and includes a foreword from Dr. Richard B. Flavell, FRBS CBU FRS.

GM Crops and the Global Divide is published by CSIRO Publishing and is now available for purchase through CAB International.