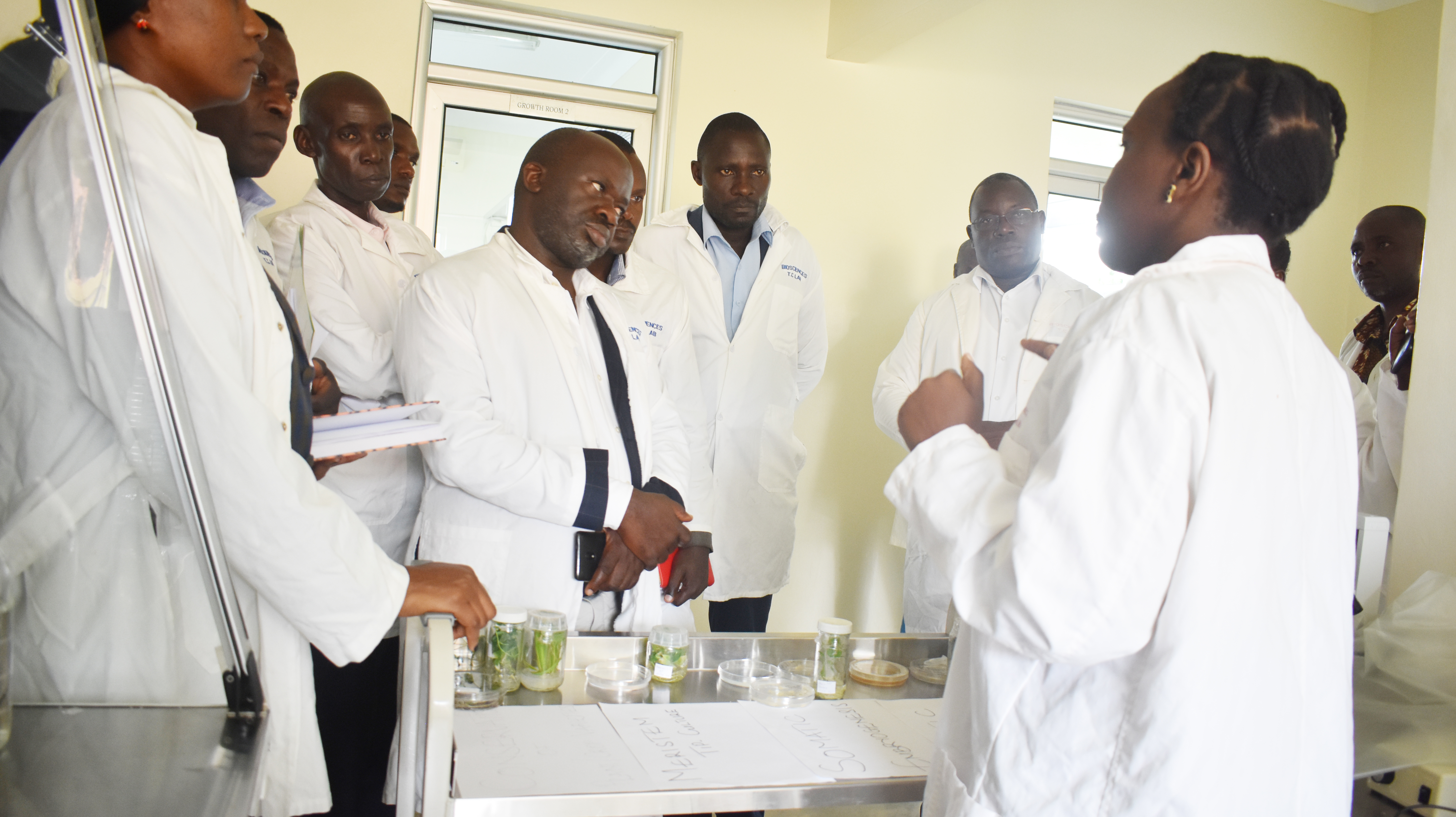 Local government officials from over 10 districts in Central Uganda warned scientists of biotech critics whose efforts they claimed were responsible for the impasse with the biotechnology bill. This was at the NARO technologies awareness workshop that was organized by the Uganda Biosciences Information Centre (UBIC) at the National Crops Resources Research Institute (NaCRRI) and the National Livestock Resources Research Institute (NaLIRRI) on Wednesday, March 18, 2020.

The officials, including district chairpersons, agricultural and production officers, warned scientists of the biotech critics that often misled farmers regarding the subject. These urged scientists to intensify their outreach and do more engagement with farmers at the district level to counteract their efforts. These further requested to be allowed to access the GMO seeds for multiplication on their farms so that they can supply to their constituents as well.

On visiting the livestock research institute, the leaders asked the scientists to donate animals to them as well so that they use them to improve their herds. However, they expressed disappointment with how the delay in regulation was holding back a lot of solutions from the farmers. These resolved to support the efforts of the scientists by engaging their area Members of the Parliament to support the biotechnology bill.

For more details, contact the UBIC Coordinator at ubic.nacrri@gmail.com.