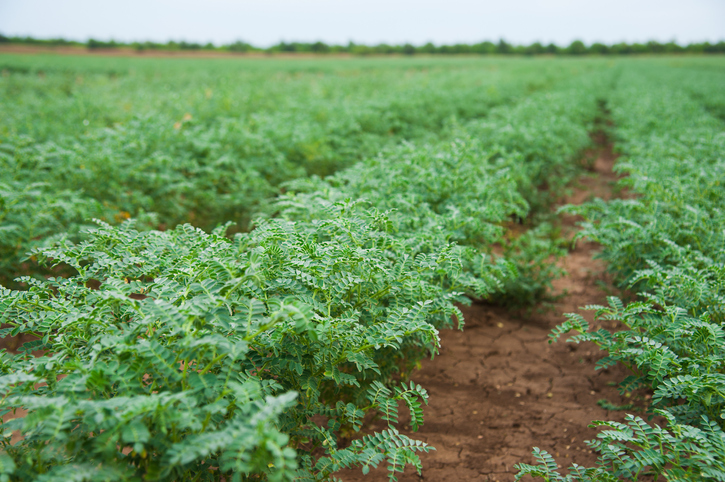 Indian farmers may soon take hold of two new chickpea varieties with improved drought tolerance and disease resistance traits. The varieties were developed by the Agricultural Research Institute of India and Raichur (Kartanaka) University of Agricultural Sciences using molecular methods and genomic innovations, which enabled a short time of research and development.

The researchers searched in the gene map of chickpea for genes conferring drought resistance. However, no gene was found so they searched for other characters linked with drought resistance such as root depth and root volume. They pinpointed ICC 4958 genes, which were transferred to the most cultivated cultivars such as Pusa 372. The resulting drought tolerant variety, Pusa 10216, showed promising results and yielded 12 percent more than the conventional counterpart.

Annigeri-1 variety, which is a popular chickpea variety in Karnataka, is highly susceptible to Fusarium attack. Thus, the researchers transferred a gene from a disease-resistant variety (WR315) to Annigeri-1, and came up with Super Annigeri-1 which exhibits resistance to Fusarium and yields 7 percent more than Annigeri-1.