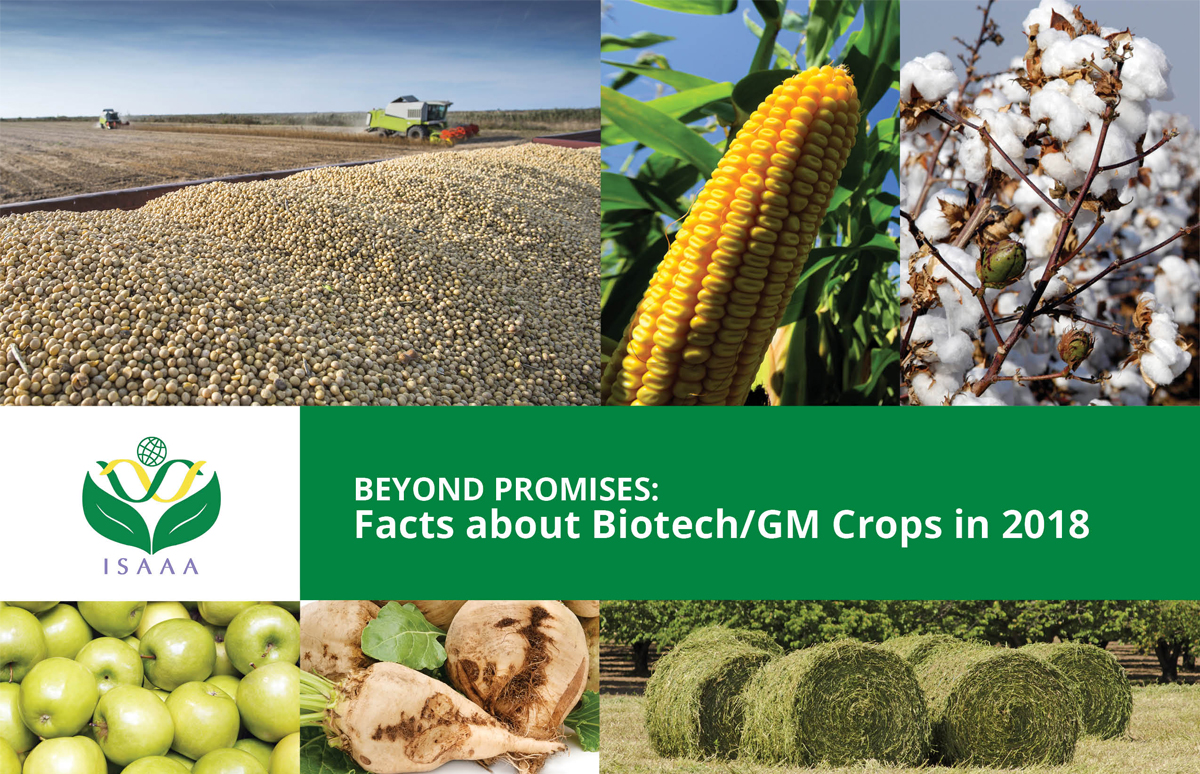 Learn more about biotech crops adoption in 2018, download and read the booklet Beyond Promises: Facts about Biotech/GM Crops in 2018.