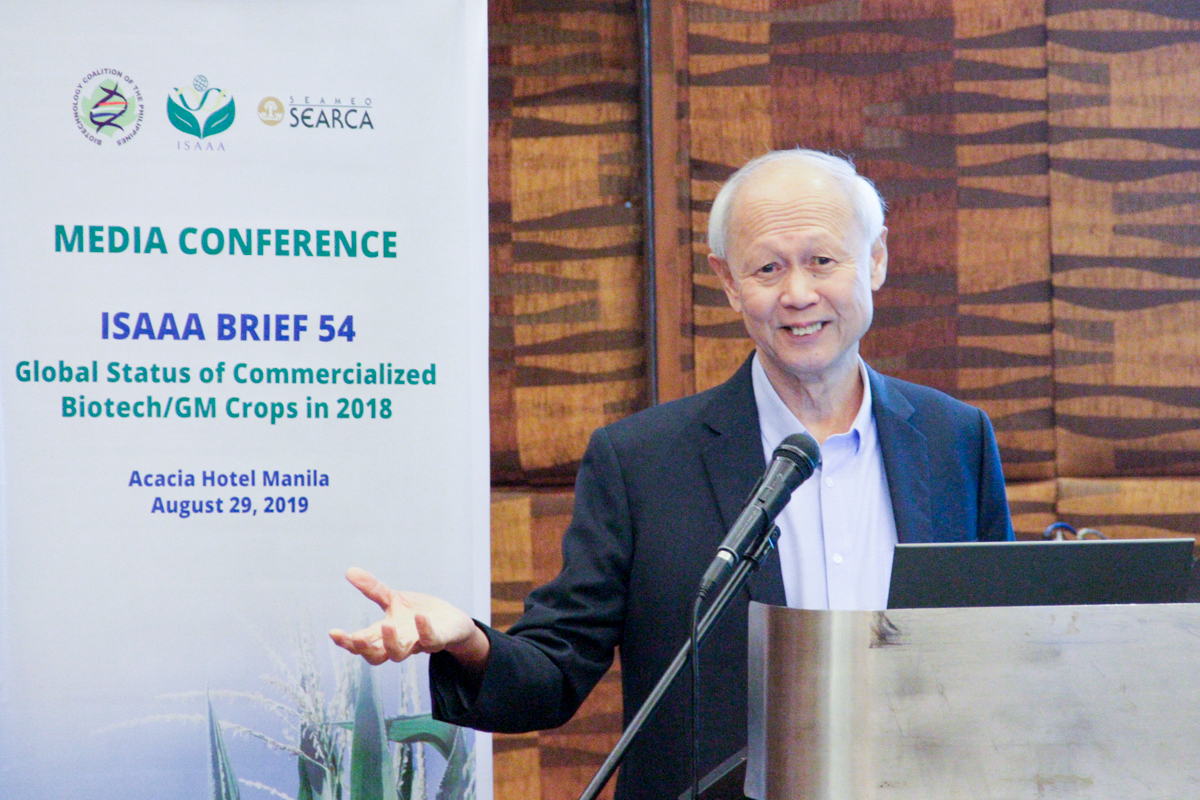 With 630,000 hectares of farmland dedicated to genetically modified (GM) maize planted by 470,500 farmers, the Philippines ranked 5th among the top adopters of GM crops in Asia-Pacific and 13th worldwide, according to the Global Status of Commercialized Biotech/GM Crops in 2018 released by ISAAA.

The results of the Report were presented during the press conference held on August 29, 2019 in Manila, Philippines attended by local media, scientists, industry partners, and representatives from the academe and different government institutions.

Eight more Asia-Pacific countries adopted biotech crops in 2018. India tops the list with 11.6 M hectares of Bt cotton planted by 7.5 M farmers, an increase of two percent from last year. Dr. Rhodora Aldemita, Director of ISAAA's SEAsiaCenter and Global Knowledge Center on Crop Biotechnology, reported that favorable cotton prices, public acceptance of insect-free Bt eggplant (in Bangladesh), strong government support, and low price of imported maize, may have contributed to the expansion of biotech crop areas in several countries in the region. On the other hand, some countries saw a decrease in adoption largely due to unfavorable weather (for the Philippines) and uncertainties in the approval of new biotech varieties, among others.

Dr. Aldemita also cited the need to invest in the refinement and implementation of National Biosafety Regulations, adding that regulations should be science-/evidence-based, fit for purpose, and harmonized globally. Meanwhile, Dr. Paul S. Teng, Chair of ISAAA's Board of Trustees, likewise reported the global status of commercialized GM crops in the previous year.

The Press Conference was organized by ISAAA in partnership with the Biotechnology Coalition of the Philippines (BCP) and the Southeast Asian Regional Center for Graduate Study and Research in Agriculture-Biotechnology Information Center (SEARCA BIC).

For more updates on biotechnology in the Philippines, visit the SEARCA BIC website.