ISAAA Statement: Assessment and Review of the Effectiveness of the Protocol 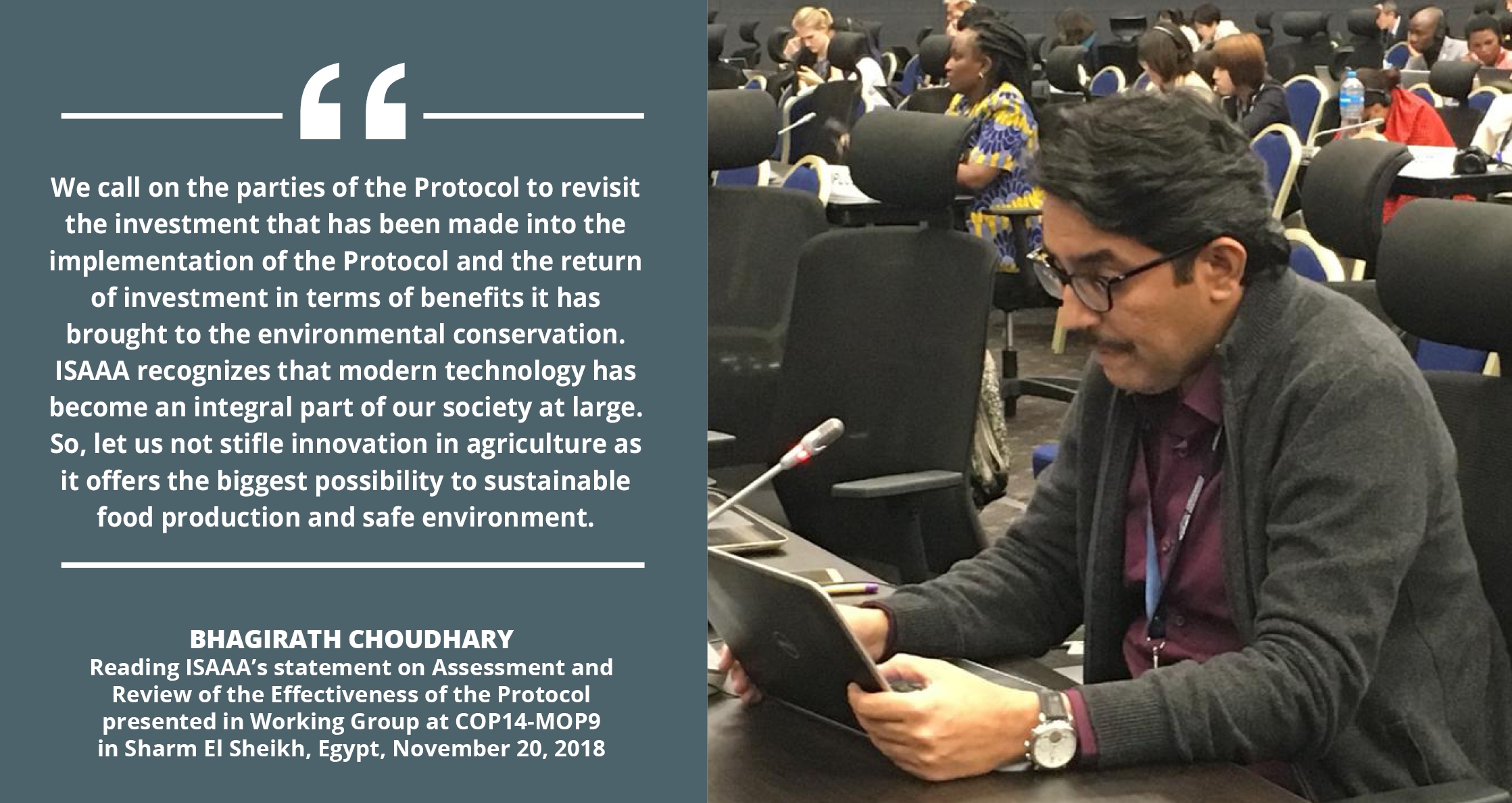 I speak on behalf of the International Service for the Acquisition of Agri-biotech Applications. ISAAA is committed to the Sustainable Development Goals where modern biotechnology has vast potential towards their achievement.

Our intervention is with reference to article 35 of the Protocol.

As we are aware, the Protocol was established to ensure the safe transfer, handling, and use of LMOs that MAY have adverse effects on the environment.

However, we observe that the Protocol is often being misused to delay the approval of LMOs without scientific justification. It is noteworthy to mention that there has not been a single verifiable health and environment hazard of LMOs since the Protocol came into force 18 years ago.  In fact, the reverse is true. Modern biotechnology has increased farmer income and productivity, reduced carbon footprints and increased biodiversity.

ISAAA recognizes that modern technology has become an integral part of our society at large. So, let us not stifle innovation in agriculture as it offers the biggest possibility to sustainable food production and safe environment.