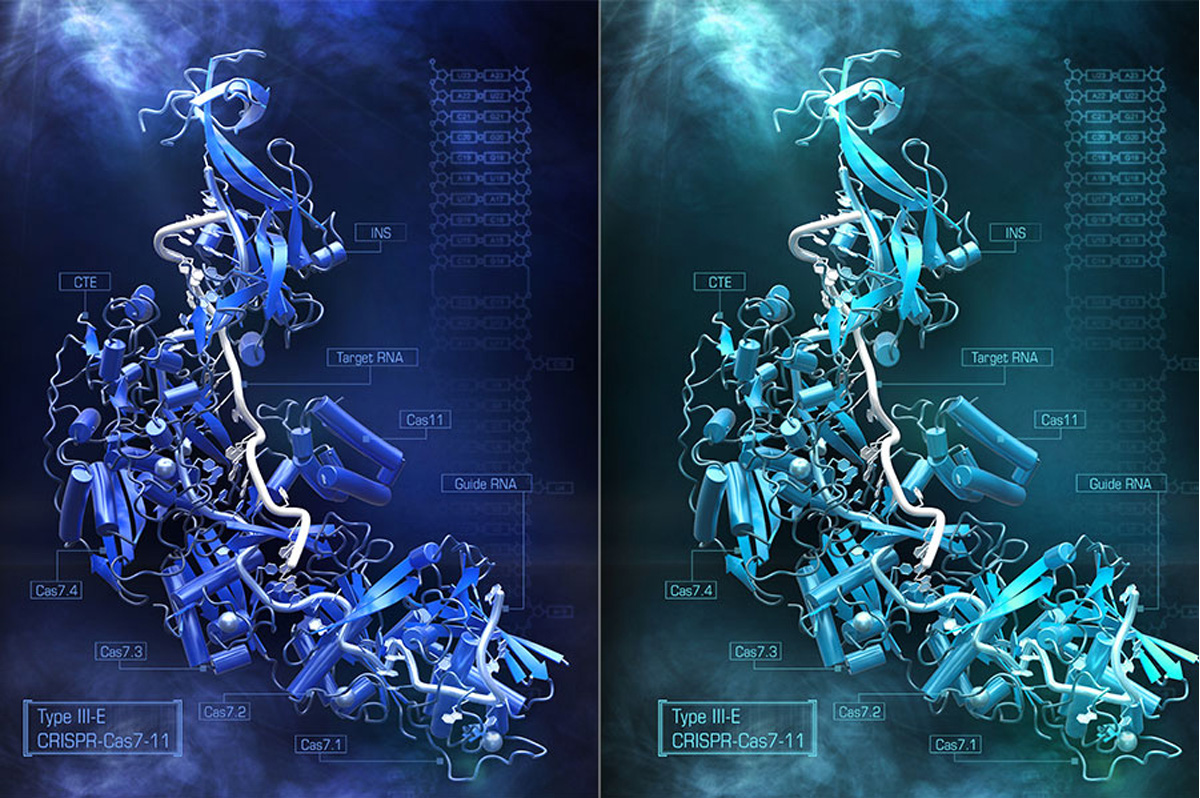 An artistic rendering of CRISPR-Cas7-11S enzyme. Image by Steve Dixon

In 2021, researchers at the Massachusetts Institute of Technology's McGovern Institute for Brain Research discovered and characterized Cas7-11, the first CRISPR enzyme that makes precise, guided cuts to RNA strands without harming cells in the process. Now, with collaborators at the University of Tokyo, the same team reveals that Cas7-11 can be shrunk to a more compact version, making it an even more viable option for editing the RNA inside living cells.

The discovery of Cas7-11 opened the doors to a more precise form of RNA editing. However, Cas7-11 is a massive protein and too big to fit inside a single viral vector. Using cryo-electron microscopy, the research team knew that Cas7-11 was like an amalgamation of five separate Cas enzymes, fused into one single gene, but they were not sure exactly how those parts folded and fit together.

McGovern Fellow Jonathan Gootenberg said that the act of binding its target tRNA strand and the guide RNA revealed how the pieces assembled and which parts of the protein were critical to recognizing and cutting RNA. The researchers also found a section of the protein without any functional role. The researchers removed it, re-engineering Cas7-11 to make it smaller without taking away its ability to target RNA. The team tested the impact of removing different bits of the section, resulting in a new compact version of the protein, dubbed Cas7-11S.

For more details, read the article in MIT News.