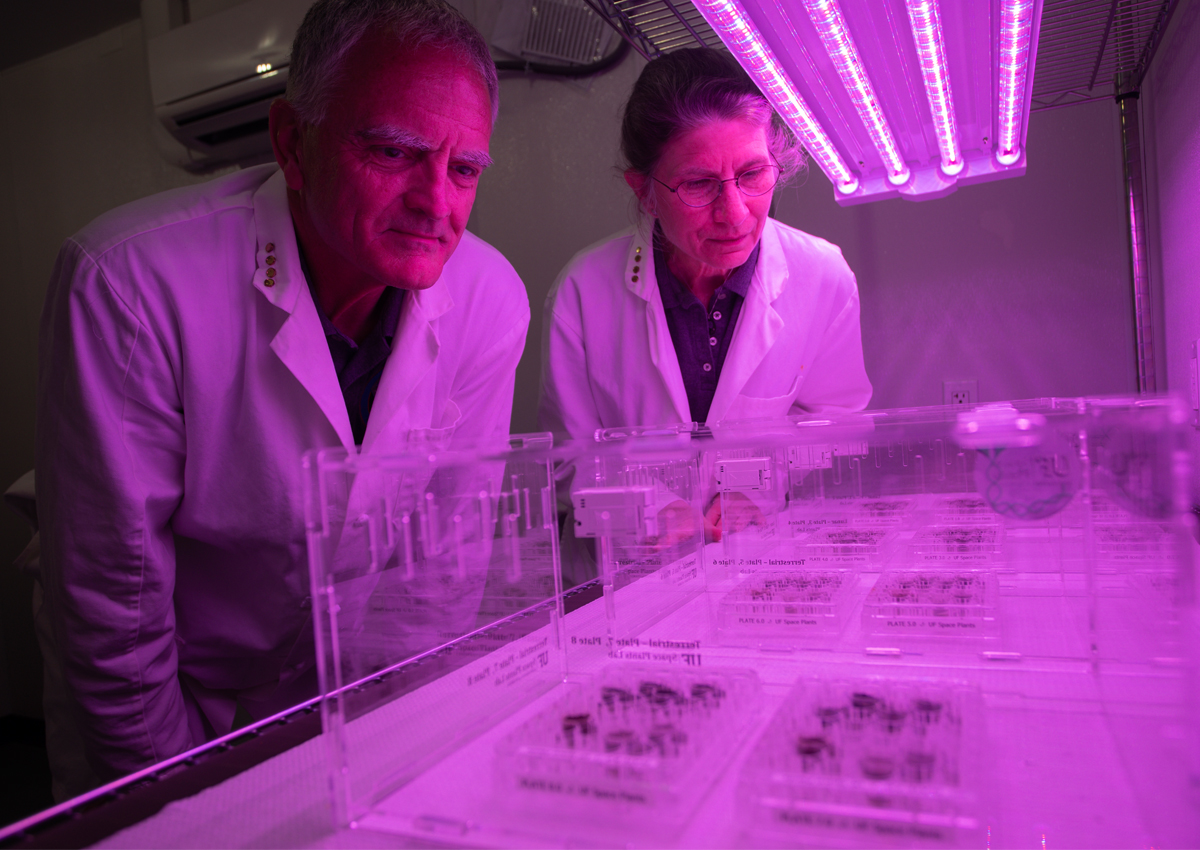 Rob Ferl, left, and Anna-Lisa Paul looking at the plates filled part with lunar soil and part with control soils under LED growing lights. At the time, the scientists did not know if the seeds would even germinate in lunar soil. Photo Source: UF/IFAS/Tyler Jones

For the first time in human history, scientists marked a milestone in lunar and space exploration as they have successfully grown plants in soil from the moon collected during the Apollo 11, 12, and 17 missions.

Scientists Rob Ferl and Anna-Lisa Paul from the University of Florida showed that plants have successfully sprouted and grew in lunar soil. Their study also investigated how plants respond biologically to the moon's soil, or lunar regolith, which is radically different from soil found on Earth. This work is the first step toward growing plants for food and oxygen on the moon or during space missions. The research also comes as the Artemis Program plans to return humans to the moon.

Ferl and Paul designed a deceptively simple experiment: plant seeds in lunar soil, add water, nutrients, and light, and record the results. It was complicated because the scientists only had 12 grams — just a few teaspoons — of lunar soil to do the experiment. On loan from NASA, the scientists applied three times in the last 11 years for a chance to work with the lunar regolith. To grow their tiny lunar garden, the research team used thimble-sized wells in plastic plates normally used to culture cells. Each pot had approximately a gram of lunar soil that was moistened with a nutrient solution and planted with a few Arabidopsis seeds. Before the experiment, the researchers were not sure if the seeds planted in the lunar soils would sprout, but nearly all of them did.

The researchers observed differences between the plants grown in lunar soil and the control group. Some of the plants grown in the lunar soils were smaller, grew more slowly, or were more varied in size than their counterparts. The plants' response to lunar soil may be linked to where the soil was collected, according to the scientists who worked on the research. They found that the plants with the most signs of stress were those grown in what lunar geologists call mature lunar soil. These mature soils were exposed to more cosmic wind, which alters their makeup. On the other hand, plants grown in comparatively less mature soils fared better.

For more details, read the articles in the University of Florida News and NASA.