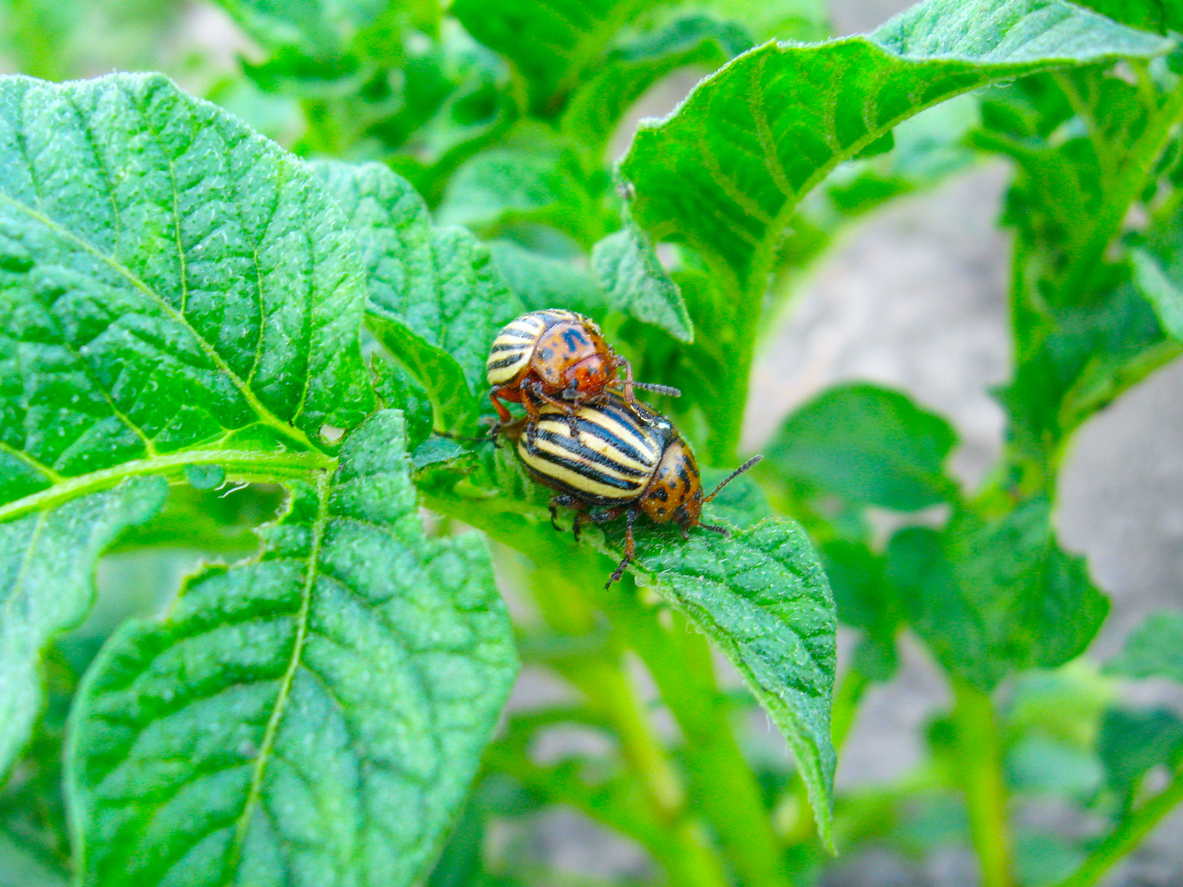 Colorado potato beetle is a major pest of potato crops. To prevent damage from this pest, the researchers stacked combinations of Bt gene (cry3A), synthetic hybrid (SN-19), and plant proteinase inhibitor Oryza cystatin II (OCII) and further transformed them into two potato cultivars through Agrobacterium-mediated transformation. Results showed that the transgenic plants with cry3A + SN-19 and OCII + SN-19 gene combinations had high resistance to Colorado potato beetle, showing 100% mortality of all insects in larval and adult stages. A delay in the mortality of the insects in the adult stage was observed, compared to those in the larval stages. Leaf damage was also found to be decreased in the transgenic plants compared with the control.

Results of the study indicate that stacking of genes in potato plants can potentially control the infestation of Colorado potato beetle.