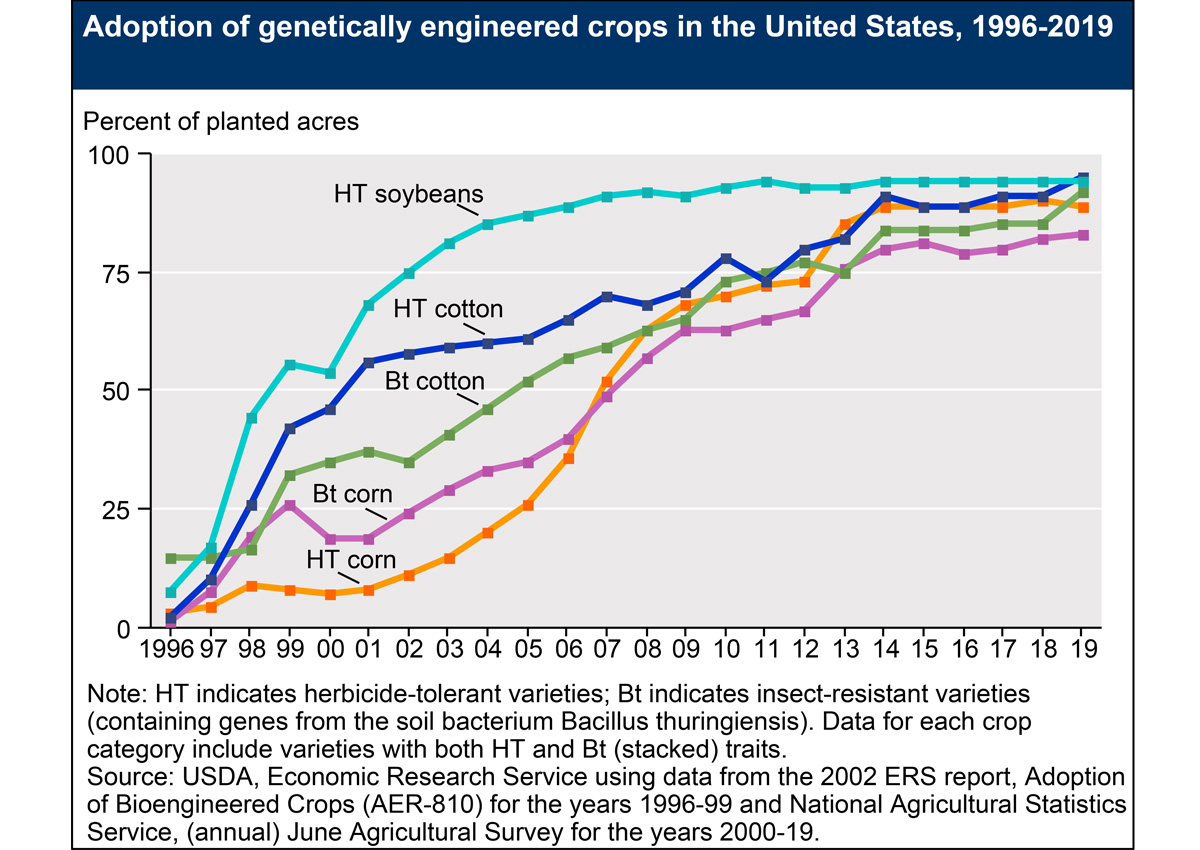 The United States is the top biotech-crop growing country in the world, having commercialized biotech crops in 1996. The adoption of stacked varieties in the U.S. has accelerated in recent years. Approximately 89% of the cotton area and 80% of corn were planted with stacked seeds in 2019. This is according to the Adoption of Genetically Engineered Crops in the U.S. published by the Department of Agriculture Economic Research Service (USDA-ERS).

Herbicide tolerant (HT) crops, which tolerate potent herbicides provide farmers with a broad variety of options for effective weed control. HT crops have been adopted in the U.S. since 1996. HT soybeans rose from 17% in 1997 to 68% in 2001, before plateauing at 94% in 2014. HT cotton area expanded from approximately 10% in 1997 to 56% in 2001, and reached a high of 95% in 2019. HT corn adoption rates increased following the turn of the century. Currently, approximately 90 percent of the domestic corn area in the U.S. is produced with HT seeds.

Insect resistant crops that contain genes from the soil bacterium Bacillus thuringiensis (Bt) and produce insecticidal proteins have been available for corn and cotton since 1996. The area planted to Bt corn increased from 8% in 1997 to 19% in 2000, before climbing to 83% in 2019. Bt cotton area also expanded, from 15% of U.S. cotton planted area in 1997 to 37% in 2001. Currently, 92% percent of U.S. cotton is planted with genetically engineered, insect-resistant seeds.

Read more details in the Recent Trends in GE Adoption from the USDA-ERS website.