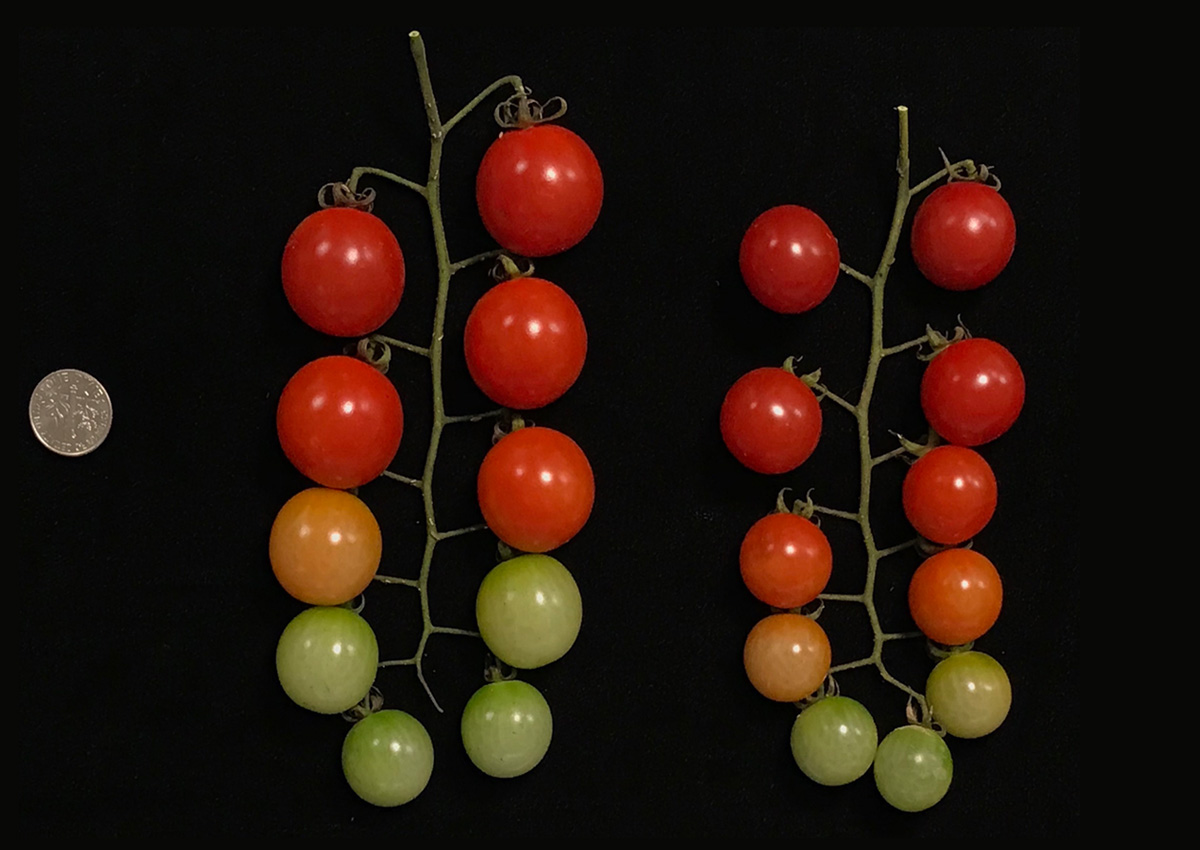 Researchers showed that structural variation, in this case, the number of copies of a gene, can alter fruit. Plants with three gene copies (left) grew fruit 30 percent larger than those with one (right). Photo Source: Alonge et al./Cell 2020

Researchers led by Zachary Lippman at Howard Hughes Medical Institute (HHMI) have identified long-concealed hidden mutations within the genomes of 100 types of tomatoes, including an orange-berried wild plant from the Galapagos Islands, and varieties typically processed into ketchup and sauces. The team's analysis is the most comprehensive assessment of such mutations – which alter long sections of DNA – for any plant and could lead to the creation of new tomato varieties and the improvement of existing ones. Lippman says that a handful of the mutations his team identified alter key characteristics, such as flavor and weight.

Lippman's team studied mutations that are much bigger than what scientists usually study. Such mutations, called structural variations, modify the DNA's structure by copying, deleting, inserting, or moving long sections of DNA elsewhere in the genome. The research team not only found these mutations in tomato and its wild relatives but also determined how they function within the plants.

The study, conducted in collaboration with Michael Schatz at Johns Hopkins University and others, identified more than 200,000 structural mutations in tomatoes using a technique called long-read sequencing. The majority of the mutations they found do not change genes that encode traits, but many of these mutations alter mechanisms controlling genes' activity. One such gene, for instance, controls tomato fruit size. By modifying the DNA structure, Lippman's team was able to alter fruit production. Plants lacking the gene never made fruit, while plants with three copies of the gene made fruit about 30 percent larger than those with just a single copy. Lippman's team also showed how DNA structure can influence traits.

For more details, read the article in HHMI News.