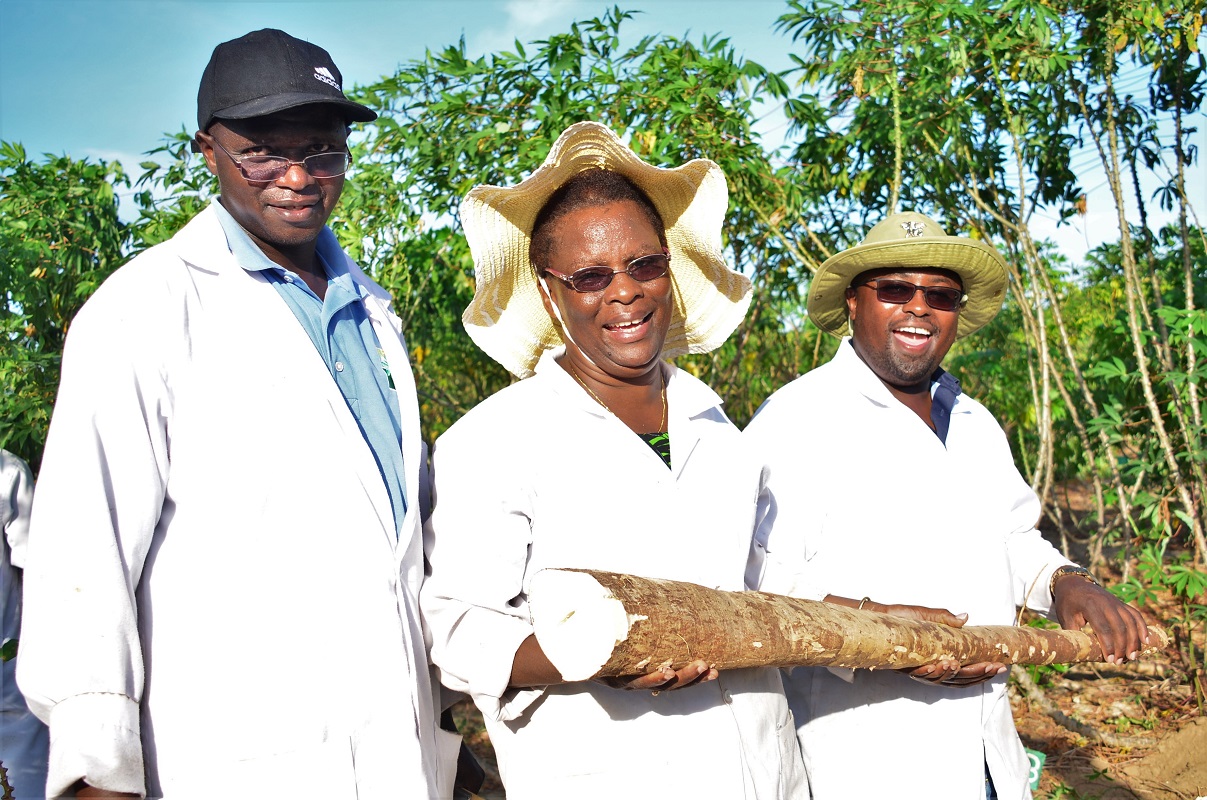 Cassava researchers in Kenya have asked the Government to approve a disease-resistant genetically modified (GM) cassava which can protect the farmers cultivating the crop from devastating losses.

An application by Kenya Agricultural and Livestock Research Organization (KALRO) for environmental release and commercialization of brown streak disease (CBSD) resistant cassava line 4046 has been submitted to the National Biosafety Authority (NBA).

The NBA published a notice requesting the public to participate by sending their comments on this application. The public participation process, which will take 30 days from when the notice was published, ends on June 14, 2020. "The Authority, thereafter, will make a final decision on the application based on safety assessment, socio-economic considerations, and relevant comments received from the public," reads the notice.

The application, containing extensive information on the safety of this trait, was developed using modern biotechnology to express high levels of resistance to CBSD, a disease spread by whiteflies and by infected cuttings. The application is currently undergoing a science-based review process by the NBA, together with relevant regulatory agencies and independent experts, to ascertain that cassava line 4046 is safe to human and animal health, and to the environment.

Farmers and consumers will benefit from CBSD-resistant cassava as it promises increased cassava root quality and marketable yield. The improved cassava was developed under the VIRCA Plus project, a collaborative program between KALRO, the National Agricultural Research Organization (NARO) Uganda, and the Donald Danforth Plant Science Center. KALRO's Application follows several years of laboratory, greenhouse, and confined field trials.

Speaking after submission of the Environmental Release Application, KALRO Director-General Dr. Eliud  Kireger said should the Application be approved,  the disease-resistant Cassava Line 4046 will be availed to breeders, subsequently providing crop improvement options. This will significantly contribute to food security and the creation of thousands of jobs along the value chain due to the crop's potential for multipurpose use.

Kenya's VIRCA Plus Principal Investigator Prof. Douglas Miano is delighted to be leading the team of scientists addressing the CBSD problem. "We were looking for a viable intervention and we have got it! I feel very proud of being part of this achievement," he enthused.

ISAAA AfriCenter has been handling the communication and policy engagement component of the project in the country. "AfriCenter is committed to engaging all stakeholders along the cassava value chain and build a strong knowledge base for supporting the Application based on scientific evidence generated by the project team. Our farmers will then have a choice of accessing different varieties of high-quality cassava," said Dr. Margaret Karembu, AfriCenter Director and head of VIRCA Plus Kenya communications team.

All interested parties and persons are encouraged to submit written comments on the application to reach the NBA not later than June 14, 2020. Public participation forms can be downloaded from the NBA website.