Eggplant is an important vegetable crop grown in many parts of the world. The eggplant fruit is used in several cuisines, preferred by many people as it absorbs oils and food flavors into its flesh through cooking. In some countries in South Asia such as India and Bangladesh, eggplant, locally known as brinjal, is a staple. It comes in different shapes and colors as some are striped and round, others white and short, looking like a chicken egg, thus its most famous name.

In these countries, eggplant farming is severely affected by the eggplant fruit and shoot borer (EFSB). Farmers experience significant yield losses up to 73% annually due to EFSB. To address this problem, many eggplant farmers in the Philippines and Bangladesh frequently spray chemical insecticides almost daily, or up to 80 times per cropping season, costing them almost 20-40% of the total production. The practice is unhealthy not only to farmers, their families, and communities but also to consumers and the environment. By using biotechnology to introduce FSB resistance in eggplant, farmers will benefit from high yields of good quality fruits. They will also save on production and labor costs as fewer or no pesticides will be used in controlling the insect pest. 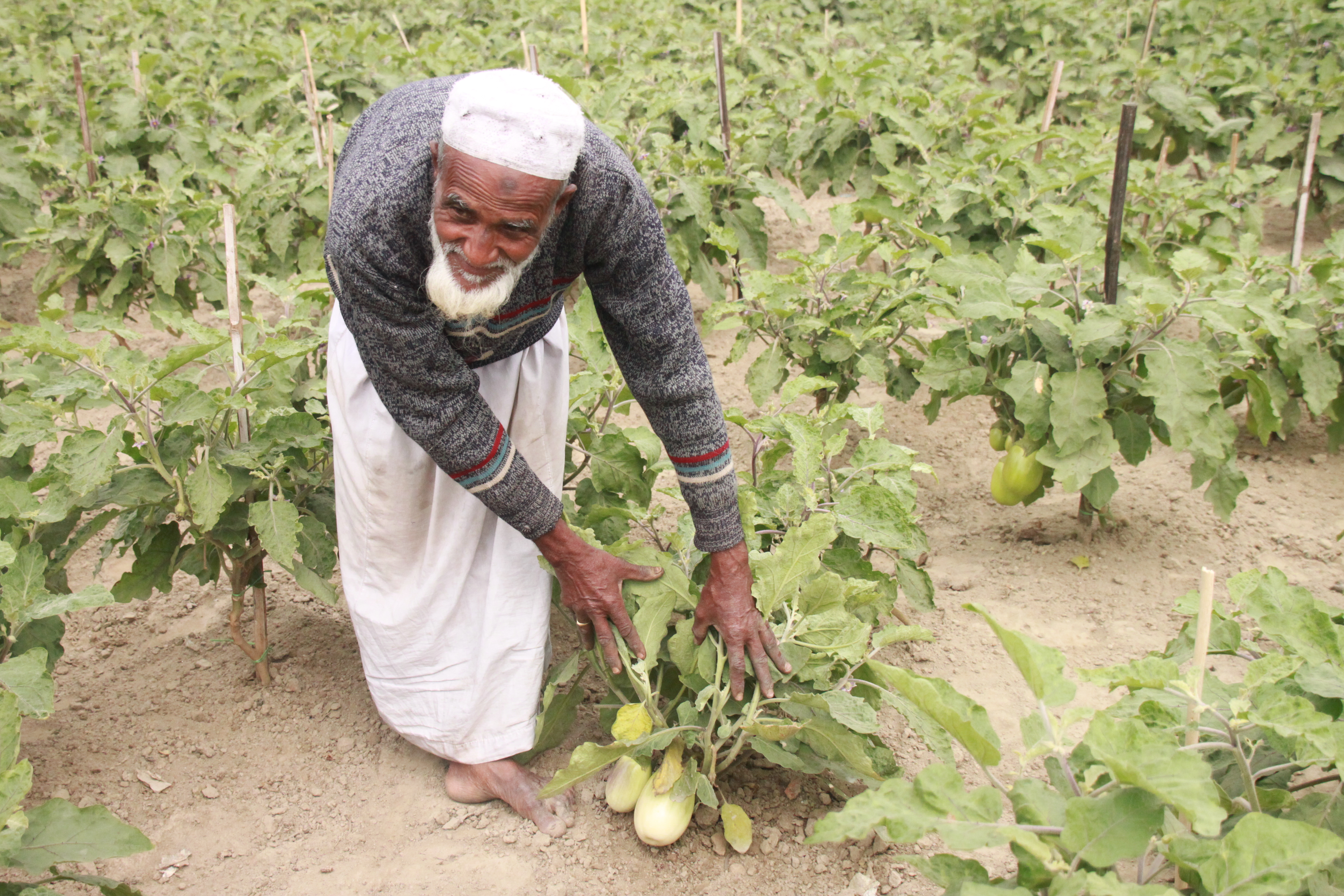 In the Philippines, research and development on the FSBR resistant Bt talong is led by the Institute of Plant Breeding at the University of the Philippines Los Baños. Field trials were completed in 2012, and the next stage in the regulatory process is the applications to the Bureau of Plant Industry for food, feed and processing, and commercial propagation and the registration of the plant incorporated protectant (PIP) with the Fertilizer and Pesticide Authority. If Bt talong is approved for commercial planting in the Philippines, it is expected to boost yields by 192% and reduce pesticide use by 48%.