As the world's population grows, the demands for agriculture keep increasing. Agriculture is the primary source of the world's food supply, and every country depends on it not only for food but also for feed, fiber, and fuel. However, modern agriculture, including food and feed production and distribution contribute enormously to greenhouse gas emissions that cause global warming, which leads to climate change.

Biotech crops slow down the effects of climate change

Biotechnology offers a solution to reduce greenhouse gases and slow down climate change. Biotech crops for the last 25 years of commercialization have contributed to reducing CO2 emissions and allowed farmers to use environment-friendly energy, less fertilizer and chemical pesticides, and practice soil carbon sequestration. Here are five solutions that biotechnology offers to slow down climate change.

Herbicide tolerant (HT) biotech crops are vital to farmers' fight against weeds. HT crops tolerate exposure to broad-spectrum herbicides such as glyphosate and glufosinate. These crops are compatible with no-till methods, which help preserve the topsoil.

HT biotech crops facilitate zero or no-till farming, which significantly reduces the loss of carbon from the soil (carbon sequestration), CO2 emissions, and fuel use, and prevents soil erosion. A study conducted at the University of Saskatchewan, Canada in 2021 reports that HT biotech crops increase soil carbon sequestration, keeping CO2 in the ground instead of releasing it into the atmosphere. HT biotech crops help farmers and the environment as they require less labor and fewer resources for fossil fuel for tractors that plow the soil. Since their introduction, herbicide tolerance technology has helped millions of farmers who plant HT biotech crops. In 2019, ISAAA reported that herbicide tolerance trait was the second most dominant trait deployed in soybeans, maize, canola, cotton, sugar beets, and alfalfa, occupying 81.5 million hectares.

Insect pests cause significant damage to crops, reducing yields and prompting farmers to continually spray their plants with pesticides. Excessive use of these pesticides is harmful to humans and the environment so scientists developed insect resistant (IR) biotech crops using a gene from the soil bacterium Bacillus thuringiensis. Insect resistant biotech crops, first introduced in maize (corn) and cotton in the mid-1990s, require fewer pesticide sprays, which results in savings of tractor/fossil fuel and thus less CO2 is released into the atmosphere.

According to the 2018 PG Economics study by Graham Brookes and Peter Barfoot, planting IR biotech crops has helped save 776 million kg. a.i. of pesticides in 1996-2018 and by 51.7 million kg in 2018 alone from being released into the environment. In 2019, ISAAA reported that IR biotech crops were planted in 23.6 million hectares in India, Brazil, China, Pakistan, USA, Myanmar, South Africa, Sudan, Malawi, Nigeria, Spain, Portugal, Bangladesh, Eswatini, and Ethiopia. Brookes and Barfoot report that globally in 2018, the farm-level impact of using IR biotech cotton was US$4.38 billion and US$3.37 billion for IR biotech maize. 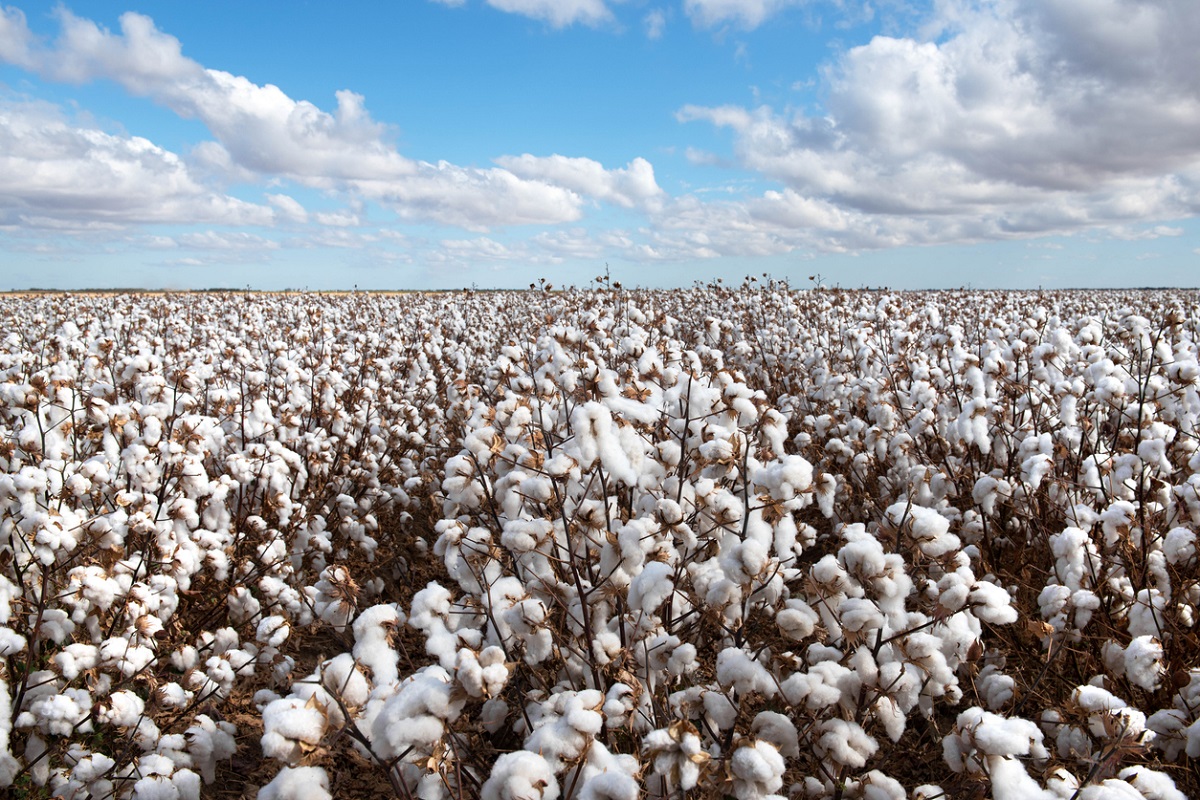 Biotech salt tolerant crops have been developed in countries such as the USA, China, and Australia, and some are currently undergoing field trials. In Australia, field trials of 1,161 lines of genetically modified (GM) wheat and 1,179 lines of GM barley modified to contain one of 35 genes obtained from wheat, barley, maize, thale cress, moss, or yeasts were conducted in 2010-2015. Some of the genes are expected to enhance tolerance to drought, cold, salinity, and low phosphorous. Sugarcane that contains a transcription factor (OsDREB1A) also completed field trial in 2015.

Genes influencing salt tolerance have been found in various plants. In 2019, scientists at the University of Western Australia discovered two enzymes that explain wheat's sensitivity to salty soils. In 2020, scientists from China National Rice Research Institute identified a gene in rice that influences sugar metabolism as well as the plant's response to salinity stress. Similarly, a team from the US and South Korea has engineered thale cress to behave like a succulent with improved water-use efficiency, and salinity tolerance by overexpressing a gene involved in berry development in wine grapes.

Agriculture is the largest consumer of water in the world, and in many developing countries, the use of water for agriculture can exceed 90% of consumption. The scarcity of water presents a major disaster worldwide, and droughts have caused significant yield losses in recent years. Drought tolerant biotech crops carrying genes for water-stress management have been developed by scientists as a solution to yield losses due to drought.

In 2019, soybean varieties carrying the drought-tolerant HB4® trait were introduced in Argentina. HB4® soybeans deliver two layers of value for farmers as they are both drought and herbicide tolerant. The HB4® technology reduces yield loss when the crop is challenged by drought. The US approval for HB4® soybeans followed in the same year, with the approval in Canada granted in 2021.

In 2020, Argentina became the first country in the world to approve HB4® drought tolerant wheat for growth and consumption. The HB4 trait increases wheat yields by up to 20% and is currently the only drought tolerance technology for wheat and soybean crops in the world. In November 2021, Brazil approved HB4® wheat flour for animal and human consumption. 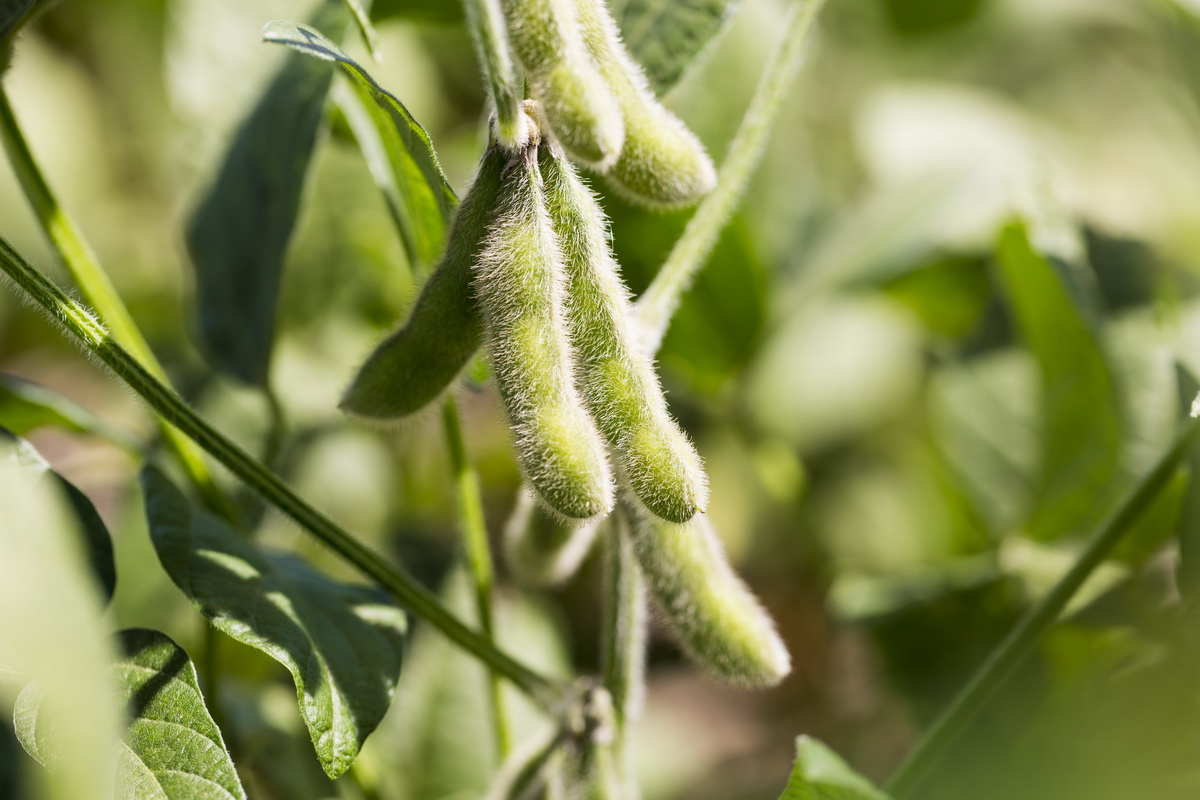 Using genetic and molecular approaches, several genes for cold tolerance have been identified in rice, sugarcane, sorghum, and potatoes. Cold tolerant GM crops are being developed such as GM eucalypti, which is currently being field-tested in the US by Arborgen LLC since 2010. Thale cress has been improved to contain the DaIRIP4 from Deschapsia antarctica, a hairgrass that thrives in frosts down to -30C, and sugarcane is being introgressed with genes from cold tolerant wild varieties.

Biotech crops are planted and adopted globally because of their enormous benefits to the environment, animal and human health, and to the improvement of global food security, sustainability, and climate change mitigation. Biotech crops increased crop productivity by 822 million tons valued at US$224.9 billion in 1996-2018; and 86.9 million tons valued at US$18.9 billion in 2018 alone. These crops also help conserve biodiversity and provide a better environment by saving on pesticide use and reducing CO2 emissions in 2018 by 23 billion kg, equivalent to taking 15.3 million cars off the road for one year. Lastly, biotech crops help alleviate poverty by uplifting the economic situation of 17 million small farmers and their families totaling >65 million people, who are some of the poorest people in the world.