Philippine Agriculture Secretary Dr. William D. Dar led the launch and inauguration of a state-of-the-art Crop Biotechnology Center (CBC) of the Department of Agriculture located at the Philippine Rice Research Institute (PhilRice) complex, in the Science City of Munoz, Nueva Ecija on September 30, 2021. The facility will help the country attain the United Nations' “Sustainable Development Goal No. 2 on Zero Hunger,” said Secretary Dar. 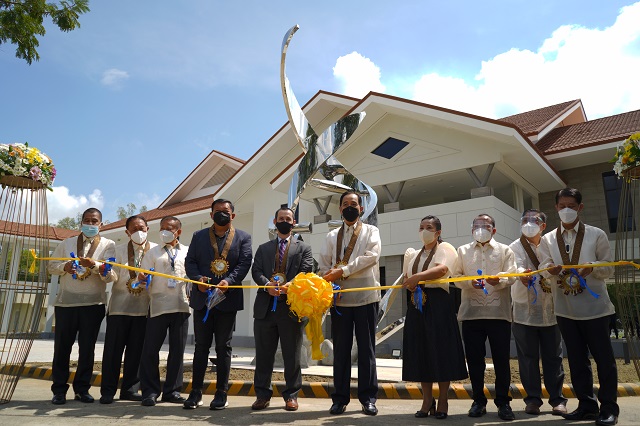 The role of biotechnology and other scientific innovations in global food security was highlighted during the recent UN Food Systems Summit held in New York, USA. Secretary Dar said that biotechnology is the Philippine government’s response to the call for sustainable agricultural modernization. The establishment of state-of-the-art facilities for research and development activities to ensure sustainable production of quality food items is one of the investments of the Philippine government.

Through the DA-CBC, Filipino scientists will develop crop varieties that are high-yielding, early maturing, sturdier against pests and diseases, climate-resilient, more nutritious, and cost-efficient for the benefit of current and succeeding generations of Filipinos.

“This Crop Biotechnology Center is not just a showcase, but the ‘ground zero’ for increasing the productivity of various crops to feed the growing population of the country, which is also being tested by the Covid-19 pandemic,” said Secretary Dar.

DA-CBC chief Dr. Roel Suralta said that crop scientists of the “OneDA Family” agencies are all welcome to conduct their respective researches in the center for major crops, in addition to rice, such as corn, coconut, coffee, sugarcane, and banana.

The P277.3-million CBC was funded under the US Public Law (US PL) 480 Program funds, known as the Food for Peace Program.

“The US is proud to support the construction of the CBC thru the US PL 480 Program. This cutting-edge center will be the heart for Philippines’ research and development on critical areas in agriculture biotechnology,” said Heather Variava, Chargé D’ Affaires of the United States Embassy in the Philippines, who was represented by US agriculture attaché Ryan Bedford.

The Philippines is the first country to plant a biotech crop in Southeast Asia in 2003 after Bt maize was approved for planting in 2002. The country ranked 12th among 29 biotech crop planting countries in the world in 2019 when more than 673,000 Filipino farmers planted 875,000 hectares of biotech corn.

For more details about the DA-CBC, read the press release from PhilRice. For updates and developments on biotech in the Philippines, download Biotech Country Facts and Trends: Philippines from the ISAAA website.