12 October 2021, Abuja, Nigeria - The Federal Government of Nigeria has granted environmental approval for evaluation and open cultivation of TELA Maize, a new maize variety genetically modified to tolerate moderate drought and resist the fall armyworm and stem borer. This development now places Nigeria one step closer to commercializing the biotech maize and becoming the second African county after South Africa to do so. 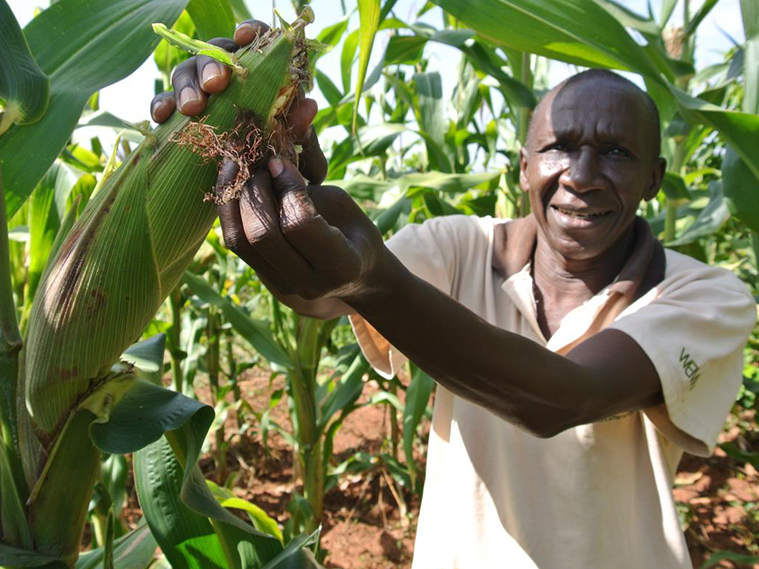 The approval was contained in a Certificate issued to the country’s Institute for Agricultural Research (IAR) whose researchers developed the variety. It was issued by the National Biosafety Management Agency (NBMA), the federal government agency mandated to regulate genetically modified products in the country. The Certificate, with permit code no. NBMA/CM/003, allows the commercial release of TELA Maize effective from October 8, 2021 to October 5, 2024.

A decision document accompanying the certificate from NBMA said that the decision to grant the permit after consideration of the advice of the National Biosafety Committee, National Biosafety Technical Sub-Committee and the risk management report provided by the applicant.

“The Agency was convinced that there are no known adverse impacts to the conservation and sustainable use of biodiversity, taking into account risk to human health. The permit, pursuant to this decision, is without prejudice to other extant legal requirements,” stated the decision document signed by NBMA Director General/CEO Dr. Rufus Ebegba.

Reacting to the decision, Prof. Mohammed Ishiyaku, Executive Director of IAR, said it is inspiring to secure the approval for the commercial release of the drought tolerant and insect resistant maize. “The next step is to further evaluate the performance of this new variety by farmers on their fields in all the major maize growing belts in Nigeria. Thereafter, we shall seek another approval by the National variety release committee before making the seeds commercially available for farmers to plant in the 2023 cropping season,” Prof. Ishiyaku remarked.

On his part, Prof. Abdullahi Mustapha, the Director General/CEO of Nigeria’s National Biotechnology Development Agency (NABDA), said that TELA maize will play a key role in ensuring the country becomes food secure, exuding confidence that the challenge of drought and pest infestation on maize will be a thing of the past.

Perennial drought and infestation by the fall army worm and stem borer are major contributors to low maize production in Nigeria rendering the country food insecure owing to the crop’s status as a food staple. Though maize is the most cultivated crop in the country, grown by almost 50% of the farming households, it is still unable to meet the domestic demand for the crop, estimated at 15-18 tons annually.

TELA maize has the potential to transform Nigeria’s farming communities with higher yields, better grain quality and higher farm income. The TELA Maize Project was launched in 2018 and is a part of an international Consortium coordinated by AATF, involving Bayer, International Maize and Wheat Improvement Center (CIMMYT), and the National Agricultural Research Systems of seven countries including Ethiopia, Kenya, Mozambique, Nigeria, South Africa, Tanzania, and Uganda.