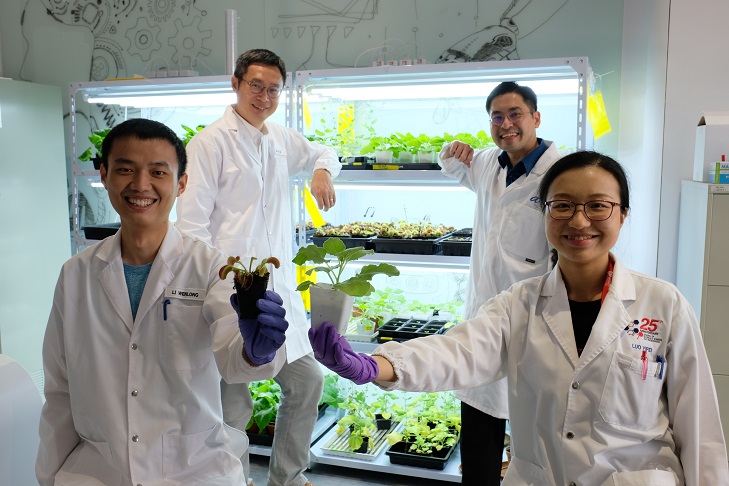 A group of experts led by scientists from Nanyang Technological University in Singapore (NTU Singapore) has developed a communication device that can deliver electrical signals to and from plants. The findings are published in Nature Electronics.

For decades, scientists have known that plants emit electrical signals to sense and respond to their environment. Measuring the electrical signals emitted by plants could help researchers in various applications, including plant-based robots or early disease detection for food security.

The NTU team used the Venus flytrap, which was attached to a conformable electrode using hydrogel as adhesive. Through this system, the researchers can pick up electrical signals to monitor how the plant responds to its environment and send electrical signals to the plant to stimulate it to close its leaves. However, the electrical signals were too weak because of irregular surfaces of the plant that interfere with the attachment of the device. This led the team to use another method similar to an electrocardiogram (ECG) commonly used to detect heart problems.

As a proof-of-concept, the researchers attached their 3-mm device to the surface of a Venus flytrap and with the use of a smartphone, successfully stimulated the leaf to close on demand as well as pick up a piece of wire through a robotic arm.