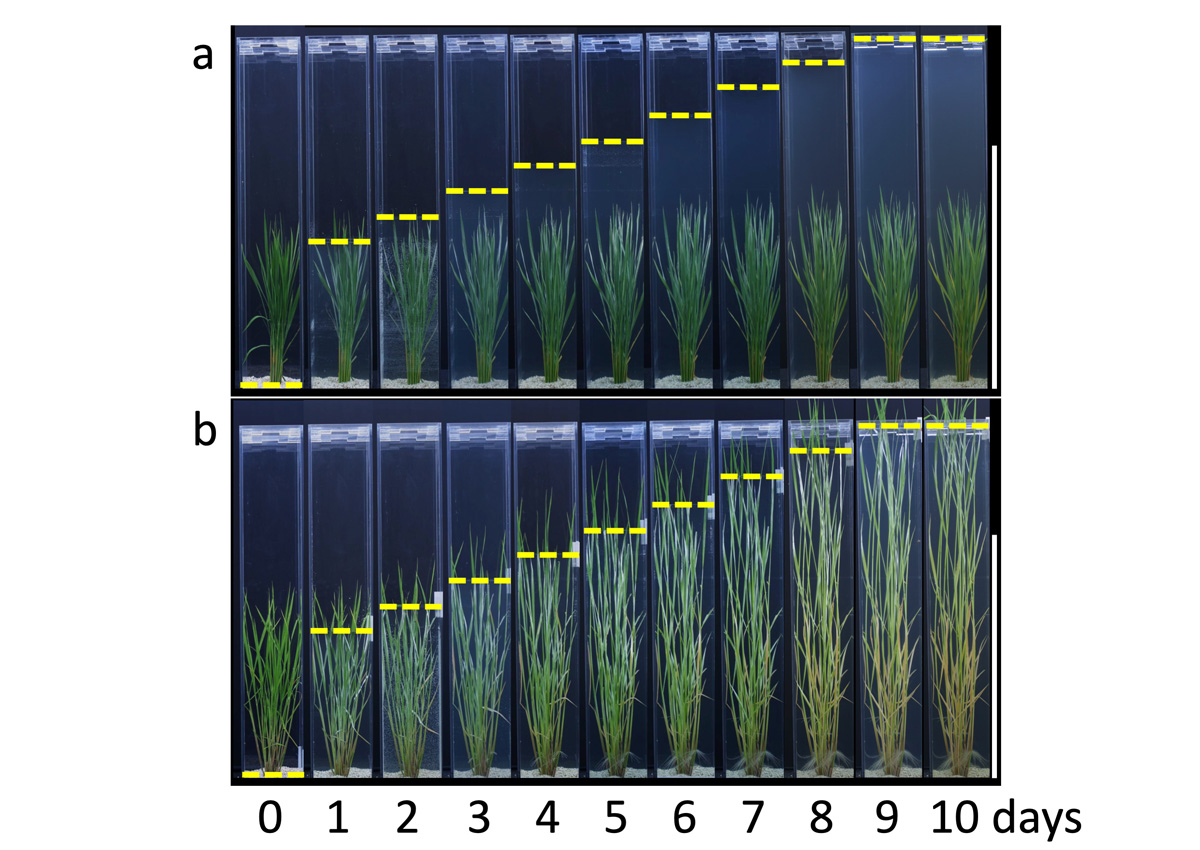 A short paddy rice variety (above) and long deepwater variety (below) were placed in rising levels of deep water. ACE1 was specifically triggered in the deepwater variety, stimulating elongation above water level. Photo Source: Motoyuki Ashikari

Gibberellic acid is a key driver of plant growth, activating cell division in the stem tissue and causing the stem to lengthen. Breeders know they can control plant height by stimulating or inhibiting gibberellic acid activity. However, exactly how this works has been unclear. Bioscientist Motoyuki Ashikari and his team of researchers conducted genetic studies and identified the two genes that are involved in regulating rice plant growth. They also showed that gibberellic acid is necessary, but not enough, for stem elongation.

The two genes, however, counteract each other as part of the regulation process. In the presence of gibberellic acid, ACE1 stimulates cell division and elongation of the stem's 'internode' sections in deepwater rice. The shorter paddy rice variety did not have a functional ACE1 gene, but it did have a homologous ACE1-like gene that was switched on to activate stem elongation at a different point of plant development. DEC1 was found in both the deepwater and paddy rice varieties and its expression was reduced when deepwater rice plants were placed in deep water or treated with gibberellic acid. However, DEC1 continued to be expressed in paddy rice, even under the same conditions, suggesting this gene helps to suppress stem growth.