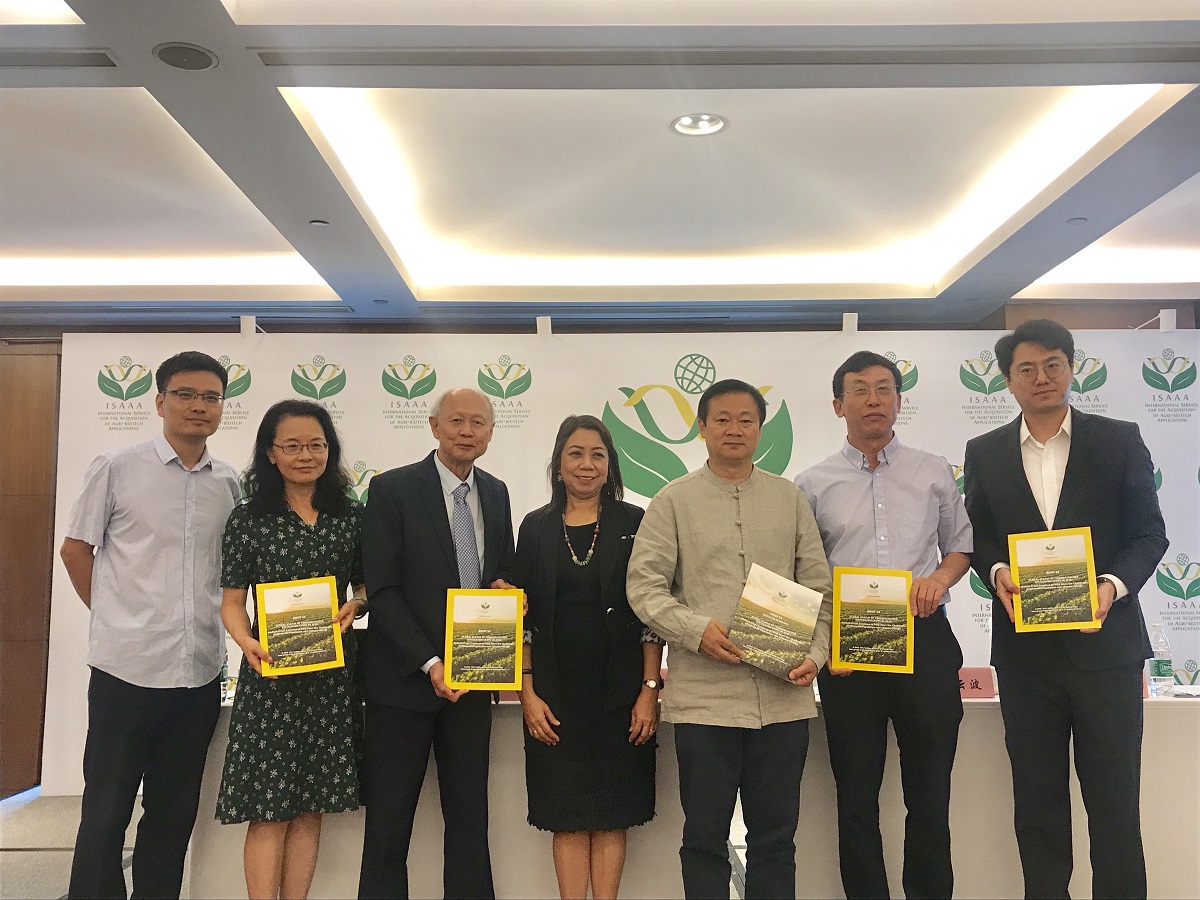 Adoption rates of the top five biotech crop-planting countries were close to 100% in 2018, according to the Global Status of Commercialized Biotech/GM Crops in 2018. The report was released by the International Service of Acquisition on Agri-biotech Applications (ISAAA) on August 22, 2019 during a seminar in Tokyo, Japan, attended by 90 stakeholders. The U.S., Brazil, Argentina, Canada, and India, which have gained enormous benefits from planting GM crops over the years, continue to adopt GM crops to meet the challenges of increased population and climate change.

The seminar in Tokyo, Japan was organized in collaboration with Nippon Biotechnology Information Center and Japan BioIndustry Association. The report was also launched in Beijing, China during a press conference in collaboration with CropLife Beijing office and a seminar organized by the Chinese Academy of Agricultural Sciences.

Download the Executive Summary of the report from the ISAAA website. The full report is available for purchase in electronic format.