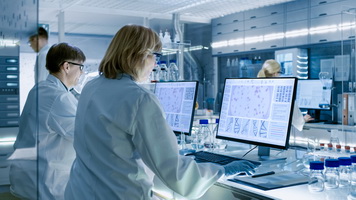 Modern biotechnology (transgenesis and gene editing) helps achieve an increase in food production without the need for more land area for agriculture. It is expected to continue contributing to achieving global food production and thus it is necessary for this technology to be widely accepted. For this reason, experts from DowDuPont published a review on how government regulations of gene-edited crops and public acceptance of these crops are affect each other.

The paper showed a comparison between the regulatory oversight of traditional crops and genetically modified crops. Government authorities rarely assessed traditional crops due to their remarkable track safety records. As for genetically modified crops, some have suggested that the rigorous regulatory oversight will instill consumer acceptance. However, this contradicts with the history of GM crops' acceptance which exhibited that arduous regulation has likely led to public distrust. This contributed to the notion that GM crops are risky. But in reality, the risks are similar to those of traditional crops'. Thus, the authors investigate if risk-disproportionate regulation leads to the validation of the public's fears and distrust towards controversial yet safe technologies.

The paper also states that risks are always involved when trying to gain the public's trust towards an underlying technology. These risks include confusing the purpose of risk assessment. For instance, when a voluminous data on risk assessment is presented to meet regulatory requirements, the real safety risks are not readily distinguishable from negligible risks. Another risk mentioned was the obstruction of the delivery of beneficial technologies to the market due to the time and cost it takes the developers to gather non-risk based regulatory approvals.

It was concluded that separating the goal of regulating technologies to protect public safety from the goal of attaining public acceptance may help avoid the risk of meeting neither goals. The authors also emphasized that education and outreach are a better use of government resources to gain public acceptance of beneficial technologies. However, it was noted that these efforts will be maximized if aimed at an audience who are willing to consider new information instead of an audience who already believes that they know everything about the technology. Factual communications from trusted and reliable sources were also highlighted to oppose misinformation commonly spread through social media.

See the complete review in Trends in Biotechnology.