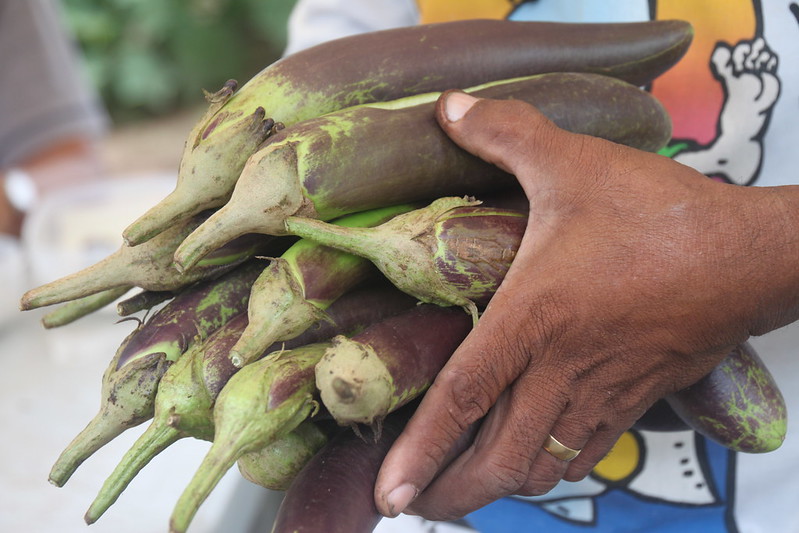 Eggplant farmers suffer significant yield losses at 51-73% annually due to the eggplant fruit and shoot borer (FSB). To address this problem, many eggplant farmers in major eggplant producing areas in the Philippines and Bangladesh spray chemical insecticides every other day, or up to 80 times per growing season. The practice is unacceptable and unhealthy to consumers, farmers, and the environment. It is also a common practice in the Philippines to dip unharvested eggplant fruits in a mix of chemicals to ensure marketability of fruits. In India, farmers spray insecticides 20-40 times per crop cycle or else they will have no harvest. 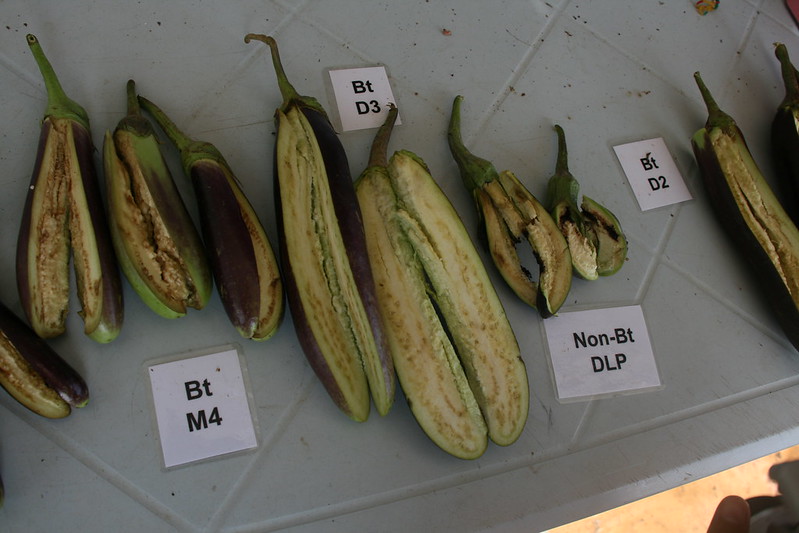 With the success of Bt maize in combating pests, scientists have incorporated the Bt gene to eggplant to confer insect resistance. Experts from the Institute of Plant Breeding at the University of the Philippines Los Baños developed Bt eggplant. Once this becomes available, eggplant farmers are expected to gain more profit because of the increase in marketable yield and reduced pesticide use. Studies on the potential costs and benefits of Bt eggplant showed that the average potential net benefit of planting Bt eggplant ranges from 120,000 (US$2,753) to 272,000 (US$ 6,243)/ha higher than conventional varieties.

To know more about the Bt eggplant technology and the status of Bt eggplant in Bangladesh, Philippines, and India, download ISAAA Pocket K No. 48: Bt Eggplant.